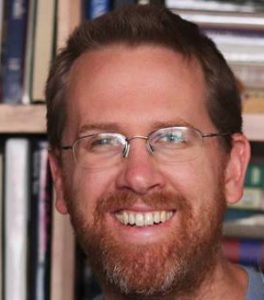 Adam Green is Professor of Philosophy at the University of Oklahoma. We invited him to answer the question “Is there a future for the philosophy of religion?” as part of our “Philosophers of Religion on Philosophy of Religion” series.

There clearly is a future for philosophy of religion. The only question to my mind is which of a number of plausible alternatives it will be. In a previous post concerning what makes for good or bad philosophy of religion, I argued that one cannot give a complete answer to that question without accounting for “relevance,” that is, “relevance to the attempts of actual people to answer the big questions at the heart of philosophy of religion regarding whether the natural is all there is, whether there is a God or some other divine feature of reality, how our answers to the first two questions affect moral agency and the meaning of life, etc”.1 Relevance, however, invites the question “relevant to whom?” and “relevant in virtue of what qualitative standard?” And that’s where the diverging potential paths for a future philosophy of religion come into play.

The founding members of the Society of Christian Philosophers, their heirs, and their antagonists defined much of philosophy of religion from the last several decades of the twentieth century to today. They have largely consisted in Protestant and Catholic philosophers and folks who are interested in arguing with the same. The early work of Al Plantinga, William Alston, and their compatriots sought to show that religious belief and in particular Christian belief in God was not necessarily irrational, thereby carving out a space in academia for Christian philosophers to be “out.” The venture was successful and created a lot of interest amongst Christians in engaging in academic philosophy, not only to defend the cogency of their faith but to explore the philosophical questions intrinsic to it.

The project of defending the intellectual integrity of Christian belief against the perceived hegemony of a secular intelligentsia does not have to be a conservative project, but it lends itself to such a branding. As the original SCP project has matured, one of the live questions for philosophy of religion has been whether it will continue to be organized around issues and arguments that best reflect conservative Christian sensibilities or whether the concerns of more liberal leaning Christians will change the field whether by addition or subtraction. This question has only been exacerbated by the increasing divide and acrimony between conservatives and liberals in the United States in light of the #metoo movement, black lives matter, the Trump presidency, climate change, the pandemic, etc.

Furthermore, as Christian philosophy has gone from something of a sustained protest to something more like a settled field with its own gatekeepers, persons of faith who are not Christian (or at least not card-carrying Protestants and Catholics) have increasingly felt unfairly marginalized within a field that should reflect the fact that they too are thinking persons of faith with rich and philosophically interesting things to say. There have been strategic efforts to include more voices in the field to be sure. There is, though, no parity. A Jewish-Christian philosophical dialogue that turns into a special issue of a journal or a token spot for a non-Christian person of faith in every conference lineup does not change the reality on the ground that the philosophy of religion is a heavily Christianized field.

At the same time, developments in other academic fields have put pressure on the methodology of philosophy of religion for Christian and non-Christian alike. It was already the case that the emergence of Christian philosophy in its current form was heavily influenced and probably helped by the coemergence of externalism in the epistemology of the 80s. Certainly it is not the case that every Christian philosopher is a reformed epistemologists, but externalism put a monkey wrench into the easy critique of religion as either obviously irrational or at least the sort of thing that should not be talked about in a respectable public forum being as it supposedly rests on private experiential evidence. It is something of an open question, though, how certain developments since then will affect the field. Within epistemology, there has been a turn to the social (as seen by the explosion of work on testimony and disagreement) followed by the mainstreaming of work in feminist epistemology (e.g. since Fricker’s 2007 book Epistemic Injustice). This work, again in dialogue with related social and political developments outside of philosophy, has put a great deal of focus on the intersection of morality, politics, and epistemology. This development’s application to religion has not yet been thoroughly metabolized but significantly changes the background against which we ask what it means to believe in God.

Likewise, the advent of experimental philosophy and the consequent interrogation of philosophical intuitions as evidence has called into question vast swaths of philosophical practice that certainly include the philosophy of religion. In like manner, Bayesianism and other formal epistemic methods have increasingly been applied to traditional philosophical discussions in ways that call into question the sensitivity of traditional philosophical methods to probabilistic considerations. Meanwhile, evolutionary psychology has matured as an academic field and the cognitive science of religion was invented. These fields present new empirical facts and plausible hypotheses that must be accounted for in addition to sometimes calling into question the validity and even the origin of some of the intuitions that we might otherwise rely on when theorizing about religion. Likewise, philosophers are just beginning to realize that anthropology and social science house a wealth of relevant evidence for theses in the philosophy of religion and that much of the religious phenomena of the past and present has very little to do with the orthodoxy or even the orthopraxy of the major world religions.

Finally, the John Templeton Foundation and Templeton Religion Trust have emerged as incredibly important, field-shaping funding sources. Unless either Templeton organization were to lose interest in the philosophy of religion or several alternative deep-pocketed funders were to enter the picture, I cannot imagine a future in the next 10-20 years (if not longer) that is not deeply impacted by their priorities. What’s interesting about that is (I) Templeton has traditionally been very interested in sponsoring the work of leading SCP figures while also (II) being more interested in the science-religion dialogue generally than in a particular religious group and (III) showing interest in making the philosophy of religion a more global conversation, especially recently.

In conclusion, then, philosophy of religion will certainly have a future, at least de re, but it is an open question which of two kinds of future it will have. Over the last 40-50 years, philosophy of religion has managed to maintain a decent degree of integration across the field. We have been having one conversation or close enough. This state of things has been propped up, however, by the fact that one religion (or one subset thereof) has been disproportionately represented as the voice of religion in that conversation. I find that history perfectly understandable all things considered, and a lot of good work has been produced. It’s unlikely to continue in just the same way, though, as a single Christianized field that gradually includes non-Christian persons of faith at the fringes. It is still possible for philosophy of religion to evolve as a single conversation (or close enough) with even more voices and methodological approaches represented. Insofar as philosophical diversity mirrors social diversity and the social and political context is one of toxic polarization, maintaining the relative integration the field has enjoyed will prove difficult in the long haul but not impossible. The alternative is that, as more voices and methodologies fight for a piece of the field with a zero-sum game mindset, that the field functionally breaks up into many different sub-fields that end up having to brand themselves accordingly. If this is the way things go, I would predict that the end result will actually be that the field will stagnate, shrink, or grow much more slowly and often at the expense of the smallest and most marginal groups. The different philosophies of religion will compete for resources and members without sufficient infrastructure and prestige mechanisms necessary to reward much membership in different philosophy of religion communities. As “philosophy of religion” as a whole becomes a mere category label for a domain that houses a thousand functionally insulated projects, the interest of funders and institutions in philosophy of religion as a whole will dwindle. Even on this second path, however, I cannot see it completely disappearing. There is too much intrinsic folk interest in religion for academia to ignore it quite that completely, however well or poorly philosophers of religion play together.