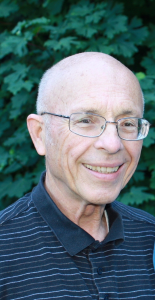 William F. Nietmann is Emeritus Professor of Philosophy at Northern Arizona University. We invited him to answer the question “What norms or values define excellent philosophy of religion? as part of our “Philosophers of Religion on Philosophy of Religion” series.

A philosopher probes what makes sense and what doesn’t. Philosophizing is a creative activity. Yet, taught as information concerning what this and that philosopher conclude about some issue makes philosophy a matter of ultimate indifference. Handed-down pedagogical practices and their textbook recitations of philosophy’s history—who said what, when, where—reveal little about what makes philosophy interesting and important. Classes which pour information into the students’ heads might add sophistication concerning the cultured world but likely leave students with the yawning indifference of “to each their own.” Philosophy as information is boring. It becomes exciting when these issues come alive as the student’s own. It happens with Socrates questioning people’s opinions in Plato’s dialogues. Students involved in doing philosophy find it a challenging and worthwhile activity.

Making sense can be cultivated by the practice of Socratic maieutic. It is an unconventional pedagogy because of its seeming ad hoc characteristics. However, improvisation requires knowing the history of philosophy with its resultant intellectual frameworks shaping not only what we take seriously but also the logic of what is thought. Developing a course dominated by the sharp tool of the critical question keeps the professor in a persistent mode of analysis as s/he works in the roles of protagonist or antagonist: “If what you say were true, then wouldn’t such and such be an unwelcomed result?” “How can that be argued if such and such is not the case?” Mastering the “critical question” moves students away from memorizing and repeating information into a confrontation with ideas.

Specific reading assignments vis a vis the issues depend on the philosopher’s interests, but the pertinent original material confronts students with the mind of a person intimately involved with an issue. Students prepare for class by developing critical questions (3″ by 5″ cards). Issues confronted by involved thinkers start to live when students, charged with the responsibility of developing critical questions, test their own reasoning powers. Does the author make sense? Discussion emerges in confrontation between thesis and counter thesis. Unused to such responsibility, students typically resort to asking for information: “I don’t understand this—what did she mean when she said . . . ?” and though the sought-for information might be provided through a mini-lecture, the professorial challenge remains that working with the student in developing the capacity to test the author’s position on a point. It is the challenge of the critical question.

What students take away from a philosophy of religion class, hopefully, is a view of how religious language works. Typically, they expect information about other of the world’s religions upon entering the class. These courses, found in Religious Studies Departments, miss what is demanding and important about the philosophy of religion: Do the underlying presumptions about religion make religious sense? Their analyses may shed light on some part of the intellectual space in which their religious thinking lives.

Thus the course question, “Why would anyone be religious?” anticipates moralistic incentives, first cause explanations, aesthetic awe or wonder, the presence of a seemingly rational universe in attempts at an answer this question, notions widely assumed in “common sense” conversation about religion. Skepticism created in the modern period (seventeenth century onward) challenged supernatural explanations, yielding to natural accounts of any of these phenomena. Unbowed, religious sympathizers defended their theses even melding philosophical outlooks of the modern period into a religious framework. Yet, all pay homage to a notion of an “ultimate truth” in the assertions made. The philosophical groundwork for understanding why or how such thinking originates is addressed in a philosophy of religion course. Thinking, as I do, that objectivistic accounts used in understanding religion are misguided, I would move toward a quite different possibility.

Why should religion exist at all? What forces the rise of religious language in the first place? This starting point brackets question of the objective existence of specific elements of religious beliefs or the efficacy of religious practices in order to reflect what there is in the human condition which forges itself into a religious language. It is a phenomenological probing of what “being human” entails which moves into the domain of hermeneutics.

Philosophically charged linguistic structures inherited in a subject-predicate grammar, Plato works into the subject term, pure Idea, purified or corrupted by dint of predicates incorporated into its life. The essential person is rational soul, eternal and divine, in danger of being compromised by a forever-in-flux corrupting material existence. It is only by striving for ‘the Good, the True, the rationally Beautiful,’ that there is authentic self-fulfillment. Neo-Platonist St. Augustine speaks of “being restless” until finding rest in the perfection of a changeless God. Buddhist priests seek enlightenment. It’s a typical religious theme in world religions aimed at staunching the drain of meaninglessness from life. Unnoticed is that the metaphysical distinction between essence (soul) and existence (body) begs the question of religious relevance. On this point (curiously), New Testament language insists on the impossibility of fleeing from intrinsic meaninglessness but believes in the necessity of a bodily existence (resurrection). Thus, an investigation of “received views” of religion (in the case at hand, intrinsic meaning and intrinsic meaninglessness) is in order: How does the conceptual undergirding affect different sorts of religious languages and lives?

I think that defining boundaries between subjectivity and objectivity, spiritual/secular-physical is confused, or misleading, or misdirected. An attempt to open different hermeneutical approaches to understanding religious language transposes the philosophy of religion into a different key. A world dominated by spirits and miracles is poles apart from explanation through chemistry and physics, yet both are inheritances from ancient world thinking. Demythologization has been used in understanding religious language, but rethinking what it is that drives a religious life may be a more appropriate hermeneutic.

If words and the world we know are synonymous, they are generated from within the contexts and situations demanded by our living. The spoken intricacies that go into advancing our sense of life become our lived worlds. Scientific, social, personal worlds are brought to light in their being worded. We learn to speak the languages of each. Thus, “does God exist?” seen as an objective question is not a religious question. As a question of pseudo-objectivity, use of the word “God” is taken out of its context. It makes more sense to think in terms of a religious hermeneutic in which the concept, “God,” emerges as a way to probe and express the unfathomable ultimate meaninglessness of one’s own life.