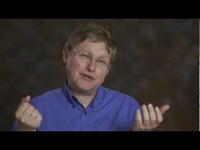 The following videos were shot during an international conference on “Minds: Human and Divine” in Munich 2012. They exemplify some of the questions discussed at this conference in an easily accessible manner. With these clips, we hope to make the problems and questions discussed in analytic philosophy of religion known to a wider public. Three questions are discussed by seven well-known analytic philosophers from Europe and the United States: Godehard Brüntrup (Munich School of Philosophy), Uwe Meixner (University of Augsburg), Timothy O’Connor (Indiana University), Andrew Pinsent (University of Oxford), Michael Rea (Notre Dame University), Thomas Schärtl (University of Augsburg), Dean Zimmerman (Rutgers University).

The Rift Between Science and Theology 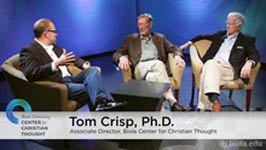 Christian philosophers Alvin Plantinga (John A. O’Brien Professor of Philosophy Emeritus, University of Notre Dame) and Nicholas Wolterstorff (Noah Porter Emeritus Professor of Philosophical Theology, Yale University) discuss the ever-growing gap between scientific and theological thought as it pertains to the academic world. Through analytic discourse, the two critique the assumption that reason and faith are opposed, and they speak on the common grace of knowledge and inquiry given to Christians and non-Christians alike.

Neuroscience and the Soul 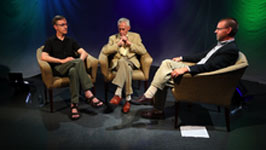 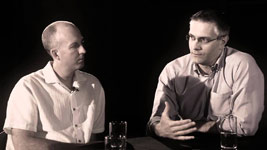 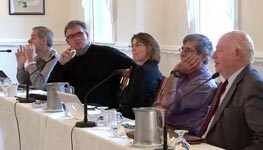 A long era of scientific progress has convinced many of the validity of naturalism: the view that there is only one realm of existence, the natural world, the basic operating principles of which appear to be impersonal and inviolable; microscopic constituents of inanimate matter obeying the laws of physics fit together in complex structures to form intelligent, emotive, conscious human beings.

This discussion explores the very worthwhile debates that take place between naturalism and spiritual or religious worldviews, with the understanding that it is important to address the very difficult questions raised by naturalism when it replaces folk psychology and morality by a scientifically-grounded understanding of reality. We would like to understand how to construct meaningful human lives in a world governed by the laws of nature. Some specific questions include (i) free will, (ii) morality, (iii) epistemology, (iv) emergence, (v) consciousness, and (vi) determinism.

The Problem of Evil 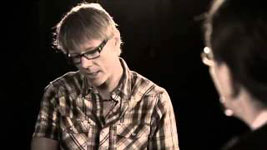 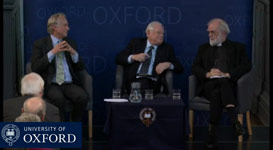 A discussion between Richard Dawkins and the Archbishop of Canterbury Rowan Williams at Oxford University; titled “The nature of human beings and the question of their ultimate origin.”