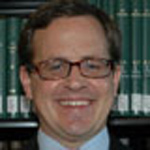 END_OF_DOCUMENT_TOKEN_TO_BE_REPLACED

Jerome A. Stone is Professor Emeritus of Philosophy at William Rainey Harper College in Palatine, Illinois and on the adjunct faculty of Meadville Lombard Theological School in Chicago. His courses have included Environmental Ethics, Nonwestern Philosophy, World Religions and Racism in America. He is the author of The Minimalist Vision of Transcendence: A Naturalist Philosophy of Religion (SUNY) and Religious Naturalism Today: The Rebirth of a Forgotten Alternative (SUNY) and the co-editor of The Chicago School of Inquiry—Pioneers in Religious Inquiry. A United Church of Christ pastor for 18 years, he is now a Unitarian Universalist minister involved in adult religious education. We invited him to answer the question “What is Philosophy of Religion?” as part of our “Philosophers of Religion on Philosophy of Religion” series.

Philosophy is disciplined thinking creating surmises about matters of importance. There is no consensus about the method of reaching or supporting these visions, hence they are surmises. A case can be made for such a surmise, but it is always subject to challenge. In the final analysis there is no final analysis (apparent contradiction intended).

Discipline is practiced by various means, including learning from other philosophies, being open to challenge, exploring the accumulated wisdom of humanity, seeking empirical fit where appropriate, and so forth.

In developing my own thinking I have attempted to define religion in such a way as to include religious naturalism and religious humanism. Most conceptions of religion involve a reference to a transcendent dimension. My working definition of religion is that it is an orientation of life in relation to the “Big Picture.” A humanist who tries to live her life in the light of the world as shown by the best current science is, insofar, religious. This is the naturalist analogue to standard notions of transcendence.

Thus philosophy of religion will involve disciplined thinking about how to live our lives in the light of the Big Picture.

END_OF_DOCUMENT_TOKEN_TO_BE_REPLACED 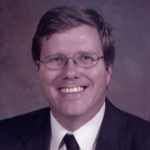 Michael Potts is Professor of Philosophy at Methodist University in Fayetteville, North Carolina. His Ph.D. is from The University of Georgia. He is the co-editor of Beyond Brain Death: The Case against Brain-Based Criteria for Human Death (Kluwer, 2000), and has authored numerous articles and book reviews for academic journals as well as making over fifty conference presentations. He is also the author of a novel, End of Summer (WordCrafts Press, 2011) and an award-winning poetry chapbook, From Field to Thicket. His philosophical interests are in medical and applied ethics, the philosophy of religion, medieval philosophy, and philosophy and parapsychology. We invited him to answer the question “What is Philosophy of Religion?” as part of our “Philosophers of Religion on Philosophy of Religion” series.

To answer the question of “What is philosophy of religion?” a person must have some definition of “philosophy” and “religion.” END_OF_DOCUMENT_TOKEN_TO_BE_REPLACED 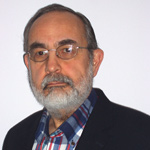