In my more cynical moments, I am tempted to regard philosophy of religion as an ongoing quixotic quest to study an analytically inadequate concept—namely, religion. My cynical self would contend that philosophers of “religion” no longer need to use any substantive concept of religion to study phenomena once classified as religious in nature. Philosophers of “religion” can just study the beliefs held by members of communities traditionally considered to be religious communities. Then, they can construct accounts of those beliefs, alongside accounts of the practices and rituals performed by members of those communities, using knowledge acquired from the most adequate ethnographic studies and historical accounts of those communities. This approach would be a cynical appropriation of G. Scott Davis’s advice to students of comparative religions and ethics in Believing and Acting (Oxford University Press, 2012): “[U]nderstanding religion requires nothing more than the sensitive and imaginative reading of human phenomena informed by the best available ethnography set in the best available historical narrative” (3). Thankfully, I haven’t let those cynical moments determine how I define the field.

END_OF_DOCUMENT_TOKEN_TO_BE_REPLACED 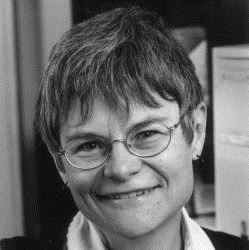