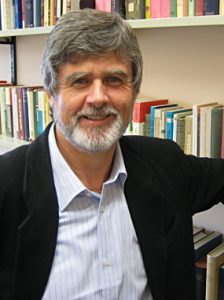 Gregory W. Dawes is Professor of Philosophy at the University of Otago. We invited him to answer the question “Is there a future for the philosophy of religion?” as part of our “Philosophers of Religion on Philosophy of Religion” series.

In the first post to this blog, Troy has remarked that the philosophy of religion, as currently practised, is ‘insular, narrow, and myopic’. I entirely agree. The one sign of hope is that an increasing number of authors are realising this and are trying to offer an alternative vision of the discipline. I have done this myself in a couple of short works, one entitled Religion, Philosophy and Knowledge, and the other Deprovincializing Science and Religion. So I welcome the publication of The Future of the Philosophy of Religion, which continues this discussion.

What I want to pick up here is just one idea from that volume. It is the idea that scholars of religion should focus less on beliefs and more on practices. As Kevin Schilbrack writes,

the philosophy of religion has traditionally had an intellectualist bias to the extent that the discipline has focused on religious truth claims and therefore engaged only with a relatively small fraction of what religious people do and care about.

That is true. What I want to argue, however, is that we are not forced to choose. It is not a matter of focusing either on religious beliefs or on religious practices, for we should not set the two in opposition. A few reflections on some recent theories of knowledge will show why. END_OF_DOCUMENT_TOKEN_TO_BE_REPLACED 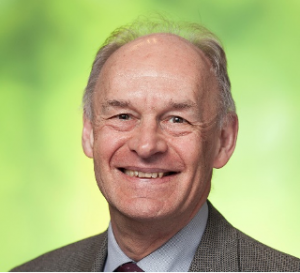 Peter Jonkers is emeritus professor of philosophy at Tilburg University, the Netherlands. He has published extensively on questions regarding religion in the public space, in particular religious truth, pluralism and identity, religious violence and tolerance, and wisdom. From 2008 to 2020 he was member of the board of the European Society for Philosophy of Religion, and from 2010 to 2012 he served as president of that Society. We invited him to answer the question “Is there a future for the philosophy of religion?” as part of our “Philosophers of Religion on Philosophy of Religion” series.

Let us start with the changes in the religious landscape. Although the secularization theory was correct in predicting the gradual decline of the number of church-goers and the decrease of the influence of the churches in most modern societies, its more speculative assumption, namely that religiosity as such would fade away in modern societies and be replaced by a scientific worldview and a procedural ethics of (individual) autonomy, has turned out to be empirically invalid. What we see is not so much a disappearance, but rather a transformation of the religious landscape: in most modern societies, people have not stopped searching for spiritual nourishment and substantial values to orientate their lives. END_OF_DOCUMENT_TOKEN_TO_BE_REPLACED 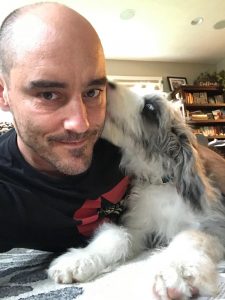 Kevin Timpe is Professor of Philosophy at Calvin University. We invited him to answer the question “Is there a future for the philosophy of religion?” as part of our “Philosophers of Religion on Philosophy of Religion” series.

In an earlier blogpost, Troy DuJardin asked “Is there a future for the philosophy of religion?” I think the answer to this question is, obviously, yes. After all, the excellent book that he, M. David Eckel, and C. Allen Speight recently edited itself is a great example of what I take to be the continued flourishing of the field. One notices that the book’s title doesn’t contain the question mark that adorns the blogpost, and I think there’s good reason for that.

Despite my disagreement with the implied uncertainly from the blog post’s title, I think that DuJardin, both in the post and especially along with his co-editors in the volume’s introduction raise some great issues. This, I take it, is at the heart of the critique of philosophy of religion:

Many problems lodged deep in the roots of our field have been exposed in recent decades, and is has become increasingly clear that rethinking some of its once central aspects is now necessary.