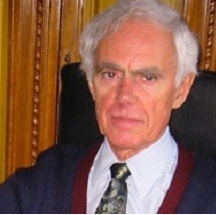 For Ricoeur, planet earth remains what it has been for so long: a place for corruption, limited movements and death, a place for great sub-lunar cemeteries, “the dark spot on the clear jacket of the sky” (Sloterdijk), which encourages at best a kind of private property on fascinating mysteries and provides the humiliation of all human beings, compared to a supra-terrestrial space practically out of reach for them. Ricoeur’s promise of “unlimited rationality” to which human being is no less destined goes along with what he calls “the sadness of the finite” nourished by primitive experiences expressing themselves negatively as lack, loss, dread, regret, deception, or dispersion.

Human being is finite, and human finitude is kept alert—not in check—through transcendence. To read divine transcendence into human finitude reminds us that a god who does not become human only enjoys at best a transcendence akin to the transcendence of ideas for which finitude can only be limitation. This has consequences on the approach to human rights and freedom. Usually, the freedom of others is seen as limitation of, and as virtual and even real threat to, my own freedom (you have rights—others also do; you are free—others also are). Considering others as a threat goes along with individualism, subjectivism and instrumentality, and ultimately a loss of freedom. Not to be taken for granted, let alone to be just defended or even imposed, my own freedom is enabled only through my actual engaging in the realization of the freedom of others. The later is not a limitation; it is not a virtual threat to my own freedom; it is its condition of possibility: I can be free only if I care for the freedom of others. Freedom emerges from the core of finitude itself; freedom is the basic dynamism of finitude provided that finitude ceases to be identified and thus confused with limitation. The mutual conditioning of personal freedom goes not from finitude as limitation (dependency) to the infinite, but from finitude to otherness.

Only a finite being can be a transcendent being. This is a point of departure, perhaps even a new paradigm for philosophy of religion, not just a matter of choosing a new accent or tone.