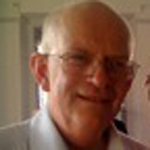 1. Theistic religion and the philosophy of bare theism

Philosophical discussions of ‘bare’ theism (the proposition that God exists) which completely ignore theistic religion are rarer than one might at first think. For example, although there is little discussion of any theistic religions in Graham Oppy’s Arguing about Gods, Oppy says that the book is specifically about ‘the kinds of arguments that contemporary Christian philosophers of religion typically give when they give arguments on behalf of the claim that the orthodoxly conceived monotheistic god in which they happen to believe exists.’ (Graham Oppy, Arguing about Gods, Cambridge University Press 2006, p.xv). Similarly, John Mackie, in his 1955 article on the problem of evil, makes it clear that his main concern is to argue that ‘religious beliefs are positively irrational, that the several parts of the essential theological doctrine are inconsistent with one another …’ (J.L. Mackie, ‘Evil and Omnipotence,’ Mind 64 (1955), p.200.)

Many philosophers specify that by ‘God exists’ they have in mind the following proposition:

(P) There is exactly one being who created the universe and is omnipotent, omniscient and perfectly morally good.

But what is involved in there being exactly one such being? Christianity, orthodoxly understood, holds that God is a Trinity, consisting of the Father, the Son, and the Holy Spirit, each of whom is non-identical with the other two, was involved in creating the universe, and is omnipotent, omniscient and perfectly morally good. Is Christianity accordingly committed to the existence of three Gods? If not, then either (P) is an incorrect interpretation of ‘God exists’ when ’God exists’ is asserted by Christians, or else Christians are using some special way of counting beings.

Of course, it is possible legitimately to discuss (P) without addressing Trinitarian questions. One might, for example, confine oneself to arguing that (P) is false on the ground that there is too much evil in the universe for there to be any omnipotent, omniscient and perfectly morally good being, or on the ground that the concept of omnipotence is incoherent. Nevertheless it is important for metaphysicians to realize that the indented sentence preceded by ‘(P)’ above may not express a single proposition held in common by the leading monotheistic religions, orthodoxly understood, and that in explaining what meaning they assign to (P), they themselves may not be neutral between these religions.

Obviously, theistic religions have metaphysical implications that go far beyond bare theism. Obviously, too, testimony concerning religious experience, miracles, etc., is epistemically relevant to the truth of bare theism. What is not obvious is whether, and in what ways, the theological superstructures of theistic religions are relevant to the assessment of bare theism as a metaphysical view. Perhaps it will turn out that trying to decide whether God exists while ignoring the superstructure of (say) Christian doctrine is like trying to assess the merits of important propositions about magnetic attraction, and the strength of various objections to these propositions, in complete abstraction from broader theories of electromagnetism and from the use of those broader theories in the design and operation of electrical devices: an ill-founded procedure unlikely to lead to success.

Nevertheless tenacious defence of a set of views over a long period of time is not itself incompatible with intellectual virtue. For decades, David Lewis continued to champion his version of modal realism, and Graham Priest has continued to champion dialetheism, in the face of the incredulity of most of their fellow philosophers. Each of them has been scrupulous in fairly dealing with objections and rival views.