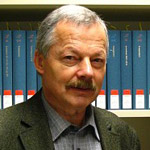 While religious studies and religious history describe these merits from a methodologically limited observational distance, the philosophy of religion is interested in how the generalizations of religiously based reality claims are able to represent the truth. The expressiveness of ultimacy cannot of course be objectified directly in its original independence, but is to be conceived as generally effective nonetheless because it is derived from a creative original standpoint which precedes everything else. While the individual sciences have been committed in modern times to empirical objectivity to make factual determinations and form theories, the concept of reality needs to be comprehended more broadly: actual efficacy consists of a creative origin, empirical certainty and rule-like behavioral development. For this understanding of “real,” metaphysics’ responsibility and the expressive disclosure of this reality in the perspective of its original ultimacy falls under the purview of the philosophy of religion.

If the philosophy of religion has always existed in this fundamental sense (that is, since an awareness and a critical stance toward each defining religious tradition has been culturally possible), it has only been a focus of the philosophy of religion as an academic discipline since 1800 (the European Enlightenment) – in other words, since the self-evident connection between natural reason and supernatural revelation began to dissolve. I. Kant underlined this difference in his own way to justify the founding of the philosophy of religion: the chance to have a new “philosophical theology” that is no longer subject to censorship by religious authorities (“as in the time of Galileo”) will only be realized when a “biblical theology” operates independently of it. The natural or rational – i.e. religio-philosophical – religion is thus distinguished from a revealed or supernatural conception of religion in that the latter demands “faith.” This emancipation of a philosophical discipline, as a child of its time, is very understandable, but also unsatisfactory, because it radically separates existential faith from knowledge that is solely objectively valid. Faith understood as the formation of conviction, however, remains as indispensable for (scientific) knowledge as, conversely, the life-world examination of faith in relation to experience. This bridge function of pragmatist thinking (C.S. Peirce) opens up new possibilities for the philosophical conception of religion compared to the Kantian tradition.

With the orientation towards ultimacy, the obligatory character that is implied in this term is also understood: we call such experiences “aesthetic” that are based on the quality of perceptions and cannot be ignored; “ethical” those that concern the reliability of value relations and cannot be doubted as guides of conduct; “logical” those whose evidence and consistency compel outright objective and subjective veridicality. The religious experience of ultimate reality has much in common with this obligatory character. It is historically indistinguishable in many epochs, and yet it is by all means to be singled out as independent due to the increasing demarcation in modern times between the spheres of life and the sciences. Religiosity responds to the ultimate as such – unprotected und unmediated as it were – while aesthetics, ethics and the logic of veridicality add their respective working conditions and self-chosen means of representation to make that which appears to them as the ultimate capable of expression. Viewed from the standpoint of cultural history, all religions have handed-down (e.g. aesthetic) forms of expressions that are meant to somehow finally correspond to the ultimate. But the particular religious emphasis is found where derivativeness, ultimate reality, idiosyncrasy, receptivity, passivity, etc. establish an immediate and novel presence in way that does not appear conditioned or fabricated, but rather expresses an original creativity that has never been seen or heard before. If it to be effective, it is only possible in images, stories and symbols (symbolic acts and rituals) whose relation to reality is not directly empirical, but nonetheless appears – and what is all the more effective for a person’s life-orientation – indirectly in a figurative sense. In the mediatory guise of its appearance, ultimate reality takes the indirect paths of its own (religious) imagistic, verbal and symbolic forms, both for the sake of its ultimacy and in order to present its specific reality character.

This basically consistent orientation does not exclude the possibility that there are religious philosophies that have been influenced by very different philosophies and religions, which however remain comparable in their treatment of ultimacy regarding the formation of religious ways of life. This also points to a field of interest that embraces different theologies: while the individual theological perspective of a particular religion does not actually emerge out of religious and philosophical explanatory models, it can use them. And this primacy of the contingent and concrete religious form of life is not over-formed through reflection on the conditions of its possibility. It is, however, capable of articulating to the forum of scholarly criticism: “Such a state of mind may properly be called a religion of science.” (C.S. Peirce)