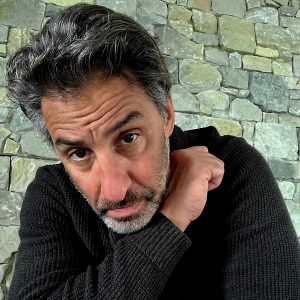 Jim Kanaris is Professor of Religious Studies at McGill University. We invited him to answer the question “Is there a future for the philosophy of religion?” as part of our “Philosophers of Religion on Philosophy of Religion” series.

In1 the invitation to write this piece on the future of philosophy of religion, several questions were posed for my consideration, the most significant for my current professional purposes was the following: What does philosophy of religion contribute to ongoing discussions of normativity in philosophy and religious studies? In what follows, I propose something of a controversial answer to this question, one which I believe offers a needed critique of, and constructive response to, the normative discourse surrounding the differential of subjectivity and objectivity, a discourse that obstructs a responsibility toward self in philosophizing religion.

One of the most challenging aspects of teaching is the bewildering spectrum of interests and experiences of students and teachers alike. It is especially challenging when one’s area of specialization is remote from the questions and concerns in that spectrum. Because educators desire, ideally, to be engaging, they aim to alleviate the dissociation students and colleagues experience when faced with their subject matter. This general, though important, circumstance has challenged me to configure a teaching strategy apropos to my field, religious studies, specifically philosophy of religion, and to clear a path for students to formalize their philosophical foundations that directly or indirectly guide their research.

Teaching philosophy of religion in such an environment exceeds a simple decision between different species of philosophy that resonate with predilections in the guild, analytic or continental. In religious studies, philosophers of religion face additional challenges such as negotiating the research programs of a highly specialized and diverse demographic not always favorable to preoccupations that traditionally mark the practice. Debates over the proper philosophic scale to adjudicate religious language, whether understood to be propositional (realism) or to be decoded as a “form of life” (non-realism), become secondary to concerns that direct ethnographers, historians, naturalists, and phenomenologists. The differential of subjectivity and objectivity accompanies this peculiar matrix of inquiry. It is configured by contemporary restatements of mechanistic science reclaiming noumenal reality once thought off limits by its pioneers (consciousness, e.g., in neuroscience and the philosophy of mind), poststructuralist qualifications framed by the problem of representation (how language, history, power, and identity shape consciousness), and an eclectic array of contending philosophies (from the philosophy of the event and incompleteness philosophy to object-oriented philosophies) that are aimed to subvert a bleak futurology of the post-human in a post-truth age. The timidity of self the student of religion faces in such a context is considerable. While not always repellent—how often the self is served by aphasia!—it is my position that prolonging such timidity can and often does fly in the face of the pedagogic mission: self-discovery battling truncation.

In every case—be it the “objectivism” of the social scientific variety configured by discourse theory (the new materialism is how David Chidester described the religious studies species in 2000) or the humanities variant in a linguistic condensation of agency into alterity and difference—subjectivity is denuded of critical and emancipatory force. Any hope for what Tyler Roberts (2013, 20) calls “a discourse of resistance,” which is apropos as a euphemism of religious discourse, is disqualified by “a politics of exclusion.” A politics of exclusion treats said discourses of resistance exclusively “as objects of study” and never, on principle, “as potential methodological resources for the study of religion and for cultural criticism.” In my estimation, the demise of subjectivity was perhaps once necessary, but now subjectivity is an essential ingredient for bilaterally commensurate critical discourse, another term for which is self-critical reflexivity.

Enecstasis, a term I coined for technical reasons, is my “X” that “marks the spot,” my khōra that strategically locates a subject-constitutive discourse designed to negotiate this methodological stalemate. A path has been cleared to it by what I designate as object-constitutive discourses, whose programmatic concerns signal the enecstatic or resonate with a call for it. What enecstasis spotlights is participant awareness, the importance of owning the singularity of one’s own irreducible voice notwithstanding the constitutive role of language. That is why I turn to Heidegger when searching for a portal into the Being of this world. His appreciation of the all-pervasive role of language, which provides for the basic presupposition of the critique of subjectivity, is second only to Derrida. And yet the way language transmits the call of Being in Heidegger’s Destruktion of the scientific subjectum can still manage a concern like the care of ecstatic Dasein, “standing in” in the openness of Being, “of enduring and out-standing this standing-in (care) …” (Heidegger 1992, 255, italics mine). The “en” of enecstasis releases this particular standing-in and out-standing from Heidegger’s ontological programmatic, locating it in a milieu of ontic concerns that I understand enecstasis to service. In the context of religious studies, this means a philosophical orientation centered on the intellectual, aesthetic, and mystical motifs of an irreducible, hypertranscendental self—a “singularity,” if you will, at the heart of every experience, every discourse, which eludes, while sustaining, experiences and their specific discourses. Dialectical and foundational engagement configures this process of mediating religious meaning and the intentional, mediated construction of it.2

In a word, then, enecstatic philosophy of religion challenges the move to reduce “all humanistic and social scientific studies to some form of historical studies” based on “the erroneous assumption that because … scholars … do not intend to intervene in the systems they study, they are not actually intervening through their study of them” (Cooey 2002, 179). As Paula Cooey rightly proffers, such an assumption is “simply methodologically and epistemologically self-deceptive.”

Enecstatic philosophy of religion includes this dimension but is concerned fundamentally with mapping the terrain for students and scholars to engage personally in the issues themselves. It is a manner of philosophizing that seems to work in this real-world setting that envelops the academic. Space is provided for students who do not specialize in philosophy to discover and form their own rationale about issues that are philosophical in nature. Once their sense of inadequacy about venturing into the philosophical is overcome, students begin to feel as though they are participants in a discourse. This relaxes their learned and tutored demand for scholarly objectivity that yields a stilted treatment of their subject matter. The process could be dubbed, ironically, the diminution of epochē. Teaching philosophy of religion along these lines diminishes the tyranny of omnicompetence, both on the part of students and instructors.

Philosophy of religious studies addresses the theorizers of religions, not religions per se. We can loosely refer to it as a “practice” in the Greek sense of the application and exercise (praktikē) of something that intends meaningful personal and pedagogical outcomes. In studying the theorizers of religion, we learn something about ourselves and not simply about some object. Nor do we simply acquire a skill about that object. We learn about what we value and loathe in theorizing about objects. Pierre Hadot (1995, 83) nicely summarizes the orientation when he writes this about the Stoics:

[P]hilosophy, for them, was an “exercise.” In their view, philosophy did not consist in teaching an abstract theory—much less in the exegesis of texts—but rather in the art of living. It is a concrete attitude and determinate life-style, which engages the whole of existence. The philosophical act is not situated merely on the cognitive level, but on that of the self and of being. It is a progress which causes us to be more fully, and makes us better. It is a person who goes through it. It raises the individual from an inauthentic condition of life, darkened by unconsciousness and harassed by worry, to an authentic state of life, in which he attains self-consciousness, an exact vision of the world, inner peace, and freedom.

The theme, then, is personalizing philosophy of religion. The context is eclecticism in the academic study of religion, which furnishes a richer epistemic horizon. Philosophy of religious studies includes species of philosophy of religion while waiving their right to determine outcomes concerning subjective involvement and objective application. Enecstasis is a meta-methodological procedure carved from a context not easily facilitated by species of philosophy, analytic and continental, and yet is indebted to them. The challenges presented by such an environment requires a generalized orientation that elicits possibilities for constructive notions of agency no longer disqualified by essentialistic charges of “foundationalism,” meted out by philosophers, and “theologism,” meted out by religion scholars.

1. The following is a précis of a complex argument detailed in my forthcoming book: Personalizing Philosophy of Religion: Enecstatic Explorations (State University of New York Press). I would like to thank Sebastian Jacek-Côté, Elyse MacLeod, and Daniel Fishley for their helpful suggestions.

2. These combined statements presuppose categorical distinctions from Bernard Lonergan (1972) whose cognitional theory is an important source in my reconfiguration of normative reflection in religious studies. See also Morelli 2015 for a detailed exposition of Lonergan’s notion of polymorphic consciousness that contextualizes a primary burden of enecstasis at that level of the discussion.

Cooey, Paula M. 2002. “The Place of Academic Theology in the Study of Religion from the Perspective of Liberal Education.” In Religious Studies, Theology, and the University: Conflicting Maps, Changing Terrain, edited by Linell E. Cady and Delwin Brown, 172–186. New York: State University of New York Press.

Hadot, Pierre. 1995. Philosophy as a Way of Life: Spiritual Exercises from Socrates to Foucault. Edited with an introduction by Arnold I. Davidson. Oxford: Blackwell.

Heidegger, Martin. [1949] 1992. “The Way Back into the Ground of Metaphysics.” In Primary Readings in Philosophy for Understanding Theology, edited by Diogenes Allen and Eric O. Springsted, 248¬–262. Louisville, KY: Westminster/John Knox Press.