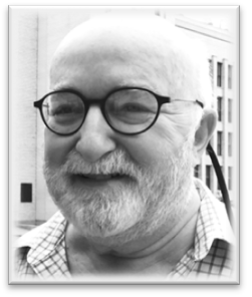 Hunter Brown is Professor Emeritus of Philosophy and Religious Studies at King’s University College, Western University, London Canada. We invited him to answer the question “Is there a future for the philosophy of religion?” as part of our “Philosophers of Religion on Philosophy of Religion” series.

The compartmentalization of philosophy of religion into areas of distinctive subject matter such as theistic arguments, the problem of evil, and so forth, also involves the compartmentalization of distinctive experiences related to those subjects such as causal inquisitiveness and moral repugnance toward evil. One does not often find such boundaries being crossed in a major way. Aesthetic experience, for example, does not normally play a significant part in engagements of cosmological arguments. Most philosophers of religion are comfortable with this structure of the discipline. It allows for analytically focused debate which has been responsible for much progress over the years.

On the other hand, however, it can impede attention to important ways in which such subjects and experiences are intertwined in lived life. In this respect, philosophy of religion risks participating in what William James called the great blunder of modern thought. That blunder is the failure to recognize how profoundly the retrospective form in which experience makes itself available for philosophical reflection and analysis fails to represent the fullness of experience in its original, immediate occurrence. As he showed repeatedly in the Principles of Psychology and elsewhere, the component elements of experience in its immediacy are bound together in complex webs of mutually influential relationships which have a significant impact upon the identities of those elements. The relationships themselves, however, escape the retrospective stabilization required for sustained philosophical examination and analysis. As a result, experience presents itself to philosophical reflection as an atomistic collection of distinctive parts which can be segregated from one another without major consequence.

It is not surprising, under such conditions, to find a compartmentalized approach being taken to many questions in philosophy of religion as well as philosophy as a whole. Debates about faith and reason, for example, usually follow a pattern of isolating and debating about particular candidates which may provide justification for religious belief. Such patterns often become so influential that they control the interpretation even of philosophical positions which do not fit well within them. James’s work on the justification of religious belief, for example, has been widely interpreted and criticized for having singled out volitional and emotional influences as candidates for providing such justification. In fact, it was doing no such thing. Rather, James started with the religious response to the world in its full complexity, as it actually occurs in immediate experience. In that form, it is found to be a spontaneous, irrepressible, and near-universal phenomenon emerging from the confluence, within immediate experience, of many influences – intellectual, moral, aesthetic, volitional, emotional, sensory, and others. Such a starting point guides philosophical reflection straightaway to a particular question: what is the most appropriate response to such a phenomenon? Should it be willingly embraced or should it be resisted skeptically pending a demonstration of its trustworthiness by other means?

Modern philosophy, for the most part, has adopted a skeptical posture, leaving to philosophers of religion the task of trying to overturn such skepticism if they can. This is a tall order, for modernity has also bestowed upon such skepticism the mantle of especially close association with authentic truth seeking. But if one begins with immediate experience, the association of such skepticism with truth seeking is more difficult to sustain, for it is faced with the possibility – which cannot be precluded – that the organism’s religious response to the world is uniquely geared to engaging a certain feature of that world. Since this possibility cannot be assessed on the basis of other forms of response lacking such a capacity, the trustworthiness of the religious response must be assessed by entering into and evaluating a relationship with the world made possible by it. Many real-life examples of such relationships and their consequences are reported in James’s Varieties of Religious Experience.

Starting points matter. James’s radical empiricism privileges immediate experience in its full complexity while much mainline philosophy privileges the retrospective reconstruction of such experience which is unable to capture its full complexity. The willingness to let immediate experience be eclipsed by the retrospective reconstruction of it has come at a high price, however. Most people can tell the difference between what they have actually experienced and depictions of it after the fact which do not match the fullness of the original. This is why they so often end up turning to music, film, literature, even stand-up comedy, for a more authentic identification of and response to the real thing than they find in philosophy.

Philosophy of religion is implicated in this. Consider, for example, the wonderment about the world which often has religious associations, and which frequently motivates an initial attraction to philosophy. Such wonderment is usually treated implicitly in the theistic arguments, for example, as the routine desire for causal intelligibility. But this is not how it is actually experienced by a great many people, protest James, Smart, Taylor, Wittgenstein, and Parfit, for instance. Wittgenstein describes the world’s existence, as it is sometimes grasped in immediate experience, as a miracle, and James depicts it as pure gift. Derek Parfitt says it can take one’s breath away.

Breathlessness is not exactly a hallmark of philosophy nowadays, nor is a central role for metaphors such as miracle and gift. This is a point of pride among many philosophers who hold modernity’s commitment to detachment in high esteem. But the depth and scope of such detachment, James would respond, is a child of the great blunder. In too many cases it creates a wide gap between actual immediate experience and the subject matter of philosophy, which damages the discipline’s long-standing but faltering reputation for taking life seriously.

To be sure, a more central role for immediate experience in philosophy would make major demands upon the discipline, as has been pointed out over the years by Henri Bergson, Thomas Reid, and Iris Murdoch, for example, as well as James. On James’s reckoning, it would require philosophy to accept and accommodate that the fullness of experience in its immediacy is only accessible by direct acquaintance, that what is known in this way can only be spoken about indirectly through figurative language, and that communication about what is encountered in this form requires an open willingness among interlocutors to reflect upon their own direct acquaintance in the light of such language. Lest all this seem too much, it should be remembered that a great deal of James’s work falls under the heading of empirical psychology, and the extensive analytic activities involved in that area. The installation of immediate experience at the heart of philosophy does not require abandoning such analytic activity. It requires contextualizing it within a framework which has been broadened sufficiently to make possible a point of departure in — and an ongoing role for — real, immediate experience, including religious experience.