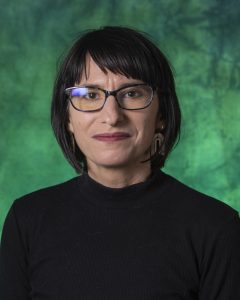 For the sake of conversation, let’s say: The future of philosophy of religion is existential. In other words, one way to philosophize about religious matters is to ask questions about the meaning of existence, sources of meaning, and practices for meaning-making. As I’ll propose here, such a future philosophy of religion will be better able to engage diverse traditions on the politicized terrain of religious diversity, where by “politicized” I mean the shifting dynamics of social power under conditions of disparity. Let me contextualize this.

The terms “religion” and “philosophy” are specific to European history, or as Robert Ford Campany (2003) says: “To speak of ‘religions’ is to demarcate things in ways that are not inevitable or immutable but, rather, are contingent on the shape of Western history, thought, and institutions. Other cultures may, and do, lack closely equivalent demarcations” (289). My own training is not in philosophy of religion but in various intellectual and scholarly traditions that, to borrow Campany’s words, demarcate things differently.

In East Asia, terms for “philosophy” and “religion” were first coined by Japanese scholars and officials in late 1800s to translate European vocabulary, and the resulting compounds (哲學 and 宗教) later spread to China (e.g., Josephson 2012). Prior to this, other indigenous categories defined intellectual and spiritual endeavors, including the “scholarly lineage” (Ch. rujia 儒家) or Ruism (more commonly called “Confucianism” in English), the lineage of the “way” (daojia 道家) or Daoism, and the dharma or “teachings” (fa 法) of buddhas or “awakened beings.” Ruism, Daoism, and Buddhism may have what we call today philosophical and religious aspects (as well as scientific and socio-political ones), but this usage is anachronistic: prior to the 1800s, these lineages were not types of philosophy or religion, as no such words existed, but they were themselves “types”—that is, generic categories by which scholars and practitioners could inquire meaningfully into existence. Their major areas of investigation did not map onto theological language, although topics ranged from cosmological to political to practical. Ruists, in particular, took scholarship itself (i.e., study and research) as a spiritual practice in its own right, an idea that has implications not only for how we understand “religion” but how we understand “philosophy.”

That aside, I don’t want to belabor the argument that “religion” is a culturally specific term. Simply put, look a few centuries back, around the world, and most places outside Europe lack an equivalent category. But do traditions around the world ask questions about the meaning of existence, sources of human meaning, and practices for meaning-making? Of course they do. The European category “religion” is one approach to asking and answering such questions. Hence, I suggest that philosophy about religion is, or can be—when taken in its broadest sense—philosophy about such vital issues.

All this brings me to my key point: building a more inclusive future starts with questioning why some meaning-making practices tend to fall within our philosophical purview, and others don’t. Part of the answer is that our discourse has been shaped by a culturally specific notion of “religion” latently premised on its distinction from such Eurocentric terms as “idolatry,” “heathenism,” and so forth (e.g. Josephson-Storm 2018). The disparities here indicate that we are already on politicized terrain.

Take any common textbook in “world religions” and you’ll find a collection of chapters on (roughly) Buddhism, Christianity, Confucianism, Daoism, Islam, Hinduism, and Judaism, followed by a catch-all chapter under a heading such as “primal” (Huston 2009), “native” (Bowker 2006), or perhaps “indigenous” (Partridge 2018). What unites the practices in regions as diverse as the Americas, Oceania, and Africa, such that they should be classified together in a single chapter? As Tomoko Masuzawa (2005) says, this chapter is a descendent of nineteenth-century Europe’s hierarchical mapping of so-called world-historical “great” civilizations alongside others “perhaps not so great” (3). The latter “used to be uniformly called ‘primitive religions’ in the earlier days, but more recently [have] been variously termed ‘primal,’ ‘pre-literate,’ ‘tribal’. . . . The restless shifting of appellations may be a measure of the discomfort felt by contemporary scholars of religion in their effort not to appear condescending to those peoples who used to be referred to as savages” (4). My primary concern is that a future philosophy of religion should have a constructive response to this situation.

Let me offer a concrete and personal example. In 2003 I relocated from the crucible of the racially divided South, where I grew up, to the vividly neocolonial reality of present-day Honolulu, where I attended the graduate program in philosophy at the University of Hawai‘i at Mānoa. My example concerns legal challenges over agricultural patents from around this time, and the issues raised are, I propose, those that a future philosophy of religion might address.

In Hawaiian tradition, genealogy connects the indigenous people (Kānaka Maoli or ʻŌiwi Maoli) to the land. The generative forces of “sky-father” Wākea and “earth-mother” Papa birthed the islands of Hawaiʻi and Maui as well as a human child, a daughter, Ho‘ohōkūkalani. Wākea and Ho‘ohōkūkalani procreated in secret. Their first child Hāloa-naka was stillborn, and from his buried body grew the first kalo plant (i.e., taro). Their second child, a human boy named Hāloa after his deceased brother, is the ancestor of all later Hawaiians (Kame’eleihiwa 1992). The kalo plant, as older brother of the people, to this day remains central in many aspects of Hawaiian thought and practice. It is also an important crop for local consumption and export.

So-called modern farming methods moved away from traditional practices that once preserved the genetic diversity of kalo varieties, resulting in plants vulnerable to a blight. Researchers at the University of Hawai‘i genetically modified resistant strains and, as is common, patented them. In response to a 2002 legal dispute over the status of these patents, one local farmer rejected the university’s right to ownership, because “(f)rom a Hawaiian perspective, any kalo is our ancestor” (Jacobs 2020).

In a statement intended to acquiesce to Kānaka Maoli concerns, the university’s Vice Chancellor for Research and Graduate Education, Gary K. Ostrander, said: “Taro is unique to the Hawaiian people in that it represents the embodiment of their sacred ancestor. As such, it is appropriate to make an exception to our standard policy of holding all patents” (Jacobs 2020). Here, Ostrander portrays the kalo as a “representation” of the sacred. But, as philosopher Julia Morgan (2015) makes clear in her study of these legal disputes, Kānaka Maoli did not oppose the patent because kalo symbolizes a Hawaiian ancestor, or is a metaphor for Hawaiian heritage, or by any other argument that might downplay the agency of the kalo itself: “Simply, ʻŌiwi Maoli opposed the patents because a relative cannot be owned” (231).

What is at stake in this mismatch of worldviews? Rendering Hāloa as one representation of the sacred is an attempt to draw Hawaiian tradition into the fold of “world religions.” But Hāloa is not one representation of the sacred on the buffet table of the world’s “great” traditions. Hāloa is a local god. Does philosophy of religion have language for this?

Monotheistic theologies clearly do not. Holistic spiritualities like perennialism or deism may seem more egalitarian at first but ultimately render “local deities” as various manifestations or avatars of a greater whole. This misses the significance of the genealogical narrative in Hawaiian practice. Hāloa is an elder brother within one particular family. Unlike those who are all “brothers in Christ,” we are not all brothers with Hāloa. And unlike those who feel “one with the universe,” we cannot so easily assert our oneness with Hāloa. When I lived in Hawai‘i I was, at best, a guest in Hāloa’s house. I could claim no direct kinship by any spiritual approach. My relationship with Hāloa was, in short, not religious but political. Such political relations between mainlanders, non-indigenous state residents, and local gods mark not only the legal battle over kalo patents from a few years ago but ongoing Hawaiian activism against further telescope construction on Maunakea. These are live issues. Philosophy of religion can and should be a conversation partner here.

The future philosophy of religion will take up the specificity and locality of divinity as a site of philosophical engagement. Perhaps some of our old methods will not serve us in this approach (e.g., theological proofs, epistemological justifications, or assumptions regarding transcendence and immanence). Rather, to visit the local gods in this future conversation will require a politicized route to the divine, which recognizes that not all voices are equally situated on the neocolonial landscape of “religious diversity.” I do believe that philosophy of religion has a future addressing vital existential issues, but meaning-making practices are not neutral, and we as scholars are complicit in the ongoing construction of our discourse. The future discourse may ask us to unlearn some of the norms we’ve inherited via our training, but (as the Daoists know) unlearning can be the first step toward meaningful growth.

Masuzawa, Tomoko. 2005. The Invention World Religions: Or How European Universalism Was Preserved in the Language of Pluralism, Chicago: Chicago University Press.