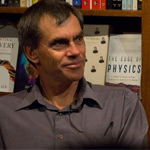 Graham Oppy is Professor of Philosophy at Monash University. We invited him to answer the question “Is there a future for the philosophy of religion?” as part of our “Philosophers of Religion on Philosophy of Religion” series.

Some seem to worry that there is no such thing as religion. If they are right, then philosophy of religion does not have a present, let alone a future. I think that this worry is best understood as a complaint against taking particular categories—gods, afterlives, faith, belief—to be essential or pivotal in adequate characterisations of religion. There is justice in this complaint. There are religions that have no truck with gods and afterlives; there are religions in which faith and belief are comparatively unimportant. Moreover, insisting that these particular categories are essential or pivotal in adequate characterisations of religion skews discussion in philosophy of religion. But there is nothing here that would ground error theory about religion; rather, what seems required is better understanding of what is essential or pivotal to religion.

If pressed to choose, I think I want to say that my biggest anxieties about the future of philosophy of religion are concerns about institutional corruption. Templeton and Ramsay dollars are reshaping philosophy of religion in universities in the US and Australia. Even if you happen to approve of the direction that this reshaping is currently taking, I think you should be worried about where this corruption of institutions may lead. It is disquieting to imagine a future in which a handful of oligarchs have the largest say in the nature and direction of our discipline, no matter what that nature and direction turn out to be.