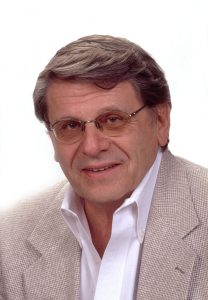 Stanley Tweyman is University Professor at York University in Toronto, Ontario, Canada. We invited him to answer the question “Is there a future for the philosophy of religion?” as part of our “Philosophers of Religion on Philosophy of Religion” series.

In an earlier blog, “What does Philosophy of Religion offer to the Modern University”, I argued that the philosophy of religion parts company with all other areas of inquiry when we attempt to understand God through contemplation and meditation, rather than through argumentation. My analysis was developed by reference to the last paragraph in Descartes’ third meditation. In the current blog, I propose to turn, once again, to Descartes’ third meditation,1 with a view to answering the question, by way of illustration, “Is there a future for the Philosophy of Religion”.

In seeking to provide an answer to the question raised in this blog, I want to focus on one concern, namely, is there an experience which we can have which is able to enlighten us about God? To pursue this topic, I propose to examine the philosophy of Rene Descartes on knowing God. I am not suggesting that Descartes has provided a definitive answer to the question highlighted in this essay. But, I do propose to show that he has provided a roadmap, as it were, for focusing on an experience which may be able to enlighten us about God, and as such, to reveal at least one strategy for providing a future for the Philosophy of Religion.

In the third meditation, Descartes sets for himself the task of proving that God exists as his creator, and that God is not a deceiver (this latter point will not be pursued in this essay). He argues that he can prove that God exists by inquiring into the cause of his idea of God, using the concepts of objective and formal reality. Descartes argues that there must be at least as much formal or eminent reality in the cause of an idea as there is objective reality in the idea itself. Not surprisingly, he urges that none of the ideas which he possesses, including the idea he has of himself as a thinking thing (res cogitans) can account causally for his idea of God. Accordingly, he concludes that he is not alone in the world, and that only God possesses the formal reality needed to account for the objective reality contained in his idea of God.

At this stage, Descartes realizes that he has gone as far as he can go using reasoning and argumentation. He now turns to meditation to determine whether he can intuit that God is his cause, the one who has the idea of God. The act of meditating reveals that his former belief that the innate idea he has of himself and the innate idea he has of God are two separate ideas is mistaken, for he now understands that his idea of God and of the self are actually the same idea.

…God, in creating me, placed this idea [of God] within me to be like the mark of the workman imprinted on his work; and it is likewise not essential that the mark shall be something different from the work itself. For from the sole fact that God created me it is most probable that in some way he has placed his image and similitude upon me, and that I perceive this similitude … by means of the same faculty by which I perceive myself … (M.71, my italics.)

Descartes offers clarification of his position in Replies to Objections V:

When you ask whence I get my proof that the idea of God is, as it were, the mark of the workman imprinted on his work, and what is the mode in which it is impressed, and what is the form of that mark, it is very much as if I, coming across a picture which showed a technique that pointed to Apelles alone as the painter, were to say that the inimitable technique was, so to speak, a mark impressed by Apelles on all his pictures in order to distinguish them from others, but you replied with the questions: “what is the form of that mark?” and “what is its mode of impression?” Such an inquiry would merit laughter rather than any reply. (HR 11, 221)

I am not suggesting that Descartes has provided us with a definitive proof of God’s existence. Many have been critical of Descartes’ approach in the third meditation, including me. But I am suggesting that, in his Meditations on First Philosophy, Descartes has made a significant attempt to learn about God through meditation; and, in my opinion, the meditative approach should be studied and attempted to a greater extent than is usually the case, not necessarily as a Cartesian, but in whatever direction and manner our learning and ingenuity guide us to discover.

The question with which this essay has been concerned is, “Is there a Future for the Philosophy of Religion?” And my answer is “Definitely, there is a future for the Philosophy of Religion”. I have addressed one possible approach, through meditation, but there are other approaches as well, for example, through argumentation, through observation of the empirical world (natural religion), through faith, and through other creative approaches which philosophers (and others) will be able to discover.

My quest has always been to obtain knowledge of God which is personal. Hence, my attraction to Descartes’ approach. This does not mean that knowledge of God cannot be shared. Here, again, I agree with Descartes that, if and when, we obtain success in knowing God through meditation, others can be instructed on how we accomplished this, and they should be able to gain the same, or even more, meditative insights into God.

1. All references to Rene Descartes’ Meditations on First Philosophy are to the Routledge edition, Edited and with an Introduction, by Stanley Tweyman, first published in 1993 by Routledge, London and New York.