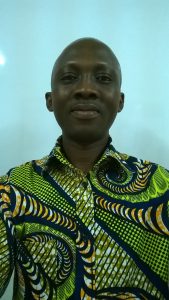 Hasskei M. Majeed is Senior Lecturer in Philosophy in the Department of Philosophy and Classics at the University of Ghana. We invited him to answer the question “What norms or values define excellent philosophy of religion? as part of our “Philosophers of Religion on Philosophy of Religion” series.

The principles that are relative to the practice of philosophy, and for that matter philosophy of religion, are to be found in the second order activity of philosophizing. They are the general principles used by philosophers in their assessment of ideas of all kinds. They include coherence, consistency and other logical tools which would be appropriate for the evaluation of beliefs, evidences for those beliefs, and between beliefs and actions that are alleged to be informed by those beliefs.

In terms of the object of philosophical inquiry, it behooves philosophers of religion to understand and present properly the religion they seek to study, and doing so ought to entail the observance of such key values as fairness and objectivity which are well known to philosophers of religion. The challenge now is spelling out what it takes to be, say, fair. I will provide an answer via negativa by suggesting two cases of what fairness does not mean.

(i) Even if we agree that we ought to respect the collective emotions of the practitioners of any religion—as in their right to feel that their religion is true—we should not be compelled to accept the often held view that we will be fair and right in our analyses of their religious beliefs, values and practices if we cultivate our own emotions to feel like the practitioners of the religion. In upholding this view, we would, first, be presuming wrongly that everyone must know how to become religious. And this might neither be fair to nor right about atheists and agnostics who are philosophers of religion. Secondly, we would be giving the false impression that we have sufficient knowledge of what to do in our attempt to wear the emotional garments of the practitioner. But human experience and the changing phases of religion or, at least, of the practice of religion makes this terribly difficult. How can we tell, for example, what it is for a person to be Catholic today if doing so requires knowledge of the person’s feeling toward every topical issue of religious concern? How easy would it be to know what to feel if one was a Catholic in Ireland and presented with an opportunity to vote against the prohibition of solicited abortion? While it is difficult to deny that some who see themselves as Catholics could reject this prohibition, it is part of the criteria for proper understanding of religions, according to the wrong conception of the principle of fairness, to establish what the Catholic feeling in Ireland is toward solicited abortion.

(ii) While maintaining a commitment to be fair, this should not be exhibited only in the conclusions we draw on specific topics in religion and on specific aspects of individual religions. In addition, the commitment should not fail to reflect in our references to religions themselves which, ideally, are supposed to be treated equally. Wole Soyinka’s call for equal treatment of all religions is apposite. It implies that all religions earn their names even though it could be expected that some would provide stronger philosophical bases for specific beliefs, values or practices than others. In the spirit of this observation, dedication to the principle of fairness should repel, for instance, the tendency to write the first letters of Christianity and Islam with capital letters while writing the name of the indigenous religion of Africans, as is evident in existing literature on African religion, as “traditional African religion.” This tendency has serious historical and epistemic ramifications that ought not to be generated in the first place by fair-minded thinkers.

In intercultural and comparative study of religions, there are different dynamics when it comes to colonized countries, including those in Africa. Ali Mazrui correctly identifies the “triple heritage” as a basic reality of the African life. In addition to this fact, there is the tension of conducting accurate philosophical analysis of Traditional African religion and yet staying clear of the influence of religious perspectives that derive from non-African (especially, Christian and Islamic) thought. These religions, especially the former, are perceived as foreign and vehicles of colonial domination. As a result, many contemporary African philosophers are quick to indicate which ideas in African religious thought are similar to those expressed by Europeans and thereby conclude that the authors of those ideas are presenting colonial relics as authentic African ideas. This has led to the phenomenon of “eurojection”, the undue rejection of ideas apparently shared by European thinkers. What Kwasi Wiredu cautions against, in this regard, is “undue” European or Western or foreign influence on African philosophical thought; but this ultimately implies that some minimal level of influence is permissible. Another problem about eurojection is, perhaps, the unintended neglect of the historical antecedence of Ancient Egyptian philosophy—and by this, ancient African religious thought—which in some ways undergird some of the ideas that are today linked to Europe. What we need to take from the foregoing is that while there is the non-negotiable demand to avoid uncritical assimilation of African religious ideas into European frameworks and the imposition of European views on African philosophical thought, more needs to be done on the establishment of the exactitude of ideas seemingly shared in the two religious systems. Therefore, care must be taken in the labeling and subsequent rejection of such ideas in African philosophico-religious thought.