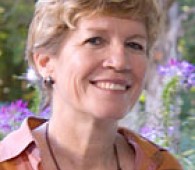 Anat Biletzki is the Albert Schweitzer Professor of Philosophy at Quinnipiac University. We invited her to answer the question “What norms or values define excellent philosophy of religion? as part of our “Philosophers of Religion on Philosophy of Religion” series.

That is where my metaphilosophy begins: with questioning. Philosophy is, for me, not a theory or a medley of theories, neither metaphysical, nor epistemic, nor of ethics or aesthetics. It is – or should be – rather an activity of questioning. Not all questions, however, are philosophical questions and not all methods of questioning are philosophical methods. Philosophical questions are conceptual questions and the methods of posing them are rational and analytic. In other words, they involve us in critique. Philosophy, then, is the rational, analytic, critical posing of conceptual questions. That is not to say that one need not scavenge the panoply of answers that have been given throughout history to these same questions while posing them – again and again and again. Neither is it to say that one should desist from empirical data in order to ask, ask again, ask better. Human experience, be it religious or, for that matter linguistic or aesthetic, is, itself, a wellspring of input for our questioning. In other words, philosophy and philosophical questioning need not be, must not be, an abstract, theoretical game of words that is disconnected from reality. Especially not in the philosophy of religion.

So the philosophy of religion is entrusted with investigating the question “What is religion?” and must do so, i.e., ask the question, as a rational, analytic, and critical enterprise, even if religion, its practice, and the beliefs of its practitioners are perceived by some to be irrational and lacking a critical bent. The same modes of rationality, analysis, and critique accompany further questions about further concepts – God, holiness, redemption, idolatry, creation, eternal life, sacrifice – that arise in the philosophy of religion: What, if anything, can we know about God? If God is all good, all knowing, and all powerful, then why does evil exist? What is the relationship between faith and reason? Can we rationally justify our religious beliefs/practices? What do religious beliefs refer to? Does the fact of great religious diversity mean anything for any particular religion or religious person? What is the relationship between religion and morality? What is the relationship between religion and science? Why do we have religion? What is it to be religious?

These norms – conceptuality, rationality, criticality, and analyticity – of how to deal with the (questions of the) philosophy of religion should be followed by others, that derive from the activity of questioning itself: openness to unexpected questions, toleration of odd suggestions of answers, patience with the stubbornness of dogma. In the case of religion, as opposed to, for example, philosophy of language or philosophy of mind, these values of acceptance towards the startling otherness of other thinkers are more pronounced and indispensable. This evidently has to do with the crucial place of religion in human experience, human life, and – I dare say – human politics. Perhaps it also has to do with how we teach, rather than write or research, the philosophy of religion.

Of the questions listed above, and of many others, one can say that they are not properly philosophical. Instead of being metaphysical, they may be construed as scientific; instead of dealing with epistemology, they are “merely” psychological; instead of addressing theology, they turn to politics. But it should be obvious, in the heyday of interdisciplinarity, that the ivory-towered conceptual, theoretical exclusiveness that is sometimes still mistakenly identified with philosophy has given way to a multi-perspectival cognizance of the deep significance of religious practices. That means involving in our study, for example, the Marxian critique of religion even though it carries the label of “political thought.” That entails engaging with Freud’s assault on religion although it lives in the halls of psychology. Sociological and anthropological renditions of the religious life (Geertz, but also Frazer) are fertile fields upon which to sow even more questions about religion. The philosophy of religion, even while analyzing the classical, logically astute, clearly conceptual contributions of great dead philosophers, cannot, in these interconnected intellectual times, ignore fruitful observations and interpretations from any and all persuasions.

The borders between philosophy and other disciplines have been trespassed, and wisely so. (Perhaps that should be the fate of all borders.) Similarly, the global reach of our discoveries and discussions has now made religions that are not of Western provenance more familiar and within reach. But the values which have reigned in traditional philosophy of religion have been centered on the Abrahamic religions with a sometime nod to some Eastern religions (mostly Buddhism and Confucianism). “Religions of the World” must become more than simply a descriptive name of a university class. Current attentiveness to the diversity of religions populating the world must result in a transformation of how we formulate, investigate, and adjudicate questions and their conceivable answers in the philosophy of religion. Indeed, opening up to the variety of systems of belief and concurrent practices around the world can even bring to a change in our definition(s) of “religion,” thereby radically altering the way we ask and try to answer the question “What is religion?”.

“Interdisciplinarity” and “diversity” are indeed current buzzwords; nevertheless, they should carry immense normative weight in the philosophy of religion. Similarly popular, but no less essential and perhaps even more vital here, is the axiom of gender. It is in religion that one can unambiguously ascertain the gendered history of humankind. Regrettably, it is in the philosophy of religion that one can still see the continuing gendered imbalance that rules its exercise. (I do not here refer to the numerical or even authoritative imbalance between men and women philosophers of religions, though that, too, is a normative problem.) Questions about the language of religion, which always talks of a masculine God are by now commonplace, but usually posed with a complacent smirk. Inquiries into the automatically authoritative role of men in the institutions of religion have become routine as well and look to institutional solutions. But it is in the philosophy of religion, that is, in the profound epistemological, metaphysical, and ethical analysis and critique of religion that questions of gender must be formulated. Without taking into account the work by (usually women) philosophers who interrogate the meaning of religious texts and practices from a perspective that problematizes their gender bias, the philosophy of religion in these times may be irrelevant and barren.

A final postscript: the three areas of normativity, with their associated values – interdisciplinarity, diversity, and gender – that I have adjoined to excellent philosophy of religion run the risk of being grasped as politically oriented. But if the personal is political, then the religious is manifestly political.