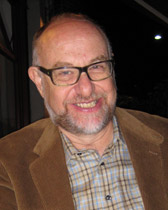 Kenneth Seeskin is the Philip M. and Ethel Klutznick Professor of Jewish Civilization at Northwestern University. We invited him to answer the question “What norms or values define excellent philosophy of religion? as part of our “Philosophers of Religion on Philosophy of Religion” series.

Let me start by saying that like most other areas of philosophy, philosophy of religion has become a specialized discipline whose practitioners typically evaluate the cogency of free-standing arguments often by reconstructing them in tight, logical form. For this type of enterprise, theoretical virtues like explanatory power, predictive accuracy, empirical adequacy, coherence with working theory, broad applicability, fruitfulness for further inquiry, and simplicity are essential. It is not my purpose to denigrate this literature. Like many philosophers, I have learned much by reading it and, in some cases, responding to it.

My claim is that if we were to look at philosophy of religion historically, we would find that evaluating the cogency of arguments is only one part of a much wider enterprise. For some thinkers, it is not even the most important part. Consider a list of great thinkers from the past. (In the interest of simplicity, I will confine the list to people in the monotheistic tradition):

Plato, Euthyphro
Augustine, The City of God
Alfarabi, On the Perfect State
Avicenna, The Book of Healing
Anselm, Proslogion
Maimonides, Guide of the Perplexed
Aquinas, Summa Theologica
Spinoza, Theological-Political Treatise
Hume, Dialogues on Natural Religion
Kant, Religion within the Limits of Reason Alone
Kierkegaard, Fear and Trembling
James, Varieties of Religious Experience
Buber, I and Thou

In looking at this list, several things become clear. First, not everyone regarded proofs for the existence of God as critical to the practice of religion. Kant thought the traditional forms of this argument were invalid. Kierkegaard thought they were silly. Buber did not even bother to mention them. Second and closely related, not all of these thinkers thought philosophy of religion was a theoretical enterprise whose methods were comparable to those in science or metaphysics. Spinoza argued that the Bible was concerned with behavior not the acceptance of theory. Kant protested against the idea that religion should work like physics or geometry. Kierkegaard would have said that not only do the theoretical virtues listed above not tell us anything important about religion, they distort its true character. James said that the part of mental life that rational methods can account for is relatively superficial.

Third if we look at the works listed above, we will see that demonstration is only one of several genres that the thinkers employ. While many of the works contain demonstrations, like Aquinas’ Five Ways, they are usually part of a much wider context. The medieval thinkers typically buttressed their demonstrations with commentary or citations from the sacred literature. Although quite different in their views of religion, Spinoza and Kierkegaard offered extended commentaries on biblical passages. Plato and Hume wrote dialogues. Buber practiced what might best be described as religious phenomenology. Maimonides’ Guide is a letter written to an advanced student who reached a personal crisis. Augustine engaged in historical commentary. James was a psychologist.

In view of this diversity, it is impossible to identify a single method or set of virtues that defines “excellent” philosophy of religion. For those interested in commentary, the relevant virtues might have more in common with literary criticism than with predictive accuracy, empirical adequacy, coherence with working theory, or simplicity. For the religious phenomenologist, the key virtue is authenticity to lived experience, from which I conclude that it is difficult if not impossible to do this kind of philosophy if you are an outsider. How can you describe what it is like to be in the presence of the divine if you don’t believe in it? Much the same is true of mystical experience. Although great philosophers in their own right, Russell or Quine are hardly the people I would consult to find out what such experience is like.

Finally what about that side of philosophy of religion that is unabashedly speculative? What do we say about thinkers who ask questions like “What would life be like in a timeless realm?” or “What would it mean to live in a redeemed world?” or “Can there be such a thing as hell?” or even “Can a perfect being experience emotion?” These questions are perfectly legitimate. To answer them, we have to go well beyond the analysis of arguments. This type of inquiry requires ability to imagine or think about realities unlike anything given in every day experience. I realize that in today’s environment, “speculation” may be a dirty word for some philosophers. But if physicists can speculate about alternative universes (a claim for which empirical confirmation or disconfirmation is impossible), why can philosophers not speculate about alternative realities as well?

In a nutshell, I am calling for diversity. As I see it, religion tries to acquaint us with the absolute. The question is: How do you characterize the absolute? With metaphysical categories? Moral categories? In terms of love or personality? Or, is it rather the case that the absolute cannot be characterized at all? One is, of course, free to argue that religion gets things wrong because there is nothing in the world or in human experience that is absolute in the relevant sense. Nonetheless if we are going to teach and come to terms with the past masters of philosophy of religion, we will have to open our minds to a range of methods, talents, and worldviews. While the analysis of arguments is a time-tested method, we are kidding ourselves if we think that other methods and attendant virtues do not have an important role to play.