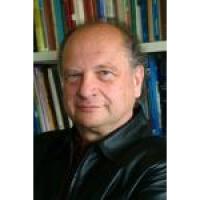 Robert Nola is Professor of Philosophy at University of Auckland, New Zealand. We invited him to answer the question “What norms or values define excellent philosophy of religion?” as part of our “Philosophers of Religion on Philosophy of Religion” series.

Consider ontological matters. These arise when for example, we consider philosophy of mathematics and ask whether or not there exists mathematical entities such as numbers (to which mathematical Platonism answers ‘yes’, but constructivism and various kinds of anti-realist stance can be taken to say ‘no’). Again matters of epistemology arise when we ask what knowledge of mathematical entities we can have, given that we do not have immediate epistemic access to them. For the Platonist this is a problem, but for anti-realists this is not such a large problem since there are no such entities to which we need to have any epistemic access. Finally consider logical matters. Logic is at the core of philosophy and would be part of any philosophy of X that deserves to be called ‘philosophy of …’. If philosophy of religion were to ignore the values and norms of logic its viability would be undermined (as has often been the case).

Similarly in religion, entities like God or gods or souls or spirits are postulated and we need to know, within the philosophy of religion, what answer can be given to the ontological question about God’s existence and what answer can be given to matters concerning their epistemic access. For the theist these are problems, but for the atheist these problems do not arise. In fact faulty ontology or epistemology provides weapons for the critique of much philosophy of religion.

For atheists (e.g., scientific materialists) ontological questions within the philosophy of religion have a negative answer; none of its postulated entities exist. Religion is a vast error theory (to employ a term of John Mackie). However atheists do agree that there are still important questions to address concerning religion. God does not exist but there is still the matter of accounting for why people have commonly believed that God (or gods) exists. Thus Hume in his 1757 The Natural History of Religion looks to the perilous existential conditions of human existence as a cause of human belief that God(s) exists; and he also adopts the view that God is some kind of projection onto the world. In his 1841 The Essence of Christianity Feuerbach is more explicitly projectionist. But the God we humans project onto the world as existing is to be understood non-realistically; God does not exist independently of our projection of him. In the 20th century an important Humean influence can be found in the work of the anthropologist Stewart Guthrie, who proposes, in his 1993 book Faces in the Clouds: ‘… religion may best be understood as systematic anthropomorphism: the attribution of human characteristics to non-human things or events’. This is a suggestive research programme which should accord with the norms and values of any empirically based science (but not necessarily religion or its philosophy). This is particularly so when the sciences of anthropology or sociology are applied to religion.

But alongside this, the last 50 years or so has seen a rapid growth in scientific studies of religion which bypass the traditional approach to religion based upon philosophy. Their aim is to draw upon the values and norms of science (and not philosophy) in explaining matters, such as why people believe in gods, the neurological basis of “religious” experiences (such as near-death experiences, or out-of-body experiences), the nature of spirituality, a naturalistic approach to Godless morality, and the like. These studies can be seen as complementing our understanding of religion and the problems traditionally addressed in philosophy of religion. But they can also be seen as undermining and debunking much of religion and its accompanying philosophy. It debunks because it exposes as erroneous many traditional explanatory accounts of religion which appeal to a divine God. In so doing it proposes a rival naturalistic account of how religious beliefs come about which then replaces traditional religion and its philosophy.

Earlier in the 20th century Freud, a committed atheist, proposed that the causes of religious belief were to be found in “psychiatric delusions” such as unfulfilled wishes for a providential “father” figure to guide us through the vicissitudes of adult life. Freud took himself to be giving a scientific account of aspects of religion – but of course his psychological hypothesis needs to be subject to test by the methods of science. Freud is also a debunker of religion who took a dim view of the attempts by advocates of the philosophy of religion to maintain religion in some way; they ‘try to defend it piece by piece in a series of pitiful rear-guard actions’ (Civilization and its Discontents Part II).

Perhaps one of the strongest challenges to traditional philosophy of religion comes from the account of religious belief to be found within the theory of evolution. Darwin had suggested in his The Descent of Man that there is a general propensity for humans to attribute agency to ordinary happenings (like storms, volcanic activity, etc) and that this readily passes into a belief in God or gods as unseen agents. This has served as a basis for recent theorizing within cognitive psychology about the evolution of agent detection devices which were initially directed upon the predatory agents with which our ancestors had to cope in order to survive. So there is postulated to be, in our minds, a hypersensitive agency detection device, given the acronym ‘HADD’. The processes of evolution along with other cognitive developments (such as language use and story-telling), turns HADD into an important evolutionary by-product which acquires the new role of postulating agents quite generally, such agents being a God, or gods. Again the postulation of HADD is a matter which has been given much attention to determine its scientific credentials.

In addition there is research within the theory of evolution which is outside cognitive psychology. It looks, for example, at cooperation within social groups and the role which the belief in God(s) can play in maintaining and even enhancing societies. See for example, Dominic Johnson’s God is Watching You: How the Fear of God Makes us Human (2016) and Ara Norenzayan Big Gods: How Religion Transformed Cooperation and Conflict (2013). Once again belief in God is important; whether there is a God of traditional philosophy of religion drops out of consideration. The topics covered in these books are an important part of current research within the scientific study of religion.

All of these studies are part of a naturalized approach to religion in which religion is no longer taken at its face value, as in traditional philosophical approaches. Rather the studies are part of the extension of science to the field of religion (critics would dub this as being “scientistic”). Given the same length of time in which philosophy has been an accompaniment to religion (from the Ancient Greeks onwards), it will be interesting to see the challenges which science will bring to religion and how much of it will survive (in my view not much). As matters currently stand, many of the above hypotheses need to have a proper scientific basis in testing; without this they will fall by the wayside as merely historically interesting speculations. But it is in this way that a scientific basis for religious belief will emerge from the processes of scientific development and testing. Such a process of conjecture and refutation marks an important difference between religious and many philosophical approaches to belief in God and the scientific approach.

The original question asked was about the norms and values which apply to philosophy of religion. If it does not adopt the same standards to be found within philosophy then it is a lost subject, no better than dogmatic belief. However the consideration of religion from a philosophical viewpoint is very narrowly confined. The application of the norms and values of science opens up quite new perspectives on religion and the role it has played in human existence. For too long religion and its philosophy have escaped this kind of critical scrutiny. It is a moot question as to whether either will survive this scrutiny.