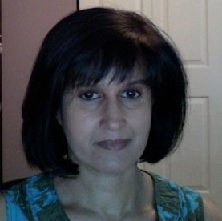 Sonia Sikka is Professor of Philosophy at the University of Ottawa, Canada. We invited her to answer the question “What norms or values define excellent philosophy of religion?” as part of our “Philosophers of Religion on Philosophy of Religion” series.

Objectivity as an intellectual virtue in the Philosophy of Religion

The virtue of objectivity, understood simply (and vaguely) as an impartial willingness to follow the evidence where it leads, is surely of obvious value for any and every sphere of inquiry. A hermeneutics of suspicion might raise doubts about the possibility of actually achieving such a stance, and of course there are vexing philosophical questions about the nature of truth. But the sense that holding oneself to the regulative ideal of objectivity is an essential prerequisite for arriving at the truth, should it be possible to do so, is fundamental to the self-conception of philosophy, and it is a virtue in which philosophers generally take pride. Bertrand Russell speaks of “the impartiality which, in contemplation, is the unalloyed desire for truth,” connecting this “quality of mind” with justice. Heidegger, whose philosophical methodology otherwise has little in common with Russell’s, expresses a similar sentiment when he argues that a “Christian philosophy” is a contradiction in terms because philosophy is essential questioning. It asks, “why is there something rather than nothing?” whereas for faith, the question is already answered. Nietzsche may be alone among philosophers in questioning the value of an objective pursuit of truth, but even he does not maintain this stance consistently. It is hard to mistake the note of pride in his suggestion that, while complete knowledge may destroy a person, “the strength of a spirit” should be measured by “how much truth he can endure,” or how much he needs to have that truth diluted, sweetened and falsified.

Religion is especially, for Nietzsche, the expression of weak spirits who cannot take the truth. This idea that religion is an error produced and sustained by desire – an “illusion” in Freud’s sense of that term – is by now a commonplace in both popular and academic discourses. Fear of meaninglessness and especially of death is often taken to be the ultimate explanation for religious projections, echoing Feuerbach’s proposal that “the grave of man is the birthplace of the gods.” One should be careful, though, of committing what I have taken to calling the nihilistic fallacy, supposing that if a belief is disconsoling, it is ipso facto true. This subtle bias is typical of a certain modern attitude, whose rhetoric often betrays pride in one’s own capacity to endure the cold, hard truth whereas weaker spirits must cling to comforting illusions. It sometimes informs discourse favoring “naturalism,” as opposed to belief in the “supernatural,” something of which no self-respecting, scientifically-minded and rigorous, philosopher wants to be accused (though a genuinely rigorous analysis needs to pose hard questions, I feel, about the meanings of interdependent terms such as “natural” and “supernatural”).

Yet, with this caveat, philosophy should be essential questioning rather than confessional apologetics, and there are credible concerns about whether the current shape of the philosophy of religion truly is that. The dominant topics and structure of this subfield tend to reveal its origins as a descendent of Christian theology, continuing to follow the model of “faith seeking understanding,” Anselm’s motto in a distant age. John Schellenberg has pointed to the dominance of conservative Christian theologians within the field, suggesting that their approach is often not philosophy at all but Christian apologetics using the tools of philosophy. To be sure, one cannot legitimately dismiss arguments merely because they are presented by someone who happens to be a believer. It would also be naïve to suppose that anyone who enters a philosophical debate on a topic they care about is ever entirely neutral towards possible conclusions. We all have our sympathies. But starting with a bundle of “truths” that one is committed to defending no matter what hardly represents the virtue of objectivity, and seems an untrustworthy route for arriving at the most plausible beliefs about ultimate reality, death, or evil, among the other issues with which the philosophy of religion typically engages. If one should not overestimate the difference, in practice, between faith seeking understanding and open-ended philosophical questioning, one should also not collapse it.

Personally, I have found the practice of teaching philosophy of religion to be the best education in objectivity. Trying year after year to perform the delicate balancing act of being respectful and kind to students coming from an enormous variety of perspectives, while at the same time encouraging thoughtful and critical reflection, provides a rare exercise in seeing, not without interest but with many and different eyes (Nietzsche’s interpretation of the closest we can come to “objectivity”). To some extent, this is true of all teaching, but philosophy of religion is different. The subject evokes strong passions stemming from beliefs that are constitutive of people’s identities, from the extremes of devout faith to militant atheism, with individuals at opposite ends finding it pretty much equally painful (in my experience) to take counterarguments seriously. It is impossible not to be intellectually shaped by the practice of repeatedly negotiating this context, under the pedagogical self-discipline of holding to values that are in the first place actually social rather than epistemic. I want to promote civility while not being perceived as favoring any student or set of students over others. I want to present counter-arguments without setting myself up as an adversary or opponent. I want also, in this subject more than in others I teach, to be compassionate, given the depths of the feelings and sensitivities at stake. Whatever conclusions I may come to on metaphysical questions, I would never want to treat lightly the refusal of tragedy and longing for meaning that motivates many (though not all) religious beliefs.

No doubt perfect “objectivity” in a field like this one is unachievable, supposing that such an ideal is even intelligible. But if it is possible, in our classrooms, to consider with equal charity the views of believers and atheists and those in between – including thoughtful seekers trying to discover what is most plausible in a piecemeal fashion rather than committing themselves to one or another of those bundles of belief-and-practice that we call “religions” – then there is no reason why we cannot do the same in our scholarship.