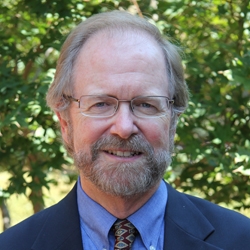 Norris Frederick is Professor of Philosophy at Queens University of Charlotte. We invited him to answer the question “What does philosophy of religion offer to the modern university?” as part of our “Philosophers of Religion on Philosophy of Religion” series.

“What does philosophy of religion offer to the modern university?” The question seemed so clear when I first considered it, but now I can think of many directions that answers might go.

As I write this, the people of the United States are perhaps more divided than ever on major issues of politics and ethics. Hatred has led to mass murders by individuals and to senseless killings by police: Charleston, Orlando, Dallas, Ferguson, Baton Rouge….and the list continues. Political rhetoric in the presidential campaigns has been based largely on fear and personal attacks. Public confidence in political figures is at all-time lows.

Many of our students — in response to these hatreds and fears and in their desire to welcome others—confuse acceptance of differences with subjectivism: “Whatever you believe, that’s right for you.”

The best philosophy of religion classes, in my view, model a sympathetic approach to deeply held beliefs, and also move beyond subjectivism to critically examine current beliefs in order to move toward more adequate beliefs, thus benefitting both the individual and our society.

William James’ The Variety of Religious Experience, with its phenomenological and pluralistic bases, is the backbone of my approach. And I also find a guiding idea to my pedagogy in his Talks to Teachers. On its first page, he urges teachers to “reproduce sympathetically in [our] imagination, the mental life of [the] pupil as the sort of active unity which he himself feels it to be.” Note that this respect is both ethical and pedagogical. It assigns a worth to the current life of each student as that student experiences it. It’s a worth very different from the “I respect your right to be an idiot.” It’s different because we’re asked to sympathetically imagine the unity that the student feels. The ethical is based in the pedagogical and phenomenological in that the mental lives of the students and our own as teachers are based in the same processes of the stream of consciousness, association, habit, and so on. Every person’s life—including that of the esteemed professor—is built largely on the same principles.

That very recognition of the contingency and historicity of all our ideals and passions is one of the things that made James such a superb teacher. We hardly feel that everyone in the profession of teaching philosophy—let alone in teaching other disciplines—should come to the exact same conceptions about the nature of the good life and what the aims of life should be. Our lives and our democracy are better to the extent that we can sympathetically imagine the lives of others and thus extend respect to their lives. So it is with the lives of our students.

As I think back upon my teaching, some of the best moments in class and I hope some of the best learning took place with assignments that allowed the students to think about their lives and at the same time allowed me to sympathetically imagine their lives. In my introductory Philosophy of Religion class, the assignment for the second meeting was to write one – two pages on “What influences did your parents have on your worldview? Do one’s parents determine one’s worldview?” The students were told in advance that I’d ask them to discuss or read part of their papers in class, although they could pass if they weren’t comfortable with sharing what they’d written.

There were a wide variety of responses that led to a lively class discussion which offered the opportunity for the students to sympathetically imagine the mental lives of each other. Many chose to describe their religious upbringing or absence thereof. Some asked others for more details about their upbringing. The second question (“Do one’s parents determine one’s worldview?”) allowed for students not only to further describe their parents’ influence and the student’s actions, but also to develop a definition of “determine,” and to offer evidence and reasons.

The assignment was connected to the topic of the day’s reading on “worldviews,” and it appealed to each student’s strong interest in the self and to their curiosity about concrete and lively details in the upbringing of others.

And the discussion gave me an opportunity both to learn more about my students’ lives and also in that context to strive for distinctions (such as the difference between “influence” and “determine”) and to ask whether some of the evidence offered was sufficient or relevant to claims being offered. When I commented in class and later when I read and wrote comments on the papers, I not only sympathetically responded to the student’s present self, but also invited him to grow into a wider and deeper self. As James makes clear, sympathetically imagining the unity of a student’s mental life is not mutually exclusive with challenging a student’s thought. We who teach philosophy have an obligation to our students to move them toward a broader and deeper set of ideas that is more adequate for meeting life.

With that introduction to the course, the students felt more free both to express their own views and to realize that critically examining those views might get to a more adequate response. In my most recent philosophy of religion class some memorable discussions occurred between two of my students who in many ways could not have been more different. She was a middle-aged African-American woman from a rural town in the South, whose strong Christian faith was formed in youth and sustained by community.  He was a 20-something white male from the Northeast whose major in biology and military deployment in several countries had led to a sort of reverse conversion, through which he now happily found himself a naturalist, an atheist.

These students played a leading role in class discussions in which several realizations occurred over the course of the semester. She came to realize that there are plausible arguments for atheism, even though she would never find them strong enough to become an atheist. He was particularly interested in reading and discussing instances of conversion and transcendence. He had at first dismissed these experiences as non-scientific and thus non-veridical, but as we discussed and read the arguments of James and others, he came to see the value of the experience of transcendence. For him, the object of that transcendent experience was not God, but nature. Both he and the theist came to a realization that each found value in a transcendent experience.

While they might have left the semester’s discussions alienated and estranged, instead they found themselves companioned, in community. And both had deepened their understanding of philosophy, religion, and self. That’s one valuable thing philosophy of religion can offer to the modern university, and to our culture.