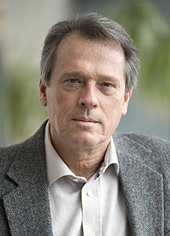 Jeppe Sinding Jensen is Associate Professor in the Department for the Study of Religion at Aarhus University. We invited him to answer the question “What does philosophy of religion offer to the modern university?” as part of our “Philosophers of Religion on Philosophy of Religion” series.

The philosophy of religion may offer a lot to the modern university, but currently it does not. Why? It should be about religion –  but a look at what commonly and currently carries the label ‘philosophy of religion’ in the academic world will inform any reviewer that such is not the case. The literature (etc.) abounds with evidently theological topics and concerns (see Stanford Encyclopedia of Philosophy for an easily accessible overview). The lines between philosophy and dogmatics may appear blurred – if there at all. Of course, theological concerns are the province of theologians and theology is where these could and should be taken care of, even when carried out in more philosophical (rather than dogmatic) modes. Most practitioners of common philosophy of religion also appear to be theologians with philosophical inclinations, rather than philosophers interested in religion. In fact, these days very few (non-theological) philosophers seem to take any interest in the philosophy of religion. This is quite remarkable given the historical record of great philosophers being keenly interested in religion and religious issues. Other historical records provide the accounts of how and why this happened. As time went by with modernity, increased secularism in education and scientific breakthroughs, the spell of religion was gradually removed from the academy. It now persists mostly in religious domains and institutions and this creates the impression that religion is the property of religious people and of interest to them only.[1]

However, it is time for philosophers to regain an interest in religion as one of the most intriguing dimensions of humanity: Why is it that when modern humans were afforded the use of rational thinking, they lapsed into religion, all over the globe and as far back as can be ascertained? The Dutch anthropologist Jan van Baal once dubbed this datum the ‘scandal of religion’. Any philosopher concerned with human thought and behavior (who is not?) should take an interest in religion and the study of ‘it’ – rather than just engage in polemics as some philosphers have done recently. Whether one normatively considers religion to be an example of spiritual elevation or of archstupidity there is still an object to be so considered. As Ludwig Wittgenstein pointed out, humans always see things ‘as something’.

Now, a philosophy of anything must have a referential grounding – it must be about something. A philosophy of religion must thus be about religion just as the philosophy of language, of social science, or of physics must be ‘philosophizing’ about those matters. Leaving the vexed questions of the definition of religion aside, I see the philosophy of religion as concerned with ‘forms of life’ and not with the putative qualities of any ‘godhead’. The philosophy of religion is not about god, nor should it be restricted to the scrutiny of Christian dogmatics or ethics.[2] It should potentially be about all kinds and modes of religion and so it would be about human existence in general. As the anthropologist Clifford Geertz pointed out long ago, the ‘religious perspective’ infuses the intuitive perceptions of the world with purpose, coherence and meaning. Religious perspectives are socio-cultural networks of cognitive governance; they instruct humans in how to see, think and feel. Religious perspectives are abstract behavioural guidelines that constitute strong forms of normative cognition. They are metaphysical constructs supervening on and making the physical world habitable for humans. Humans cannot avoid thinking about how we know and about how we could know. All religious traditions attest to this human epistemic urge and before the ‘abstract turn’ such epistemic concerns were expressed in anthropomorhic constructions, the gods were human-like. One may recall Frederick Strawson’s ‘descriptive metaphysics’ as being about humanity’s ‘deepest assumptions’. In this post-metaphysical age, most scientists at best consider metaphysics word-games, albeit perplexingly nonsensical and profoundly atavistic. If metaphysics is anything it is a property of humanity: without humans there would be no metaphysics on this planet. This is epistemology because it is about human knowledge (even if mistaken such). There is only one place to look for metaphysics and that is in human minds and in the products thereof, say, in religion. Then, the humanities – including philosophy – is probably where we should consider the ‘new’ metaphysics about matters beyond nature and so beyond the sciences, but matters that matter  for the life-worlds of humans. All religious cosmologies are human constructions. Some (the devoutly religious) do see this differently, but wherever the instructions may come from it is humans that observe them.

Religions are social products – humans ‘do’ them. The study of social products needs two philosophies: one of social products and one for the study of social products. And so, there is a metaphysics of social products, that is, investigations into what we may mean by ‘social ontology’. That is a metaphysical question: what are the universal properties in the ontology of the social? This has consequences for religious studies and so for the philosophy of religion. The philosophy of religion(s) would thus be restricted to what can be sensibly said of social constructs, in evolution, in history, in minds, and in institutions. But they would simultaneously – and constructively  – be supported by the knowledge acquired in all those fields that study such matters from all possible angles. Whether religious phenomena, claims, or discourses are ‘true’ or not is irrelevant. It is their social ontology that matters, how they inform human thought and practice. Religion is not mysterious; it can be studied and ‘philosophized’ about as can all other forms of human life. Their meaning lies in what they do, how they are constituted and used in social interaction. Thus, the philosophy of religion would appear to be a specialization in the philosophy of the social. The philosophy of language and pragmatics are role models already available.

[1] This account refers to changes in the Western world.

[2] There are notable exceptions this Western bias in some Asian academic institutions.