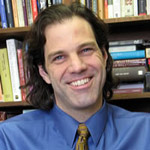 Today, some philosophers of religion who are interested in expanding the scope of the discipline in this global way replace the focus on God with a more inclusive category like “ultimate reality.” Given a more abstract category like this, one can compare person-like conceptions of ultimate reality to non-person-like conceptions (such as the superempirical realities without agency listed above or Neo-Confucian Principle or Spinoza’s natura naturans). One can then bring to non-theistic traditions the questions previously asked only in the theistic traditions: what is the nature of ultimate reality? What grounds are there for the claim that ultimate reality should be conceptualized in that way?

My own sense, however, is that philosophy of religion will be more productive when philosophers of religion do not interpret the world’s religions through a single template – asking the same questions previously asked only about God — but instead invest the time necessary to find the particular philosophical issues that have structured religious philosophical debates in different times and places. The nature of God is an issue that is foregrounded in west Asian debates between Jews and Christians and Muslims, and the question whether theistic belief is reasonable became central to the modern west. But it may be that other issues were foregrounded in other parts of the world. An interpreter of the east Asian debates between Confucians and Daoists and Mohists, for example, might judge that the primary issue was how to live properly or virtuously – questions now often classified as ethics – and that the issue of the nature of ultimate reality (though not absent) was rarely foregrounded. An interpreter of the south Asian debates between Hindus and Buddhists and Jains might judge that the primary issue concerned the nature of consciousness and what it is to be a human person – questions now often classified as philosophy of mind – and that the issue of the nature of ultimate reality was again rarely foregrounded. This is what I meant by saying that the shape that philosophy of religion will take in the future is an open question.

As philosophers of religion come to see their subject matter as global, a second way in which the discipline should grow is to recognize that the philosophically significant parts of religion are not limited to the texts produced by religious intellectuals. Although the works of Anselm or Dōgen or Śaṅkara or Ibn-Sīnā may be the most explicit and developed religious philosophies, the most easily accessible to philosophers of religion today, their texts are not the only aspects of religious lives and communities of philosophical interest. A second set of questions has to do with the cognitive aspects of religious practice. What is learned not from texts but from dancing, or fasting, or prostrating, or other forms of ritual or ceremonial or liturgical practice? What is the relation between a religious community’s claims about ultimate reality — or their claims about ultimate reality, virtue, and consciousness — and their participation in the activities and institutions in which those forms of knowledge are meaningful and persuasive? I think that this second set of questions is largely unexplored at present, but exploring it connects the discipline of philosophy of religion to philosophical issues in social epistemology and embodied cognitive science and, ultimately, to foundational issues in the social sciences.

I have had some traditional philosophers raise the objection that this proposal is too broad since no one can do all this. This objection is surely right: no one individual can. But this is a vision for the discipline as a whole, and different philosophers can take up the parts of it in which they are interested. Some philosophers may choose to work on the issues that have been central to the discipline – faith and reason, the problem of evil, and other questions regarding the rationality of theism. But other sets of questions can and should also be treated as philosophy of religion, and so some philosophers should take up the questions regarding the rationality of polytheistic or nontheistic religions, the extra-textual questions of embodied practice, and the philosophical questions that inform other disciplines in the academic study of religions. In this respect, this vision of what philosophy of religion does is analogous to the vision for other disciplines that are global in scope. And in a shrinking world, I judge that that is what is needed most.