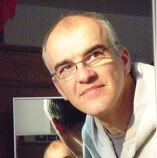 Let me draw a parallel with aviation: future philosophers of religion take off, like all philosophers, by studying a wide variety of subjects from metaphysics to political philosophy, from epistemology to aesthetics, from ethics to philosophy of science.

It is not in terms of taking off where philosophers of religion differ from their other colleagues in the discipline. It is rather in terms of landing. After studying metaphysics and ethics and epistemology etc. those who intend to land a career in philosophy of religion have to realize that the landing spot is too small. The horror disappears once they look to their right and to their left: the landing corridor is only a few yards “long”, but it is also several miles “broad”. In other words, philosophy of religion is no compact area in philosophy but rather a narrow path which goes through all areas of philosophy: from metaphysics to ethics and political philosophy and from epistemology and philosophy of science to aesthetics.

As a philosopher of religion one comes across questions like whether God exists, no doubt a metaphysical one; whether the failure of omniscience in contexts in which knowledge is closed under inference is a serious argument against God’s existence, which is a problem adjacent to epistemology and epistemic logic; whether the naturalistic fallacy endangers the validity of the divine commandments, NB a metaethical question; whether God’s existence is a genuine explanation for the existence of the universe, which is a question of philosophy of science, and so on.

Like most philosophers of religion I land along the longish corridor with the result that I often touch down in the area of probability theory to come to a standstill only in the area of epistemology of religion; other times I first pull the brake lever when I am in deontic logic and once again when I have arrived at the area of the New Testament exegesis; sometimes it is the part of the corridor from nonclassical logic to Christian dogmatics where I decelerate.

Mainstream academic philosophy tends to ongoing specialization and accumulation of knowledge. Academic philosophy of religion forms no exception to this trend. Though a mainstream academic philosopher of religion, I find it occasionally refreshing to read and sometimes to teach on the work of authors who challenge this paradigm. In my case these authors are Solovyov, Dostoyevsky, Florensky and Wittgenstein – three out of four are authors who adhered to the church in which I was socialized. I consider this to be accidental. Philosophy of religion can be apologetic and show engagement but, at the same time, it is a discipline which is not institutionally affiliated to certain religious communities. At least this is how I feel about my work.

This sounds like claiming that a philosopher of religion can also be an atheist. I have never encountered a philosopher of religion who openly admitted atheism, but I have met agnostic and sceptic philosophers who find the idea of a necessary being, the emergence of political religions and some forms of ecclesiology appealing. What keeps atheists from philosophy of religion is probably the fact that a rational proof of God’s existence is, in the worst case, false but a non-believer’s empirical disproof of it is, in the best case, based on a category mistake. How can you disprove empirically the existence of an entity which you are not supposed to experience by external perception?

Generally, I find it very exciting to encourage students with atheist, sceptical or agnostic preconceptions to occupy themselves with philosophy of religion. A shiny, new spectrum of problems appear to be interesting for them: How do we revise our religious beliefs? Is the pattern of reasoning which underlies changes in religious faith nonmonotonic, as often claimed for other kinds of belief, or is it rather monotonic? How does religious conversion affect different parts of a belief set? Is it, for example, as viable to revise the hard core of a religious belief and to leave unimportant parts thereof unrevised, as it is to do the opposite? As one sees, the application of belief revision theory to the philosophy of religion, an application with which I am occupying myself in the last months, is promising.

It is not possible, I think, to decide questions concerning conversion independently of the concrete belief involved. And since conversion is something which covers also the passage from religion to atheism, scepticism, agnosticism and vice-versa, one should consider also these three last attitudes to be beliefs involved – in fact to be highly interesting to philosophy of religion. I find this one additional argument to attract atheists, sceptics and agnostics to philosophy of religion.