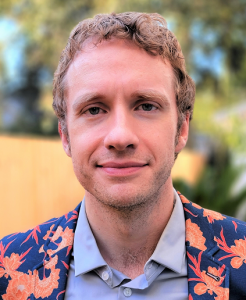 Thomas Metcalf is Associate Professor of Philosophy and Director of the Program in Philosophy, Politics, and Economics at Spring Hill College in Mobile, Alabama. We invited him to answer the question “Is there a future for the philosophy of religion?” as part of our “Philosophers of Religion on Philosophy of Religion” series.

Against this conclusion, I can think of three objections.

First, someone might argue that there will only be a future for philosophy of religion based on the future of the sciences if the sciences tend to support theism. Otherwise, the sciences will be compatible with the dominant view in philosophy, namely, the disjunction of atheism and agnosticism. Reply: New scientific discoveries tend not to militate against theism; at the worst, the valence is neutral. Indeed, someone might argue that two of the most-important scientific discoveries of the Twentieth Century—the Big Bang and fine-tuning—support theism more than they support atheism. In contrast, it’s difficult to imagine which future discoveries might support atheism. Perhaps we will discover a planet of conscious beings who are constantly tortured, or a set of alien races that have never believed in theism, but that hasn’t happened yet, and it’s not obvious that such discoveries would falsify theism anyway.

Second, and as a follow-up, someone might argue that if the sciences do indeed support theism fairly consistently, then that doesn’t bode well for the future of philosophy of religion either. If the sciences support theism too strongly, then what room will there be for philosophy of religion? Replies: (1) I also don’t expect the sciences to univocally support theism; perhaps evolutionary biology provides a strong undercutting defeater to biological design arguments, and perhaps the relative emptiness of the universe provides a strong rebutting defeater to cosmological design arguments. (2) Even if scientific discoveries were to univocally support theism, then unless we’re fairly extreme metaphilosophical naturalists, we would admit that there would still be further steps necessary to translate those discoveries into philosophical arguments. (3) Given the aforementioned dominance of atheism and agnosticism among philosophers, and the decline in general of religiosity, we should expect that it will still be an uphill battle to parlay scientific discoveries into convincing arguments in the philosophy of religion for theism.

Third, I have been tacitly assuming that there is a future for the sciences. That’s the antecedent of the conditional of which philosophy of religion’s future is the consequent. But someone might wonder whether there really is a future for the natural sciences, at least for those that seem most relevant to philosophy of religion. The Theory of Evolution, in broad strokes, is here to stay. Physics inquiry is beginning to run up against the limit of our technical apparatus; at least, the cost of building new particle accelerators and telescopes seems to be increasing faster than the rate of ground-breaking new discoveries. No doubt, biology and biochemistry have lengthy futures ahead of them, but pace a few dissenters, I don’t expect those fields to tell us very much more about the existence of God. Neuroscience and the social sciences are another story, but their role in traditional, Anglophone philosophy of religion has been much less central. Reply: Well, as a famous physicist may have said, predictions are difficult, especially about the future. I don’t think anyone should be confident that physics, especially cosmology, has already effectively come to an end.

More generally, I think we should all be confident in the ingenuity of philosophers of religion—theist, atheist, or otherwise—in finding evidence for or against God in the discoveries of science, and sometimes in unexpected places. Perhaps they’re wrong to do so; perhaps the sciences are overall irrelevant to the theism-versus-atheism debate. But that doesn’t change our observed track record. Scientific discoveries have provoked enormous discussion and ingenious new arguments for or against theism. I don’t see any reason yet to expect that trend to change.