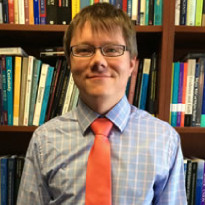 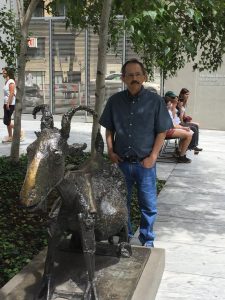 Some intriguing arguments have recently been advanced for the thesis that the practice of the philosophy of religion suffers from serious epistemic deficiencies. According to Paul Draper and Ryan Nichols, for instance, the practice of philosophy of religion—and especially its theistically committed practitioners—regularly violate norms of rationality, objectivity, and impartiality in the review, assessment, and weighing of evidence (Draper and Nichols, 2013).

In §§2-3, we consider the charge of epistemic partisanship and show that the observational data does not in fact illustrate a norm-violating form of inquiry. We argue that the major oversight in the charge of epistemic partiality is the epistemically central role of prior probabilities in determining the significance of incongruent evidence. We argue that reasonably divergent views on the likelihood of theism on incongruent evidence can also account for differences in significance. We conclude that it is an epistemic requirement that committed theists regard incongruent evils as much less significant evidence against theism than do lukewarm theists, agnostics, or atheists. Differences in the significance of evidence properly reflect differences in commitments to theism.

The central epistemic charge against the practice of contemporary philosophy of religion is that it regularly violates norms of rationality, objectivity, and impartiality in the review, assessment, and weighing of evidence. The basis of the epistemic charge is the observation that, in the practice of philosophy of religion, philosophers evaluate incongruent evidence as less significant or weighty than congruent evidence. Theistic philosophers in particular evaluate evidence against theism—arguments from evil, say—as less epistemically significant than the evidence in favor of theism.

The epistemic charge is defended via analogical argument. The analogical argument points to the similarity of the observational data among philosophers of religion to multiple examples of confirmed cases of cognitive bias found in some psychological experiments. The psychological experiments in general purport to show agents exemplifying epistemic partiality. In one psychological experiment, for instance, two groups differing in their opinions on the deterrent effect of capital punishment were tested for cognitive bias. Half of each group was given data confirming their preferred views and the other half were given data disconfirming their preferred views.

. . . Participants on both sides did not reason impartially, weighing the evidence on both sides independent of their own commitments. Instead, they critically considered the opposite theory more carefully in order to buffer counterevidence with consonant information. (Draper and Nichols, 2013, p 425, emphasis added).

Consider, for instance, how much evidence, e, the observation of apparently unjustified intrinsic evils provides against the existence of God, G. Let k be the total evidence we have for and against God’s existence apart from e. For theists who are just beyond being agnostics—’tepid theists’ for whom P(G| k) is, say, roughly .6—the discovery of e can be significant evidence against the existence of God (Cf. Wykstra, 1996). So, for tepid theists the incongruent evidence e can be quite significant evidence against theistic belief. If so, e significantly disconfirms theism, P(G| e & k) !< P(G| k).

Suppose God’s existence is not especially likely given the evidence e. Let P(e| G & k) be roughly .5. How likely is the non-existence of God given that we observe apparently unjustified intrinsic evils? It does not matter to the epistemic point we want to make, but it does seem likely. So let P(e|~G & k) be roughly certain. If the probabilities are distributed in this way then, for tepid theists, e decreases the probability of God’s existence precipitously, by roughly 30%. The probability of God existing given e, assuming a tepid theist’s prior probabilities, is about .42.

Our point is that there are almost no theists whose priors for theism are so weak. Tepid theists are much closer to being agnostics than to being theists. Theists whose evidence for God’s existence is stronger—theists who put P(G | k) at, say, .9 or .92 will assess the very same evidence against the existence of God as comparatively insignificant. The counterevidence e for strong theists will decrease the probability of God’s existence from .9 to .81, a roughly 9% decrease. And as the prior probability for God’s existence approaches certainty, the evidential significance of e approaches 0. The observation of apparently unjustified intrinsic evils is almost irrelevant to the existence of God for theists who are confident that God exists.

But suppose that God’s existence is very unlikely given e, where P(e | G & k) is, say, roughly .3. And suppose further that God’s non-existence is extremely likely given e, where P(e | ~G & k) is roughly certain. The relative likelihood P(e | G & k)/P(e | ~G & k) is low. If a theistic philosopher’s prior probability for God’s existence is reasonably high—say roughly .9 – .95—then the observation of the incongruent evidence in e will not be highly significant. The posterior probability for God’s existence, P(G | e & k) will be roughly .85. So even in cases where the likelihood of God’s existence on e is extremely low, it will not in general be appropriate for a philosopher of religion to assess the incongruent evidence in e as significant.

But surely some atheists will maintain that the likelihood of God on e is even lower than .3. Early on John Mackie argued that P(e | G & k) ≈ 0 since, Mackie argued, there are quasi-logical rules entailing that an essentially omnipotent, omniscient, and morally perfect being would eliminate all evil (Mackie, 1955). Mackie’s view on the issue changed dramatically, of course (Mackie, 1983). But perhaps some atheists might put P(e | G & k) ≈ .2. In this case it is extremely unlikely to observe apparently pointless evils on the assumption that God exists. If the relative likelihood of P(e | G & k)/P(e | ~G & k) is extremely low, then most often incongruent evidence e will be significant for theists and atheists alike. The response of some theists, of course, has been to argue that e is expectable on the assumption that God exists, so P(e | G & k) is higher than atheists believe. Atheists of course disagree, but views of either sort are not evidentially cost free.

But setting this serious issue aside, the assumption that P(e | G & k) ≈ .2 alone does not in general entail that e is significant evidence against theism. For committed theists whose prior probabilities for theism are, say, in the range of .95 – .97—these are theists who are pretty sure that theism is true before facing the evidential problem of evil—the evidence e will not constitute very significant evidence that theism is false. For these theists, it will lower the probability for theism around 15% – 20%. That is a low percentage given the assumption that it is very unlikely to observe e on theism, and we do in fact observe e.
Without attending closely to their prior probabilities for theism, we can get the impression that theists are not weighing the evidence against theism fairly or objectively. We can get the impression that theists are in violation of some epistemic norms are epistemic partisans of some sort. But attending to the fact that most theists come to the evidential problem of evil with comparatively strong commitments to theism explains why incongruent evidence is not especially significant for them. Even in cases where the incongruent evidence is not particularly expected on the assumption that God exists, we find that the evidence is not very significant for committed theists.