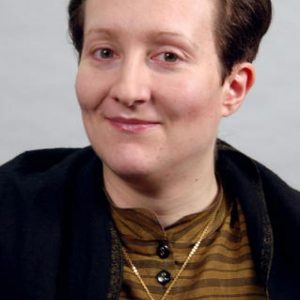 Ilaria L.E. Ramelli is Full Professor of Theology and K.Britt endowed Chair (Graduate School of Theology, SHMS, “Angelicum” University) and elected Senior Research Fellow at Durham University, at the University of Oxford (Fowler Hamilton fellowship) and at Erfurt University, Max Weber Center, within a Research Award / “Forschungspreis” from the Humboldt Foundation. We invited her to answer the question “What norms or values define excellent philosophy of religion? as part of our “Philosophers of Religion on Philosophy of Religion” series.

Excellent Philosophy of Religion [PoR] could be defined by values that are interrelated with the virtues of Philosophy and virtues of Religion together. These virtues are ἀρεταί in their Greek etymological sense: virtues as excellences, and therefore as norms and models. Overall, values that define excellent Philosophy are truth (or better the quest thereof) and logical/rational rigour. Values that define excellent Religion are the pursuit of the Good and the moral and spiritual elevation of humanity.

Ancient philosophy, which included theology as its highest peak and offers the first examples of PoR, often described its own goal as the “assimilation to God,” God being the core of Religion but also the highest object of Philosophy (see below). The exercise of philosophy in antiquity aimed neither at academic career nor at political power nor at acquisition of money or similar goals, but at the philosopher’s assimilation to God-God being the supreme Good, and theology being the pinnacle of philosophy. The life of the philosopher had to conform to this noble telos or aim. Therefore, the ideal was no corruption, no injustice, no iniquity, no envy, no calumny, no meanness, nor any other pathos (passion or bad emotion) or evil deed for every day of the philosopher’s life-nothing unworthy of God, who is the model for humans-but rather all virtues, which are exemplified primarily in God.

Excellent PoR is rational investigation applied to things divine and the relation between the Divine and the world, especially the relation between the divine and humanity-as already Origen thought of it, PoR is essentially Philosophical Theology. I agree, and Origen would agree, that philosophy matters a great deal in the study of religion, and religion-theology in philosophy.1 Ancient epoptics, i.e. theology, was the highest part of philosophy for all Platonists (and other philosophers), ‘pagan’ and Christian alike.2 Vis-à-vis a criticism of PoR as offering little to religious studies and as being too close to Philosophical Theology and a kind of crypto-theology,3 I would share the general drift of Bradley Onishi, who argues that PoR, and philosophy in general, offers much to religious studies-although he concentrates on Continental PoR, while the discourse could be broadened to all of PoR, from the disciplinary viewpoint.4

Reflecting on the values and norms of PoR must take into account that PoR can investigate into protology, metaphysics, cataphatic and apophatic theology and what I call “the dialectics of apophatic theology,” mystical theology, Christology and its philosophical interpretations (including philosophical interpretations of dogmas and Logos Christology), theories of creation, theories of time and eternity, ethics and its metaphysical foundations, the problem of evil and innocent suffering, free will, responsibility, ethical intellectualism, hamartiology, philosophical anthropology, the mind-body relation, philosophical asceticism, soteriology, death and the afterlife, inter-religious relations (e.g. Jewish-Christian and others), Trinitarian theology in Christianity, Binitarian theologies in Judaism and Christianity, monotheisms, henotheisms, polytheisms, and pantheisms (including forms of Christian pantheism), faith and knowledge, religion and science, universalism, the philosophical analysis of religious doctrines, and religions and their philosophical interpretations.

In this connection, among the most important values for PoR are Truth, Justice, Good, the akolouthia or consequentiality of all virtues; and, methodologically, logical rigour, fruitfulness for further inquiry, and a “zetetic” or heuristic attitude in research concerning the Divinity, with the awareness of the limits of this investigation-which historically gave rise to what I call “the dialectics of apophaticism”.5 These values are all related to “assimilation to God” as the main telos: God is Truth, Justice, the supreme Good, the paradigm of all virtues, and has given reason, the logos, to all rational creatures in order to choose virtues and reject evil consciously and voluntarily (this, within a broad framework of ethical intellectualism).

Origen of Alexandria, one of the best ancient philosophers of religion and a model of “zetetic” inquiry, exemplifies the thirst for Truth and Justice.6 These are among the main epinoiai or conceptualizations of Christ, God’s Son, along with Logos and Wisdom. According to Origen, the norm of PoR is God’s Logos, who is all virtues, Justice, Mercy, Wisdom, Righteousness, etc. (essentially, Plato’s Value Forms). Christ-Logos collects all values and norms. Hence the ideal of assimilation to Christ, who is God. For Origen, PoR and Philosophical Theology, i.e. the rational investigation of things divine, helps people to attain the highest goal of human life (which was also Plato’s definition of the telos of human life): assimilation to God. Assimilation, or likeness, to God, ὁμοίωσις Θεῷ, was both a Biblical (Gen 1:26) and a Platonic ideal (Theaet. 176AC), received by Aristotle, Antiochus of Ascalon, Philo, and “Middle Platonists” such as Eudorus, Albinus, Alcinous, and the anonymous Commentary on the Theaetetus (7.18).7

For Origen this convergence was-along with many others-a further proof that Plato was inspired either by Scripture or by the same Logos who inspired, and is “incarnate” in, Scripture. Indeed, in Princ. 3.6.1 Origen states that the ideal of assimilation to God expressed by Plato in Theaet. 176B is the same as that mentioned in Gen 1:26. Tübingen Theosophy 1.40, too, recognised that not only “pagans” (i.e. Plato and his followers) but also Moses embraced this ideal. The basis for “assimilation to God,” in Origen’s view, is the “affinity” between human nous and God-nous (Princ. 1.1.7. This is one of Origen’s uses of the theory of Oikeiosis, later taken over by Gregory of Nyssa as well.8 Clement of Alexandria, well known to Origen, praised Plato’s ideal of ὁμοίωσις θεῷ as eudaemonistic: “Plato, the philosopher who posited happiness as the highest goal, claims this is assimilation to God as much as possible” (Strom. 2.100.1-101.1).

For Origen, assimilation to God is also assimilation to Christ, who is God (Comm.Io. 1.23), one of the three Hypostaseis who are the Principles (ἀρχαί) of all.9 In Princ. 3.6.1, Origen delineates the passage from “image of God,” an initial datum for humans, to “likeness/assimilation to God” (which in Plato implied becoming “just, holy, and wise”), and from likeness to unity in the end: εἰκών from the beginning > ὁμοίωσις through moral improvement in this or the future life > ἕν / ἕνωσις, unity/unification (another Platonic ideal) in the eventual apokatastasis and “deification” (θέωσις), when God will eschatologically be “all in all” (based on 1Cor 15:28). “God’s image” is an initial datum, but the “likeness/assimilation to God” has still to come (Hom.Ez. 13.2). It is the ideal of PoR and of every human and rational life for these ancient philosophers of religion. I think it maintains its validity for us today.