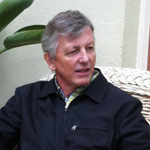 John Schellenberg is Professor of Philosophy at Mount Saint Vincent University in Canada. We invited him to answer the question “What norms or values define excellent philosophy of religion? as part of our “Philosophers of Religion on Philosophy of Religion” series.

Given religion’s questionable maturity, one norm or value I would propose for philosophy of religion is that work in the field, to attain excellence, must be fitted to this fact.

What do I mean by ‘questionable maturity’? Not that beneficial and profound strands of religiousness have yet to appear, or that we should look solely to the future for illuminating religious insights, ignoring the past. What I have in mind is that numerous facets of human culture are opposed to the behaviours that, sufficiently long pursued, might reasonably make us confident that we have gone as far as we can toward the following goal: bringing to light and thoroughly entering into the deepest and most profound transcendently-focused ideas and practices our species is capable of generating. Call this the goal of fully tapping human transcendent aspirations. We could hardly live up to our evolutionary designation without making this a goal for religion as a dimension of human culture. But for the reason given, it is not a goal that we would properly think of ourselves as having come close to achieving.

Let me fill out the reason. Human culture currently includes ideologies of the most resilient and unbending kind, fervent beliefs that make related inquiries seem unnecessary, cultural prejudices and in-group biases galore. Such factors have long been operating so as to favour particular contentious religious views. We are commonly influenced by them prior to the deep and wide, openminded and openhearted religious investigation that could properly acquaint us with many orientations other than those with which we are familiar, as well as in utter innocence of the thought that there may be more religious ideas in intellectual space than we have conceived during the past few thousand years – an eyeblink in evolutionary time. With women long consigned to being seen but not heard, we are still partially in innocence even of what half of our own race might contribute to religious discussion. And then there is religious violence, which bleeds freely into the present from the past. It is surely reasonable to wonder: Would the elimination of such factors allow transcendent aspirations to speak to us in new and more profound tones?

It is striking that very few religious inquirers have even tried to bridge religious intellectual divides, or to get a clear view of all the religious ideas we have conceived. One token of this is how recently religious studies departments have begun appearing in our universities. Another is that even the currently best-known critics of religious belief – the New Atheists – exhibit such faults as are listed in the previous paragraph. Witness how often they proceed as though the only religions in the world are the religions of the West, and how immune they appear to be from instruction as to the possibility of human religious immaturity by their own evolutionary worldview.

Philosophy of any kind, and certainly philosophy of religion, finding itself in such circumstances, should feel compelled to push very hard in the opposite direction instead of remaining in the shadow of ignorance. Since the aims of philosophy of religion prominently include fundamental understanding (which includes fundamental evaluation) of things religious, this field of inquiry naturally must endorse the goal of fully tapping human transcendent aspirations. Indeed, on the intellectual side, it must share it. How else can we avoid the danger of premature assessment? Thus a proper sensitivity to the facets of human culture described above is paramount; in relation to them, philosophy of religion must seek to be, as they say, part of the solution instead of part of the problem. Given its nature, we could hardly call work in the field excellent if it did not fit its circumstances in this way.

Sadly, much contemporary philosophy of religion is still part of the problem, providing additional examples of influence by deleterious cultural factors to set alongside the sins of the New Atheists. Like them, most philosophers of religion have been preoccupied with personal conceptions of the divine popular in the West. And lately, with ‘Christian philosophy of religion’ in the ascendancy, we have become rather complacent about allowing parochial points of reference to define the terrain in which a philosopher of religion operates. Such behaviour evinces a presupposition of religious maturity rather than sensitivity to the distinct possibility that maturity is still a long way off. If I am right, we should not call philosophical work entangled with this presupposition excellent.

How can we do better? What, more specifically, will this mean? It will certainly mean choosing the pro-maturity option whenever both a maturity-conducive way of proceeding and an alternative making concessions to the status quo present themselves.

So suppose you can either ignore new religious options and new attempts to cross boundaries of race and gender and style when they are introduced, or seek to give them careful attention, willing to adjust previous allegiances according to what you discover. Given the maturity-oriented criterion, to attain excellence you must pretty clearly do the latter. Or suppose you can either import your pre-existing religious or anti-religious belief into philosophical inquiry and defend it at all costs, or turn your belief into a position to be brought into friendly conversation with the positions of disagreeing others in as many ways as you can, willing to exchange it for a new position as, through such conversation, the body of available information is enlarged. To attain excellence, you must again choose the latter course.

You must choose it because we are all influenced by the factors contributing to religion’s questionable maturity. In these circumstances, we should agree to make disagreements work for us and for maturity: their purpose, we might learn to think, is to expand our imaginations and to enlarge and improve, for everyone, the body of available information about religious matters. Likewise, it is imperative to assume that much in the religious realm may not yet have been encountered by human beings and that many ways of coming to grips with religious matters may well have gone undetected. Only in these ways can we minimize the likelihood of remaining ignorant of vital facts with a bearing on our work should they currently be hidden from us – as, given our track record, may well be the case – and so do justice to our status as philosophers.