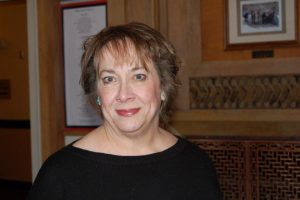 Susann L. Goodin is Associate Professor of Philosophy at The University of Wyoming. We invited her to answer the question “What does philosophy of religion offer to the modern university?” as part of our “Philosophers of Religion on Philosophy of Religion” series.

When beliefs are accepted unthinkingly, then others have a greater opportunity to exert control over what you think – and what you do. If one comes to have a nuanced understanding of their religious beliefs, they stand a much better chance of seeing whether their religion does or does not mandate a stand on a particular social issue. A true understanding of the foundation behind religious claims will limit the use by others of one’s religion to support any of a number of particular political and social views. Ideally, having a deeper understanding of what various religious claims mean (and don’t mean) will limit the ability to inject social and personal prejudices and biases into the religious teachings, thus limiting the use of the religion to cement those views into social norms and policies.

When you learn to unpack your beliefs for yourself, the power of others to control what you think and do is greatly, even if not totally, diminished.

To think critically is to seek out assumptions and acquire clarity over the unstated background beliefs, those foundations that are necessary for your belief to stand but are largely unrealized and thus unquestioned. Critical analysis places under review the assumptions behind our beliefs and allows for possible revision or elimination. Critical analysis also reveals the consequences of our beliefs and causes us reevaluate whether we wish to continue holding a belief at that cost. Critical analysis reveals internal contradictions among the beliefs held. Fuzzy beliefs get refined (if possible), and if not possible, then are either discarded or are held but with an awareness of the limitations inherent in such beliefs.

To learn how to engage in critical analysis of religion is to see that religious beliefs can be explored with the goal of understanding and evaluating absent a goal of winning, persuading, renouncing or denouncing. The goal is to see what is entailed in continuing to hold onto an oft-repeated belief. One might say that a philosophy of religion class makes one earn the right to hold a specific religious belief.

Philosophy of religion teaches, via repeated demonstrations regarding the analysis of divine attributes or centuries old proofs for the existence of the traditional Western classical conception of God or the implications of the claim that a miracle occurred, how to engage in rigorous critical thinking. Teaching students how to think about big important issues in one sphere will allow them to begin to think about important issues in other spheres.

Philosophy of religion courses show that it is okay to question religious beliefs and show how to do it well.

By having such courses in the curriculum, U.S. universities show support for a critical and questioning approach to religious beliefs. And by showing that one can do this with beliefs as important and fundamental as religious beliefs opens up the possibility of treating all of one’s beliefs in the same way.

For U.S. to offer such courses is to reject an endorsement for an unthinking populace that simply accepts what it is told. When religious beliefs are put in the hands of the individual and the individual is educated in how to think critically about those beliefs, the possibility of a fundamentalist hold is dramatically weakened and the possibility of religion being used to control the populace or any portion of the populace is significantly lessened.