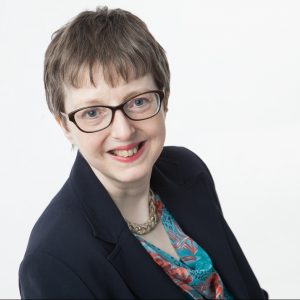 Religion is an important cultural phenomenon. A recent study (‘The Global Religious Landscape’, The Pew Research Center, 2012, http://www.pewforum.org/2012/12/18/global-religious-landscape-exec/ ) claimed that, of the world’s 7 billion people, about 5.8 billion of them are religious believers of some kind. This figure includes 2.2 billion Christians, 1.6 billion Muslims, a billion Hindus, and about 500 million Buddhists. Religious beliefs are not just abstract ideas; they have a major impact, both positive and negative, on individuals and societies throughout the world. They can address fundamental human concerns, offering meaning and purpose and helping believers to cope with suffering and the inevitability of death. They are also a source of values which influence the behaviour of individuals and shape societies, and they can form the focus of caring communities of like-minded believers. Regrettably, they can also be a source of conflict which can lead, in some cases, to terrorist activity and/or warfare. It is therefore important that as many people as possible are able to contribute thoughtfully to discussion about the meaning, truth, and practical application of religious beliefs. As the author of Ecclesiasticus said, many centuries ago: “Discussion is the beginning of every work, and counsel precedes every undertaking. The mind is the root of all conduct” (Sirach 37: 16-17). It is this discussion which the study of philosophy of religion seeks to facilitate.

Philosophers of religion aim to help both individuals and societies consider what it makes sense to say about religious beliefs, and whether or not there might be any evidence for their truth – or, indeed, falsity. If we talk nonsense about our beliefs, whatever they might be, or if we are unable to respond to common objections, or ignore evidence which suggests that they might be false, our beliefs are vulnerable and therefore less likely to provide the benefits set out in the paragraph above. More seriously, if our beliefs shape our behaviour and our societies, and those beliefs turn out to be mistaken, the consequences may be very harmful for both individuals and societies.

Philosophers of religion therefore study different ways of understanding divinity and its attributes, and various arguments both for and against its existence. Questions about the  apparent conflict between belief in a divinity which is both all-powerful and good and the existence of evil and suffering are, perhaps, some of the most commonly discussed in philosophy of religion, both because the prevalence of suffering constitutes one of the most significant drivers for finding “believable” religious beliefs, but also because this apparent conflict is one of the most frequently-cited reasons for the rejection of religious belief and the development of alternative, humanist world-views.

Although philosophy of religion cannot provide a set of conclusive answers to life’s fundamental questions, it can help us to choose between possible answers, and, perhaps, to rule out those which are the most likely to be mistaken, including the superstitious or the fanatical. Lack of ability to provide “right” answers may even be a blessing in disguise, since preserving the possibility that we could be mistaken might help us to prevent the horrors and terrors which are sometimes associated with fundamentalist forms of religious belief. If philosophy of religion is able to contribute to a developing international awareness of the shaky ground upon which religious fanatics stand it can make an important contribution to the advancement of global security. We need enough certainty to create meaningful lives, but enough doubt to preserve the possibility that there might be better answers to life’s fundamental questions, the search for which is unceasing.

It is not only lack of certainty which can be seen as an important aid in the prevention of religious fanaticism and terrorism, however; philosophy of religion can also enhance dialogue between the world’s religions by focusing both on features that are common to more than one religion (such as divine attributes) and on features which are distinctive (such as beliefs about what happens to us when we die). In the first case, realisation that other religions and world-views contain beliefs which are similar to our own can diminish the sense of “otherness” and “alienation” which we might experience with respect to those religions and world-views. In the second, the opportunity to consider the reasons which underpin religious beliefs which differ from our own can help to foster relationships with those of different faiths and none, when it might otherwise have been tempting to dismiss their beliefs as groundless.

Philosophy of religion is also interdisciplinary. It requires or teaches a basic understanding of a range of key sub-disciplines of philosophy – epistemology, methodology, logic, metaphysics, ethics, and philosophy of mind, for example. It requires or teaches an adequate understanding of key beliefs from the world’s major religions, since we cannot ask philosophical questions concerning beliefs about which we lack knowledge and understanding, and a knowledge of key features of religious belief is important for those who wish to understand other humanities subjects such as literature in its various forms, the visual arts, music, and so on. And, since philosophers of religion are concerned with what might reasonably be said about the divine, the insights of philosophy of religion also have the potential to contribute to the study and development of religious liturgy – the words which are offered to religious believers for use in their individual and communal religious practice.

Although it is possible to believe something without that belief informing our action, action is not possible unless it is informed by belief. And, while it is possible for good actions to arise from bad beliefs – for example, we might help a person in distress because we think that we will suffer eternal torment in hell if we fail to do so, even if there is no evidence for such a belief and, for others at least, it has very unpleasant consequences – it is more likely that good actions will arise from good beliefs. Through ongoing debate in universities, in the internationally-disseminated publications which arise from and inform that debate, and from the impact of those who are thereby well-informed upon society more generally, philosophy of religion helps to increase our stock of possible good beliefs while diminishing the plausibility of bad ones in the hope that, together, humankind will continue to work towards the creation of a better world for all of its inhabitants.