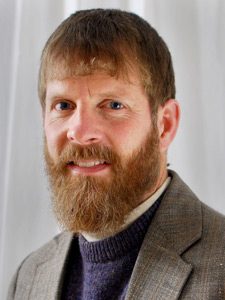 Michael S. Jones is Professor of Philosophy at Liberty University. We invited him to answer the question “What does philosophy of religion offer to the modern university?” as part of our “Philosophers of Religion on Philosophy of Religion” series.

What does philosophy of religion offer to the modern university? If we understand the term “philosophy of religion” as broadly referring to the philosophical analysis of ideas (including evaluation of the coherence, plausibility, and truthfulness of such ideas as well as an investigation of their meaning) found in religious belief systems, then I think it is of great value to the modern university. Let me explain why.

The sine qua non of the modern university is objective, rational study. Whether this be the study of physics, chemistry, or another of the other natural sciences, of language, literature, or the arts, or of metaphysics, political theory, or any other philosophical subject, the modern university is committed to analyzing it, understanding it, and explaining it in a way that is as objective, systematic, and rational as possible. This is not to deny those inherently subjective elements of human cognition, which are important and significantly color our investigations. These, too, are a subject of study.
The range of topics studied and taught at a modern university often includes religion, though not all universities broach this important topic. Of the many that do, there are two main approaches. Universities that are affiliated with a specific religion often have programs of study focused on that religion. These programs may be oriented around training ministers in the doctrines and practices of that religion. Such training does not necessarily include critical analysis of the teachings of that or any other religion, although such critical reflection can be helpful, both to the student personally and as preparation for vocational ministry.

Universities that are not affiliated with any particular religion often have a department of religious studies. Such departments approach religion in an objective and academic fashion, describing beliefs and practices, studying the history of religions, and presenting statistics about numbers of adherents, centers of worship, and other quantifiable data. These departments are usually very broad, containing professors from many different religions and offering a very diverse array of courses. They are officially non-sectarian, though many of their professors will have a degree of allegiance to one religious tradition or another.

Because of the religious diversity of these departments, there is the potential for conflict on a number of fronts. Even scholars who are extremely amicable and harbor inclusivist or pluralist notions of religious truth can get embroiled in protracted – even heated – discussions of whose tradition is most correct, whose religion is more beneficent, whose interpretation of history is more accurate, whose arguments are more cogent, and so on. Hence such departments typically eschew such topics, cultivating a congenial and collegial atmosphere where each tradition is given space to present its own history and teachings without being subject to criticism.

While this path away from criticism has many advantages, it also has the not insignificant disadvantage of diminishing to a noteworthy degree the amount of rigorous analysis that is applied to the claims of the various religious traditions. This is where philosophy of religion steps in.

Philosophers specialize in the rigorous, logical analysis of ideas. Hence philosophers are in a good position to rigorously and logically analyze religious beliefs. Philosophy departments are not usually constructed along the lines of religious belief systems and hence are less in need of attenuating the potential for religious conflict than are religious studies departments. Nor are philosophy departments oriented around training ministers in a particular tradition, so they are less likely than theology departments or pastoral studies programs to be oriented around the promulgation or defense of some such tradition.

Hence the study of philosophy of religion offers this to the modern university: non-partisan, critical analysis of the ideas found in the world’s systems of religious belief. Inasmuch as such an investigation is necessary for the university to be comprehensive in its offerings, the study of philosophy of religion also offers to the modern university the possibility of drawing closer to a truly comprehensive program of studies.