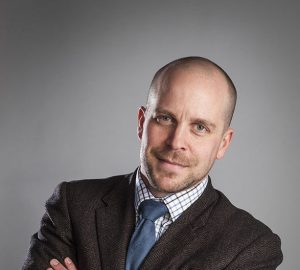 J. R. Hustwit is Associate Professor of Philosophy and Religion at Methodist University in Fayetteville, NC. We invited him to answer the question “What does philosophy of religion offer to the modern university?” as part of our “Philosophers of Religion on Philosophy of Religion” series.

Among other things, philosophy of religion offers a space for the truth claims of non-Christian religions to be taken seriously. This space may be plentiful at larger institutions in other parts of the world, but at my institution, which is small, religiously affiliated, and located in the theologically conservative American South, philosophy of religion is the refuge of trans-religious inquiry into non-Christian truth claims.

As an academic subject, religion has traditionally been approached through one of two models: religious studies or theology. What follows is an oversimplification of this debate in many contexts, but is appropriately simple at my institution and others like it. Here then, are the sides: religious studies is the approach heavily influenced by the social sciences, treating religions as social phenomena to be explained. The truth value of the religion’s claims and the salvific efficacy of the religion’s practices are off-limits, methodologically speaking, as those judgments rely on data that are unavailable. Theology on the other hand, is the “insider” approach, which asks questions of truths and salvations, and it is able to do so due to a foundational commitment to certain claims about scripture or religious reality. In short, religious studies has been a secular field, and theology has been a confessional—predominately Christian—field.

Two bits of epistemology will trouble this neat dichotomy. First, theology is not unique in that it presupposes certain commitments that shape its conclusions. Religious studies scholars, because they are human, also pre-commit to certain judgments—about the meaning of truth, the definition of religion, the scope of what may be considered evidence. Likewise, theologians have unexamined commitments that go beyond what their traditions demand. Second, the nature of evidence, which is used as a methodological wedge between religious studies and theology, is in dispute. For example, private mystical experience is not publicly observable, nor is it repeatable, but its limited disclosure does not entail that it cannot indicate truth. Likewise for scripture or the testimony of saints and sadhus. Such “soft evidence” may not indicate truth in the same way as observable and repeatable phenomena, but they still should play a role in the assessment of truth claims.

Despite the fuzziness that I see at the boundary of religious studies and theology, many universities are staffed with faculty who are allergic to fuzziness, which means that religious studies departments tend to not consider truth claims vis-à-vis actual truth, and theology departments tend to not venture far from their (largely Christian) commitments. As universities race to include “global” and “multicultural” elements to their curricula (a good thing!), they struggle with how and where to include this new material. Should our students learn about advaita vedanta from an anthropologist, critical theorist, or theologian? The obvious is answer is “Yes. All of the above!” The problem facing many smaller institutions, including my own, is that there simply isn’t enough talent on hand to staff courses that cover multiple methodologies. How then can a student engage non-Christian religious truth claims as a demand for credence, rather than as a museum piece to be explained? Philosophers are able to bridge the gap between religious studies and theology because like religious studies, they are generally not beholden to any religious orthodoxy, and like theology, they pursue truth in addition to explanation and understanding. When religious studies methodologically de-claims religions, and there aren’t any comparative theologians for 100 miles in any direction, PoR to the rescue!

PoR offers students an opportunity to take on the “big questions” that arise outside of Judeo-Christian traditions. Is our shared experience illusory? How is ego distinct from self? Does human striving interfere with the harmony of nature? Whereas these questions are observed in most world religions courses, philosophy of religions gives students explicit tools to adjudicate those claims. Of course, given the limits of a single course, student conclusions will hardly stand up to theological expertise. But that’s why philosophy is a good fit here, because it focuses on the process of truth-seeking, rather than the possessing of truth. A single course can only begin and steer a process of truth seeking, which is all philosophy should ever hope to do.

PoR can act as a surrogate for comparative theology in institutions that lack the resources or will to support comparative theology. But that isn’t quite fair. PoR is actually more than a surrogate, it is a different animal altogether. Unlike confessional theology, PoR is not obligated to cohere with any historical tradition (though one may argue that such coherence is truth indicative). Nor does PoR begin with any particular assumptions about the nature of reality (though every philosopher is always already constituted by some set of presuppositions ). In these respects, PoR may achieve a wider breadth of competing hypotheses than comparative theology, and in certain modes, is virtually indistinguishable from Jerry Martin’s notion of “transreligious theology” (See Open Theology, Vol. 2, No. 1 (April 2016)). The wider breadth of starting points and freedom to stray from orthodoxy could provide richer and more fruitful inquiry into the big questions. To philosophers of religion, this seems an obvious good, but to university administrators, it may be necessary to point out further benefit.

It seems to me that students who actually question the truth claims of the world’s religions (as opposed to merely contextualizing them), and grant them, at least initially, the status of being live options, have a leg up on their peers. They have practiced trying on perspectives other than their own, and more importantly, tried to reach carefully considered conclusions across the boundaries of different worldviews. These skills are increasingly demanded in nearly every occupation, and more importantly, are a necessary condition for reducing religious violence. These skills are not easy to assess, but they remain crucial all the same. For those reasons, I see the transreligious mode of PoR as an immense benefit to the university.

1 thought on “J. R. Hustwit on “What does philosophy of religion offer to the modern university?””