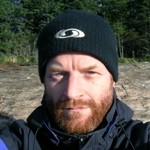 Tim Labron is Professor of Philosophy and Religious Studies at Concordia University of Edmonton. We invited him to answer the question “What does philosophy of religion offer to the modern university?” as part of our “Philosophers of Religion on Philosophy of Religion” series.

“What can Philosophy of Religion Offer to the Modern University?” This is an odd question. Not because Philosophy of Religion offers a great deal or nothing to the University; rather, it makes the whole affair seem like a business. Perhaps Universities are unfortunately becoming more businesslike and various disciplines are consequently trying to claim their productive status to remain employed.  To follow this line of thought, in my opinion, can lead to further confusions and problems. On the other hand, perhaps some will argue for the general value of Philosophy of Religion. I think that there certainly is a value, but an argument for value is likely to either fall upon deaf ears or to be an exercise in naval gazing.

I will provide a snippet in a specific context as an example showing Philosophy of Religion at ‘work’.

From another angle, the sciences are not simply materialistic. Indeed, decades ago matter was discovered to not just be some physical lumps that plod along in a deterministic fashion.  Instead, it is also energy within which particles come in and out of existence. Moreover, the role of humans has become central for many physicists (e.g., Niels Bohr, Anton Zeilinger) in terms of measurement in quantum mechanics. That is, it is arguable that a human’s free will to make a measurement with X instrument at Y time determines a particle’s existence. Another perplexing question is the nature of time. Some physicists argue that it is an emergent property (e.g., Don Page) which then naturally leads to questions regarding infinity and eternity. Lastly, and equally condensed, there is a shift from a simple materialistic reductionism to a foundation based on information (and may I add that in the beginning was the Word). The old clockwork machine is dead. Of course, this does not mean that the scientific atheists are abandoning ship; rather, it means that now science is discussing points of view and paradoxes that bump against Philosophy of Religion. In short, John Wheeler, one of the most well-known physicists, remarked: “You can talk about people like Buddha, Jesus, Moses, Confucius, but the thing that convinced me that such people existed were the conversations with Bohr.”

Despite quantitative business models and qualitative denunciations, one only needs to look at the Academy and will see that Philosophy of Religion has a clear and active participation in many Universities. Indeed, hypothetically speaking, if all philosophers of religion were removed from every University then Philosophy of Religion would spontaneously arise again in those very Universities—even if not as an institutional department.