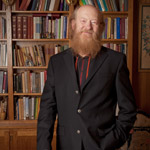 Robert C. Neville is Professor of Philosophy, Religion, and Theology at Boston University. We invited him to answer the question “What does philosophy of religion offer to the modern university?” as part of our “Philosophers of Religion on Philosophy of Religion” series.

The most controversial point in my view of the matter is the bald assertion that there are ultimate realities that need to be studied. In Western universities, this would not have been controversial before the 20th century, but now it needs to be explicitly affirmed. There are at least five ultimate realities around which religions have developed problematics and that need philosophical discussion and understanding. The first is whatever answers the question of why or how there is something rather than nothing. The world in all long-standing religious traditions as well as most scientific traditions is felt as radically contingent. Philosophy of religion is needed to understand that contingency and understand also how various religious traditions have given such diverse interpretations of it.

The second ultimate comes from the boundary condition for human life that sets it up that people have to choose among future possibilities that have different value. What value is in future alternatives, how to tell what is valuable, how to make choices well, what to do with wrong choices, how choices are both individual and conjoint—these are all aspects of the general problematic of what might be called righteousness and every religious tradition addresses this problematic. Philosophy of religion is needed to understand this and how religions have dealt with it.

The third ultimate is that human beings have to integrate complex lives, aiming at wholeness. Suffering, finding a location, relating to one’s body, family, social circumstances and a host of other things add up to an ultimate condition of questing for wholeness. Religions have many ways of defining this problematic of wholeness. Philosophy of religion is needed to understand how those ways relate to wholeness or the ideal self.

The fourth ultimate is that an ultimate condition for human life is relating to others—other people, social institutions, and nature—as they are in themselves and not only insofar as they enter into the lifecourse of one’s group or one’s self. Axial Age religions share some version of the Golden Rule, but that is not the only way of relating to Otherness. Philosophy of religion is needed to understand this.

The fifth ultimate is the boundary condition of life having a meaning, or not. Sometimes this is understood in terms of the value one’s life achieves, or one’s group. Although this way of putting it reflects 20th century existentialism and its discovery that life is not meaningful in ways determined by external authority, every religion has some way of dealing with this problematic.

Notice that I’ve argued that religions have developed their problematic in relation to realities that are ultimate boundary conditions for life irrespective of what religions do about them. The world is contingent as such, choices between alternative of different value have to be made, life is a puzzle to integrate, others have a nature and value over and above the roles they play for us, the facticity of life either has or has not a meaning. Just as climate is real, and diverse over the globe, so these boundary conditions for human life are real for wherever there is human life. All the ways in which religions develop problematics regarding the ultimate realities are historically constructed. But the ultimate realities to which they respond are real and the diverse constructed religious responses can be understood and compared as ways of responding to them.  Philosophy of religion is needed to understand all this.

My view thus rejects the claim of many philosophers, especially postmodern ones, that there is no reference to religious claims and attitudes and that all religious realities are mere human constructions. That constructionist approach easily leads to claims that each religion is nothing more than a cultural tradition. Moreover it leads to doubting that religion is a universal category at all. But my view interprets religion as the human engagement of those ultimate realities in cognitive, existentially defining, and practical ways. Religion is basic, religions are various historically conditioned ways of being religious.

Isn’t it obvious that the modern university needs some discipline for inquiry into the ultimate realities and how human beings can cope with them? The university would be seriously amiss if it neglected this vitally important topic. This is especially true nowadays when globalization has made it abundantly clear that there are many different religious ways of addressing how to engage ultimate realities, and that these can be seriously competitive. Look at the issues of religiously motivated violence! This is not just a matter of conflicting cultures or competing interests: it is a matter of different ways of dealing with what is ultimately important and demanding of ultimate concern. Moreover, the rise of modern science is creating ways of understanding the world that undermines many of the traditional senses of authority that have organized religions. Although many religions can reassert those authorities in confessional ways, to understand how to evaluate that requires looking at the ways those religions alternatively address what is ultimately real.

Wisdom in the modern university for understanding and addressing ultimate realities can come from a single tradition, philosophically interpreted. It’s better to have as many traditions studied as possible. But philosophy of religion is not just the self-understanding or philosophical hermeneutics of any or all religious traditions. It is the examination of how the ultimate realities are best addressed in our day, and how the various religions are different ways of doing that, for better or worse.