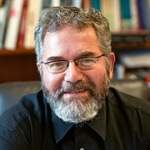 If I am not very much mistaken, two things obtain. Without the thick history of belief, human culture would be impoverished; and without radical critique of every belief, human culture is beholden to illusion. What we call the “philosophy of religion” is a discipline that engages both perspectives: the radical critique of religion and the theological critique of rationality. As such, our pursuit is vulnerable, debatable, “marginal” in the sense of being positioned on the border between affirmation and denial. Some of the most engaging modern thinkers were reaching for a “philosophy of religion.” Just think of classic texts by Spinoza, Hobbes, Locke, Kant, Hegel, Schopenhauer, Feuerbach, Marx, Nietzsche, Husserl, Freud, Barth, Rosenzweig, Buber, Gadamer, Whitehead, Bloch, and Butler.

Dare I say that philosophy of religion, though perhaps paradoxical, is the least boring type of philosophy? And why is this the case? Is it, perhaps, because it is about the “one thing that matters”? Or is it because, by considering the “truth” of religion, we are moved closer to what is essential about our humanity?