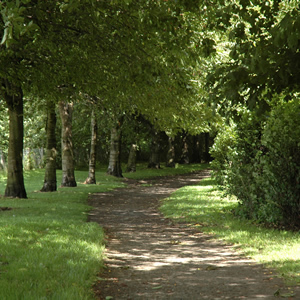 Shubha Pathak is Associate Professor of Philosophy and Religion at American University in Washington, D.C. We invited her to answer the question “What does philosophy of religion offer to the modern university?” as part of our “Philosophers of Religion on Philosophy of Religion” series.

Philosophy of religion offers to the modern university both elegant postulations of the principles by which life’s central questions can be identified and answered and capacious catalogues of culturally variegated responses to these questions. Thus, in figurative terms involving the imaging of human bodies, philosophy of religion acts both as an X-ray machine detecting the system of bones that structures human corpora and as a camera capturing the many forms that the flesh supported by the human osseous system takes. Within one kind of philosophical and religious inquiry, the cross-cultural study of myth, mythological philosophy (which, on the foundations of orienting tales that are larger than life, vividly posits frameworks for examining human issues) often co-operates with philosophical mythology (which explores extreme treatments of human issues in sweeping stories). While mythological philosophy sets forth the general rules governing an area of human concern, philosophical mythology limns credulity-straining cases that the ancient Greek polymath Aristotle (384–322 BCE), judging from his fragmentary Poetics, would have categorized as “the probable impossible” and that thus constitute memorable exceptions to those mythological philosophical rules—theories proven by nonpractices constituting articles of faith.

A fertile topic for such theoretical speculation and nonpractical demonstration is the finding and keeping of love. Mythological philosophers and philosophical mythologers considering human love have explored realms of counterfactual possibility—not only because all mortal lovers inevitably are separated (by death if not first by discord), but also because the status quibus (at least historically) have consisted in practically transacted partnerships. In crafting both the happy accidents of characters falling for each other and the reassuring permanence of their couplings, then, the love authors envision romantic alternatives.

For instance, in ancient Rome, in the face of the prevailing practice of arranged marriage, the poet Ovid (43 BCE–17 CE) issued a rallying cry to would-be lovers in his didactic Art of Love. Speaking predominantly to a monied male audience, Ovid encouraged its members to recast themselves as heroes sped by their ardor in the manner of epic warriors in barks over the sea and in chariots over the land. As venturers on the battlefield of love long before the birth and bardery of Patricia Benatar, these aspirants did not have far to travel physically, as their impresario of affection assured them that their love goddess Venus was very much at home in Rome. Advising his male charges to look for lovely and intelligent women in such venues for cultural congregation as the overflowing amphitheaters, Ovid adjured these men to tend their new loves carefully and to strive for mutual sexual satisfaction while eschewing any form of sexual compulsion or obligation.

Ovid treats an even stronger bond between two lovers that is forged with much less effort in his epic Metamorphoses. Here, in the Greek region of Thrace, the poet Orpheus and the water nymph Eurydice easily fall in love. As they marry, however, inauspicious omens forebode Eurydice’s sudden death by snakebite and her spirit’s descent into the underworld. In response, Orpheus musically makes his case for his wife’s revivification before the dead’s king and queen, Pluto and Proserpine. The divine couple and their realm’s denizens are moved to tears by Orpheus’s woeful songs. So he is allowed to lead his hobbled dead wife to the land of the living, as long as he does not look back at her on the way. But, out of concern for her welfare and out of desire to see her, he turns his head toward her. Consequently, she is drawn back to the dead and he lives out his remaining days without remarrying, contenting himself instead with the affections of male youths and enthralling the natural world with his love odes. Once he dies, however, at the hands of his scorned countrywomen more than a couple of years later, his spirit and Eurydice’s are rejoined forever.

Correspondingly re-united in a piece of philosophical mythology authored by the poet Kalidasa (c. 390–470 CE) in the mid-fifth century are the North Indian rulers Aja and Indumati.  In Kalidasa’s epic Raghuvamsha, Indumati lovingly chooses Aja as her bridegroom from a broad field of accomplished suitors. Repelling the spurned men’s ensuing attack, Aja installs Indumati as his queen in Ayodhya, where they live happily until a celestial garland touches her chest and lays her to rest. Bereft of his life’s love, Aja mourns her even after learning that she has been released from a previous life’s curse that had condemned her as a heavenly courtesan to be reborn on earth. Nevertheless, Aja musters the strength to rear Indumati’s and his son for eight years, to manhood, before relinquishing his own life in meditation and enjoying heaven with her.

Aja and Indumati’s love match counters the norm espoused in Vatsyayana’s third-century Kamasutra, which teaches that marriages generally should be arranged. Indeed, rapturous Aja acts much more like this love manual’s cosmopolite (a recurring cultured urbanite who traverses love’s battlefield in search of his ideal mate) than like a king (who typically keeps concubines and seeks additional conquests). Whereas a ruler usually has his underlings locate new lovers for him, a city-dweller himself fosters intimacy with his ongoing love interest by plying her with flowers, perfume, liquor, conversation, and musical entertainment.

Thus, the philosophical myths of Orpheus and Eurydice and of Aja and Indumati serve as subject as well as object lessons in love, for—thanks to the feminist film critic and maker Laura Mulvey—the men’s agency in attaining their absent wives in face of societal obstacles is apparent. Writing against the tides of their societies’ prevailing thoughts on and practices of marriage, Ovid and Kalidasa created dynamic renderings of enduring romance that innovatively induce in their readers awareness of the alternatives deduced as mythic philosophies and that, launching themselves from those frameworks, countervail their respective traditions. Philosophy of religion thus makes for the modern university much sumptuous food for thought at an intellectually inclusive banquet where bards sing for the pedagogical pleasure of many more people than merely kings.