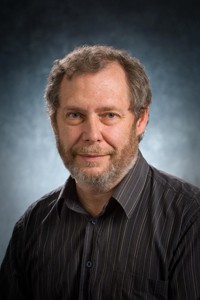 Robert Larmer is Professor of Philosophy at the University of New Brunswick. We invited him to answer the question “What does philosophy of religion offer to the modern university?” as part of our “Philosophers of Religion on Philosophy of Religion” series.

It is fair to say that religious belief is widely studied in modern universities. Departments of psychology, sociology, anthropology, political science, literature, not to mention religious studies, all take an interest. So what then does the discipline of philosophy, specifically analytic philosophy of religion have to offer?

All these other disciplines find it possible, or at least think they find it possible, to study religion without ever raising questions of the truth of religious claims. Indeed, in an academic environment dominated by naturalist assumptions, it is routinely taken for granted that the various effects of religious beliefs can be examined without ever raising the question of whether the truth of such beliefs need be debated. By analogy, it seems like never asking the question of whether Martin Luther King Jr. was a good man, but simply examining the effects of people believing he was a good man.

At its best, analytic philosophy of religion reminds us to take seriously the issue of truth. Are there good reasons to take seriously the claims of religious believers? Are the arguments provided in their support good ones? Are the criticisms of religious belief well-argued? Have we been victims of chronological snobbery, simply assuming that because certain arguments have passed out of fashion they should not be taken seriously? Have we simply accepted certain well-known arguments of great fame without seriously examining whether such arguments deserve respect – one thinks for instance of John Earman’s (Hume’s Abject Failure) examination of Hume’s arguments concerning miracle.

Fortunately, despite the tendency of universities to look more and more towards a business model in which students are viewed as clients and customers, and curriculum is geared towards producing technical expertise, philosophy of religion continues to attract thinkers of great ability such as Robert Adams, Marilyn McCord Adams, Evan Fales, Alvin Plantinga, Quentin Smith, Eleonore Stump, and Richard Swinburne, to name only a few. Given the fundamental questions that philosophy of religion examines – questions that in the final analysis are hard to avoid by any reflective person – and given the caliber of work done in the field, philosophy of religion has much to offer to the modern university and its students.

1 thought on “Robert Larmer on “What does philosophy of religion offer to the modern university?””