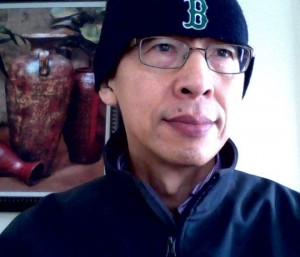 Shirong Luo is Associate Professor of Philosophy at Simmons College. We invited him to answer the question “What does philosophy of religion offer to the modern university?” as part of our “Philosophers of Religion on Philosophy of Religion” series.

To address the topic of what philosophy of religion offers to the modern university, it is apropos to briefly talk about the aim of the modern university education. There are two views with regard to such an aim: some say that the aim of higher learning is to train specialists such as doctors, lawyers, accountants, teachers, nurses, etc., while others hold a more holistic view: the mission of institutions of higher learning is to produce generalists with a broad spectrum of knowledge and skills. Since the title question specifically mentions the modern university, we may justifiably exclude from our discussion vocational schools and colleges that aim to prepare students for highly specialized careers. Therefore, the modern university provides students with knowledge and skills that are broadly applicable. But this does not mean our students don’t have a focus on a specific discipline. They do. That’s what college majors are about. Among a constellation of subject matters and skills, knowledge of and skills in critical thinking stand out as a necessary tool in our students’ intellectual toolkit. Nowadays many, if not all, disciplines claim that they teach students critical thinking skills, but philosophy instructors seem to be in a slightly better position to teach critical thinking in a narrow and technical sense than the rest because after all they are the ones who have gone through a rigorous training in logic. Specifically, philosophy of religion offers the modern university applied critical thinking vis-à-vis religion. I now want to elaborate on this answer.

In my previous blog entry, I defined descriptively philosophy of religion as a subject about the debate on the existence of God and other related issues between theological apologists and their atheistic or agnostic detractors. Philosophy of religion offers the modern university critical thinking about religion because it does analyses and evaluations of the arguments both for and against the existence of God. But the question is: Which side offers better arguments? The answer depends to a large extent on who presents the debate. There is hardly anyone who is absolutely neutral like that proverbial Buridan’s donkey. As an instructor, you may lean toward one side or the other. Just imagine what it would be like if David Hume or Thomas Aquinas taught philosophy of religion today. Even if you want to be even-handed and impartial, as an instructor you may add your own weight, willy-nilly, to the debate, which would undoubtedly influence the learning outcome. On the other hand, the students are not absolutely neutral either. More often than not, they come to the debate not with a tabula rasa. So the outcome is very much dependent on the complex psychological dynamics of the instructor and the student. Nevertheless, philosophy of religion teaches students to think critically about religion. But what does it mean to think critically about religion?

Critical thinking is not a monolithic idea. The ability to think critically may be classified into three levels. At the lowest level, one is able to analyze and evaluate arguments and construct good arguments. Critical thinking about religion at this level enables one to see whether the arguments presented by Anselm, Hume or Paley are good or not. But a better critical thinker is one who is not only able to analyze and evaluate arguments critically but also knows when such cognitive processes are appropriate rather than someone who sees arguments everywhere and itches for a logical analysis. Such a thinker avoids the pitfall that “if all you have is a hammer, everything looks like a nail.” I would like to illustrate the critical thinker of religion at the elevated level using two examples in the New Testament: Apostles Philip and Thomas. Philip the Apostle pleads with Jesus: “Lord, show us the Father, and it is enough for us.” Clearly he relies on one simple methodology: sight. He seems to think that the ontological status of God the Father is an empirical rather than a conceptual matter: if I can see Him, then I believe; seeing is believing. The request “Show us the Father” cuts through all the conceptual fog and verbal maze and directly to the core of the matter. Thomas the Apostle goes even further. He does not believe in Jesus’ resurrection until he can see the “nail marks in his hands” and “put his hand into his side.” For Thomas, hearsay is out of the question; seeing is not enough; he demands a more rigorous proof–touch. Neither of them seems to think that their request can be appropriately answered by an argument or a conceptual analysis. Though at a higher level, this kind of aptitude, when applied too rigidly, can easily become a conversation stopper. In contrast, the ultimate critical thinker understands that there are things that transcend the value of critical thinking in its technical sense, such as friendship, solidarity, inclusivity, community, humanity, survival, peaceful coexistence, etc. I would count David Hume, among others, as an ultimate critical thinker. He says: “Be a philosopher, but amidst all your philosophy be still a man.” He analyzes the arguments of his opponents and presents his own rebuttals. And his critics in turn do the same. So the debate continues. To conclude, my answer to the question of what philosophy of religion offers to the modern university is thinking critically about religion. I have argued that thinking critically about religion should be understood in a global, strategic and holistic sense rather than merely in its technical sense. Philosophy of religion teaches the modern university students to think about religion critically, and above all to be congenial and civilized cosmopolitans.