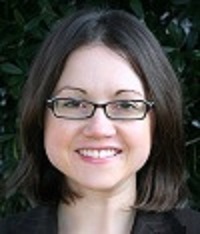 However, as soon as one probes further into these arguments, questions arise that are best answered by drawing on other sub-disciplines of philosophy. Attempted definitions of God take us into the field of philosophy of language; cosmological arguments lead us to work in philosophy of science; experiential arguments about design raise epistemological questions about religious forms of knowledge, and moral questions about how evidence of design is compatible with the existence of great evil in the world. Further afield, questions in aesthetics about human creativity and the experience of beauty may prompt distinctively religious questions about beauty as a divine attribute, or the parallel between non-naturalistic explanations of human creativity and the creative powers of a divine being. In all these ways, philosophy of religion is both a species of metaphysics and beyond metaphysics.

The fact that philosophy of religion defies easy classification in these ways is also a reason to find it difficult: it requires expertise and knowledge of a number of subjects. In an era where philosophers are expected to specialize, and to specialize early, this can be frustrating. However, it is also a sign that philosophy of religion is ‘systematic’ in interesting ways that contemporary philosophy is sometimes not: it inspires an attempt to move beyond sub-disciplinary restrictions and even inter-disciplinary restrictions, as philosophers of religion discover that much of the work they strive to do requires knowledge of a field that used to be so closely bound up with philosophy— theology —but is now often so distant from it.

Probing this parallel further, we might distinguish two ways of doing philosophy of law that map onto two different approaches to doing philosophy of religion. One approach is to begin with the nature of law itself: what it is, how does it overlap with morality, how is it justified? This is the analog to the philosopher of religion’s perennial search for an understanding of divine attributes, and the question of the justification of religious belief.

But there is a second approach to philosophy of law, one that I myself subscribe to, which we might term ‘philosophical reasoning about the law’. Here, one begins with an established body of law – contract law, criminal law, intellectual property law, for example – and uses it as a prompt for philosophical inquiry, drawing on all the many sub-disciplines of philosophy that one might find relevant to such a process. The analog to this in philosophy of religion is the attempt to take existing religious doctrines or categories – incarnation, atonement, sin – and apply the tools and methods of philosophical analysis to their study. It is this second approach to philosophy of religion that, in my opinion, provides opportunities for ‘systematic’ theorizing that instances of the first method sometimes do not. One obvious reason for this, of course, is that it leads the philosopher of religion into a direct engagement with theology. This is both a challenge – insofar as knowledge of another field is hard work– and an opportunity to bridge the great chasm that has arisen in recent years between philosophy and theology.

Towards the end of Part I of Hume’s Dialogues Concerning Natural Religion, Philo and Cleanthes discuss the following, wonderful quote from Francis Bacon: ‘A little philosophy makes a man an atheist; a great deal converts him to religion’. It is certainly my experience that the little philosophy of religion many undergraduate philosophers study is enough to make them rather counter-religious; a great deal of it, however, converts them not necessarily to religion, but to intellectual curiosity about religion. If philosophers of religion can meet the challenge of showing how their field is both a species of metaphysics and beyond metaphysics—embedded in many sub-disciplines of philosophy, though not reducible to any—perhaps students and academic philosophers will be inspired by this curiosity about religion and religious experience that they, as philosophers, have rich methodological resources to address.