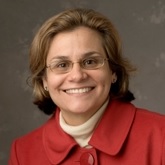 Second, reflection on the meaning of human existence must begin with the primacy of the practical: it is only as actors and interpreters of the world that the question of the significance of our lives can be disclosed. If there is an ultimate Ground of consciousness, an important question follows: how does the self’s relation to this Ground condition the self’s interpretation of itself and others? In what ways does it influence action? And in what ways is the influence of the Ground on our interpretive capacities possible?

Lastly, both our ultimate origins and our final destiny, which for the most part remain shrouded in mystery, can be posited as objects of practical faith only insofar as they illumine the present as inherently valuable and worth experiencing for its own sake. One of the fundamental tasks of the philosophy of religion is to show how hope regarding our whence and whither can coexist with a robust appreciation of human existence in this world. Too often the religious drive leads to what Hegel called the unhappy consciousness, always positing fulfillment in a beyond, in some not yet. There is a certain kind of dwelling on the whence and the whither, a certain kind of hope that loses the value of this world and all that must be achieved in it.

The question of what may I hope must be tied in the strongest possible way to valuing the present, so that in hoping for the future what is already present is not lost. There is yet another, profound kind of hope that deepens the experience of the present and guides action in the moment. I take it to be an important task of the philosophy of religion to articulate the possibilities of this kind of hope.