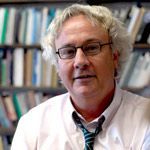 Many of the terms and themes of philosophy of religion today were introduced by this group of philosophers who were the first to consistently contribute to philosophy in English. From them we get terms like ‘theism,’ ‘consciousness,’ (possibly also ‘naturalism’ and ‘materialism’) and the beginning of a debate leading up to the present about how the existence of consciousness may provide a clue to the ultimate meaning and constitution of the cosmos, and we also find in the Cambridge Platonists a serious effort to advance the cause of religious tolerance and to take stock of the importance of atheism and the need to address its philosophical cogency. The recent debate in the Anglophone world between the “new atheists” and their interlocutors was anticipated four hundred years ago. The Cambridge Platonists (like their Florentine forbearers) had a keen interest in religious diversity and, while they were Christians, they also felt it important to take seriously non-Christian religious experiences and traditions. In keeping with Platonic tradition in the West, these philosophers also believed that insofar as ‘philosophy’ is truly ‘the love of wisdom’ philosophy of religion should be practiced in light of wise living. They believed that philosophy of religion has relevance on our practical, personal, and political life. This was why in the mid-17th century Ralph Cudworth lectured the House of Commons on the Euthyphro Dilemma. God loves the good because it is good; the good does not become good because God loves it.

The future of philosophy of religion may not see as central the debate identified by the Cambridge Platonists as the key historical one: theism versus naturalism. We have been seeing the emergence and re-discovery of alternative versions of theism and non-theistic, non-naturalist views of ultimate reality, and, too, we are seeing an increasing amount of work done on a religiously oriented naturalism. I see the Cambridge Platonists as setting up a tradition in the English-speaking world that was the beginning and not the end of inquiry. But it is a tradition that we should appreciate for its acumen, progressiveness, and openness. A history of philosophy of religion without taking seriously the Cambridge Platonists and their long-standing influence may not be Hamlet without the Prince, but it might be Hamlet without the ghost, Gertrude, Horatio, and Ophelia.