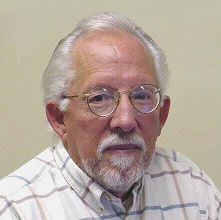 The term ‘religion’ has been defined in many ways. Perhaps a “family resemblance” approach (e.g., Ninian Smart) avoids problems with generalized, essentialist, and stipulative proposals. No specific trait is necessary and each will vary in function and importance for a particular religion. In ordinary communication today the term has a narrower and wider application, sometimes expressed in the distinction between “the (established, conventional) religious” and “the spiritual.” References can cover just about any position or perspective which advocates a special status to ideas, values, and practices that go beyond a kind of no frills materialism or naturalism and somehow promise access to special meaning otherwise unavailable.

A central goal of religions is to provide an account of life and how best to live it. These are expressed in a set of beliefs (in various narrative forms), include exemplary models, moral incentives, with special activities for individuals and groups. These function to inculcate attitudes, generate specific experiences and perspectives, provide information about how humans and the world are arranged and operate, and explain how this provides opportunities to remedy (liberate, redeem, enlighten, transform) human conditions that require special countermeasures. Whether it is ignorance (sin, suffering, karma, evil of various forms) or a more general concern about the true meaning and fulfillment of life, religions promise a way to overcome such deficit conditions, function as agents of encouragement and transformation, and identify a person’s role in the ultimate scheme of things.

One may learn a religion (1) as a participant and believer, (2) from accounts provided by those who are knowledgeable about their/a religion—emic or phenomenological approaches, or (3) from the point of view of various disciplines which follow their own independent methods such as history, psychology, anthropology, linguistics, and others, including philosophy of religion and comparative religion—etic approaches. The etic approaches continue to advance and provide valuable information about aspects of religions that challenge what religions say about themselves and their explanations.

With these preliminaries in mind, philosophy of religion is most concerned to examine and evaluate the philosophical content of a religion. Besides the ritual, educational, social, political, historical, aesthetic, organizational, and other aspects of a religion, religions assume and operate on the basis of beliefs. Philosophy of religion aims to determine exactly what is being maintained, what such assertions mean, and whether or not there is good evidence (reasons, arguments) to support whatever is maintained (presupposed, concluded). Standards may include experiential-phenomenological data, correspondence (external verification), coherence, pragmatic value. Epistemic concerns include a range of issues such as realism/non-realism, the role of reason, faith, passion, imagination, the expressible/ineffable, transcendence/immanence.

The approach assumes that religions should not themselves—on their own authority or the authority of other powers—determine the status of the claims they make. Beliefs are justifiable (warranted, credible) when supported by relevant evidence and reasons. To be taken seriously, they deserve to be subjected to rigorous standards of examination. Such a skeptical approach is not intended to diminish but to clarify whatever is included in the particular worldview.

Some religions do not place primary emphasis on beliefs (doctrines, propositions, ideas) but on practices of various sorts such as meditation, chanting, yoga, visualizations, prayer, or acts of virtue. Just about any endeavor, however, can be a source and expression of religious significance. The grounding of religious meaning can thus be found in the experiences of such performances, but these are rendered intelligible through language. The experiences are mediated by discursive communication and operate and are expressed in interpretive belief forms. These constitute objects of systematic and analytic investigation for philosophy of religion. As such, “orthodoxy” and “orthopraxy,” religions of doing (performance, enactment) and religions of thinking (believing, cognitive discernment), are interdependent and interrelated in various ways.

It is generally recognized today that adequate philosophy of religion involves being informed about both the emic and etic approaches and their abundant resources. It also involves a significant degree of familiarity with major world religions and their various philosophical forms and formulations. The degree of expertise will vary from person to person, but the educational enterprise is bolstered by well-formed philosophy/religious studies departments with colleagues able to share and teach in these various and overlapping areas.

This will inevitably invite attention to comparative approaches both to particular issues as well as belief systems and their associated practices. How best to engage in comparative analysis of religions given the many differences in time, place, culture, and language, is a significant challenge. It raises issues of relativism, perspectivism, incommensurability, pluralism, role of ineffability, possible higher (or primal) unified grounding of religions, versions of inclusive, exclusive, or other configurations, including the assessment of critiques by one religion of others and from non-religious sources.

Of the many models and metaphors, one might approach a religion as involving a kind of core circuity of concepts, related variously to one another, extending to a number of subprograms dynamically interrelated with one another and to the core. The analysis of a main concept (such as God, Dao, Brahman, Buddha Nature) leads to those other concepts that constitute its program. Questions are answered by identifying that particular idea/issue (and its calibrated value) within that subprogram and its connection to other issues and their particular conceptual context.

Considering recent developments in science, technology, and linguistics, religions can hardly escape being subjected to questions about the place of evolution, neuroscience, semiotics, reference, and meaning. Religious responses will have to fly in areas as diverse as scientific cosmology, medicine, history, linguistics, neuroscience, AI, organizational structures, and political affairs as well as with issues such as equality, fairness, and freedom. These areas challenge the value commitments and worldviews of religions.

Philosophy of religion is important because religions provide insight into the ways humans can experience and make sense of life. Philosophical inquiry is a needed service because religions offer themselves by claiming to provide saving truths necessary for human happiness now and beyond. When religions/religious leaders assume authority on ultimate matters and show little interest in considering or advocating to others an informed assessment of other religious and non-religious views, this provides a basis for intolerance and hostility toward other views and ways of living. It provides fuel for religious nationalist movements (Hindu, Jewish, Christian, Islamic, Buddhist, and others). We all are possible subjects of such influences and we need help to protect ourselves from our own vulnerabilities.

Added to this is the general inadequacy of instructional information about religions in many cultures and their educational systems. The goal of a tolerant, humble, respectful society/world with diverse religions can hardly be realized without such education.

Finally, philosophy of religion offers a unique opportunity to develop skills and sensibilities that aid in the appreciation of religions. Religions will continue to play an important role in the future. Religious aspirations have formed fascinating ways of thinking and acting in an effort to explain the nature of the most important things for humans. They deserve careful and critical attention.