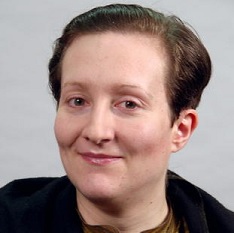 Philosophers-theologians of the first centuries CE—be they Christians such as Origen and Gregory of Nyssa, Jews such as Philo of Alexandria, or “pagans” such as Plotinus—show a refined cognitive approach to religion and a sophisticated treatment of the intrinsic dialectic of “theo-logy,” discourse/theory about the divinity, which for them is transcendent and therefore essentially unknowable. I have demonstrated elsewhere that, although they belonged to different religious traditions, their approach to the divine and to the dialectic of theo-logy was similar on account of their common philosophical affiliation, namely their affiliation to so-called Middle and Neoplatonism (see my “The Divine as Inaccessible Object of Knowledge in Ancient Platonism: A Common Philosophical Pattern across Religious Traditions,” Journal of the History of Ideas 75.2 (2014) 167-188).

Origen of Alexandria († 255/6), a Christian Platonist, advocated—like Philosophy of Religion much later—a philosophical study of (Christian) religion, as presented in the Jewish-Christian scripture. In his view, scriptural exegesis was a philosophical task. This is why he intentionally used the terminology and methodology of philosophical investigation (zetesis) in biblical exegesis, and he included his theory of biblical hermeneutics not in any exegetical work of his, but in his philosophical masterpiece, On First Principles. And this is also why Origen did not teach theology without having taught the rest of philosophy first, and, conversely, he banned atheistic philosophical schools from his teaching as not providing the appropriate philosophical framework for the study of the divine.

I think that the study of ancient and late antique philosophies and theologies and their interrelations can prove a source of rich inspiration for Philosophy of Religion today. Indeed, it is only Philosophy of Religion, qua philosophical discipline (as opposed to Religious Studies and even to the various religions), that can answer the essential question, “What is Religion?”. No wonder that, as Michael Bergunder notes, “Religious studies cannot agree on a common definition of its subject matter” (“What is Religion? The Unexplained Subject Matter of Religious Studies,” Method and Theory in the Study of Religion 6 (2014) 246-286: here 246). In fact, only philosophy can provide this definition, or investigate towards such a definition. Likewise, for instance, the questions, “What is Ethics? What is morality? What is ethical?” can be answered, not by Ethics, but by Metaethics, which is in turn a philosophical discipline.