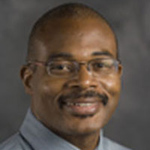 So what is the philosophy of religion? During the period of late antiquity, as philosophical theologians appropriated Plato, Aristotle, Stoicism, and other forms of Greco-Roman thought, the philosophy of religion became a discourse of the Christian church. If this way of describing the matter is a bit too stark, then we can say that the philosophy of religion became Christianity’s valet. Hard and fast distinctions between philosophy of religion and philosophical theology did not exist. Thus the importance of Augustine as a philosopher cannot be determined apart from his theology. The two are mutually constitutive. There is no distinction to be made. Several centuries later, these same relations were true with respect to Aquinas. By the time of the European Enlightenment, a standard set of argumentative foci had emerged: the existence and nature of god, the problem of evil, the reality of miracles, the immortality of the soul, and the reasonableness of Christian belief. Even Spinoza, perhaps the most unconventional of philosophers, could not wholly escape this theocentric discourse. Thus god (or nature or infinitive substance) has the starring role in the Ethics. While the traditional foci—god, evil, miracles, immortality, and rational belief—have not disappeared, the nineteenth century saw an erosion of their organizing power as the philosophical discourse of religion slipped the noose of the older tradition. Vast differences among philosophers of religion became increasing evident. To see the incredible diversity and the extent to which the old paradigm and foci have been displaced, one need only consider the differences among four twentieth-century philosophers of religion: William James, Alvin Plantinga, Robert Neville, and Mark C. Taylor. Though I drop these names (without elaboration) to make a point, several alternative lists are easy to compose.

A concluding note: the philosophy of religion is a writing-mediated wisdom tradition that grapples critically with the nature of religion, including the reality (imaginary or “really real”) of supernatural, “nature-queer,” transcendent, and/or counterintuitive agents, objects, places, performances, and encounters. In addition, the philosophy of religion explores cognitive, emotional, and axiological orientations toward these phenomena.