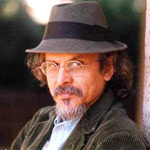 Philosophy of Religion (PR) undertakes a critical examination of the methods and reasoning behind theologies and arguments in a range of religious traditions. It also examines critical responses to the doctrinaire commitments of religions – from the alternative points-of-view of secularism, science, atheism (or variant nontheism and agnosticism), feminism and postcolonialism. Unlike the study of World Religions, which provides a descriptive account of religious beliefs, PR engages in critiquing, comparing and evaluating religious beliefs, theological doctrines and indeed arguments that are worked up within the respective traditions in defence of these. This helps toward gaining an insight into different typologies and patterns of religious beliefs, theological thinking and metaphysical arguments that ground them as well as their ideological and moral ramifications.

Philosophy of religion as conventionally practiced in the Western academy has focused heavily on the problems chartered out by theodicy, which arise principally from the traditional tussle in natural theology over truth–claims based on faith as against the judgment of reason. In the Western context, the debates centre around five problems:

However, it is often pointed out that philosophy of religion has paid comparatively little attention to religions outside of Western history, as a totality of worldviews, encompassing doctrines, ideologies, myths and symbolic patterns that make up other cultures’ ultimate concerns. This is usually dubbed ‘the cross-cultural challenge’. That critique and approach examines a range of philosophical traditions for their respective concerns and approaches to what each might consider to be the ‘big problems’, and the alternative responses these may yield within their own belief systems and reflections. Hence, Islamic thought, Eastern philosophies, particularly Indian Dharma (Hindu, Buddhist, Jain, Sikhi, Postcolonial), Chinese Indigenous (Confucian, Daoist, Mohist) native spiritualities, and the scientific, feminist with postmodernist critiques, leading onto postcolonial discontents, are critically drawn upon for their interrogations into the nature of transcendence or ultimate reality, the self and its purpose, action and its consequences (karma), human beings’ relationship with nature, and liberation, among other issues. The challenges of Science (natural and human sciences), Secularism and the Atheism throughout the history of Western thought, and their counterparts in Eastern traditions (schools within Hindu, Buddhist, Jain and modern secular ethos), are also considered in this battle for the final answers to the ultimate questions or the best conceptualisation and grasp of Ultimism.

Thus, for example, traditionally, Western philosophy of religion always begins with the question ‘Does God exist?’ It is nowadays felt that this question can only be asked from outside of a religious conception of the world and therefore prejudges the issue. It also presupposes a particular conception of God which even most theologians reject. Rather, the focus should be on investigating the structure and purported existence of different conceptions of an ultimate spiritual or metaphysical reality or ‘Ultimism’ as this might be represented in Eastern and Western and Indigenous religious traditions. Here the focus would be on how a transcendent reality has been conceived within Christianity, Hinduism, Buddhism and the religions of China, and how these traditions defend the validity of their constructions of transcendent reality. Last but not least, there might be a shift to the question of religious truth in our contemporary pluralistic and multi-faith contexts, in which religions offer conflicting interpretations of reality.

Exploring these latter critiques and alternatives to the classical treatments of the ‘big questions’ in traditions as far apart as the Chinese (Confucian and Tao), scientific, feminist and postcolonial critiques, may raise the million-dollar question: Whether one can be an atheist (or agnostic) and still enjoy the spiritual benefits of the world’s diverse religious systems and practices.? Or at least be more philosophically enlightened even while remaining sceptical about the promises of religions!

Risking simplification, the paradigmatic study of the philosophies of religion could be summarised in twelve brief points. (These also have a pedagogical value as they weave together a story of what Philosophy of Religion does and why philosophers remain committed to this sub-discipline – see, e.g. issues of ‘Sophia’).

I. The history and development of the philosophy of, with its genesis in Pre-Socratic competing cosmogenies, Plato, Stoics, and Neo-Platonists through to medieval natural theology to pre-Enlightenment renaissance among gnostically-inclined and scholastic philosophers. Post-Enlightenment thinkers took a more sceptical and critical stance.

II. ‘God’: The sustained examination of the concept or conceptualisation of ‘God’, paying particular attention to the philosophical ramifications of defining, describing and attributing certain fundamental characteristics to the monotheistically-conceived Almighty Being (such as supernatural transcendence, omnipotence, omniscience, goodness, etc) in Western theology. There is also consideration of non-theistic conceptions of Divinity, from Pantheist , Panentheistic to non-personal Beingless transcendence (Hegel’s Spirit), New Age and Gaia (echoing certain Eastern and eco-feminist spiritualities, the Tao of Theoretical Physics).

III. Arguments for and against God’s Existence: Begins with a survey of the stock philosophical Arguments and ‘Proofs’ for the Existence of God (there is a variety of such arguments, conceptual and even supposedly empirical). This is followed by a critical discussion of the different types of argument employed by Western theologians to prove the existence of their God, or the Non-existence of the Deity.

IV. Theodicy: The major objections to the arguments and goodness of God in a barrage of a charges and counter-argument come to be known widely as the ‘Problem of Evil’. The basic question being asked is : how can there be a God who is supposed to be good (or good by definition) and yet permits or turns a ‘blind-eye’ to all the suffering, pain, anguish, horror and terror (natural and moral) – indeed gratuitous and horrendous evil or suffering – in the world? That there might be grander purpose however elusive, or alternatively a fault and culpable duplicity, in God’s design as some non-believers have urged, are also looked at: can God be saved?

V. Fideism: Are there other ways of knowing God without worrying about theodicy, arguments, and evidence? Some philosophers since Kierkegaard and Kant have said ‘Yes’, and proposed their approach in terms of the ‘reasonableness’ (rationality in a ‘thin’ sense) of such beliefs (resorting to ‘faith’ for practical moral reasons, or warranting it within limited justificatory/objective criteria). Alternatively, religious beliefs are said to be derived variously from scriptural testimony, through intuition, mystical experience, or purely as a ‘leap of faith into the mystery of the unknown’. This alternative theo-philosophical route is known as Fideism, and could be rendered as the rationality of piety.

VII. Locating theodicy in Hinduism: this is achieved through a comparative analysis of the philosophical theologies of Shankara (8th cent. CE) and Ramanuja (11th cent CE) on the structure and knowability of Brahman as the true nature of oneself (beyond the psycho-physical observable ‘I’-self) marking the ultimate, transcendental, realty, there being no higher or lower that might be conceived – the Hindu conception of an ultimate reality.

VIII. Reason and logic in Buddhism: particular attention is given to how logical analysis is used as a meditative tool by Middle Path Buddhists who wish to experience transcendental reality referred to as Suchness or Emptiness (shunyata) in Buddhist philosophy.

IX. Confucianism and Daoism: the Chinese notions of the secular as sacred and the importance of rites (morality-based) and aesthetic orientation over beliefs, whether based on faith or on reason.

X. Science, Secularism and New Atheism: modern rational and sceptical grounds for rejecting organised religions and any belief in the supernatural drawing on the Enlightenment, the rigors and demands of science (mostly for empirical and mathematical evidence), and the robust, rather stridently the prophets (avatars) of the New Atheist (neo-atheist), such as Dawkins and Dennett. But the hyper-claims of science or its debunking of religious truths and practices have come under heavy counter-charges; some believe we are now moving toward a ‘post-secular’ age (or “secularity” in Charles Taylor’s trope), so that science and religion may well convege toward a complementarity understanding of reality.

XI. Feminist Philosophy of Religion: this is another critique of the ‘orthodox’ philosophy of religion, basically airing discontents with orthodox thinking, and questioning while not rejecting the overly patriarchal nature of Western theology. Formation of new categories and conceptions of everything that natural theology and philosophical theology to contemporary Philosophy of Religion has been concerned about but from the perspective of the ‘subaltern’ or the marginalised gendered voice in the deliberations and in the institutions of established religions.

XII. Postcolonial philosophy of religion: this movement undertakes multi-directed examination of the concepts of Orientalism, Eurocentrism and secularism and how by their own reductionism and prejudices or over-determination (e.g. solving the ‘Problem of Evil’ in one direction or the other, and solve they must!) they undermine the religious philosophical project. The discussions draw insights from indigenous/Aboriginal, marginal, cross-cultural, and subaltern ‘voices ‘ and how their own thinking and critiques might just take a different perspectival turn to the traditional mode of inquiry.