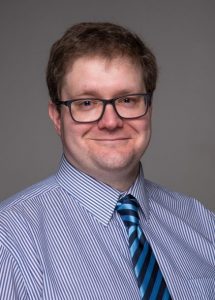 Derek Michaud is Lecturer of Philosophy at the University of Maine. We invited him to answer the question “What norms or values define excellent philosophy of religion? as part of our “Philosophers of Religion on Philosophy of Religion” series.

For one, such a conception of the philosophy of religion has always been more aspirational than real; a goal seldom if ever achieved. Not even Ralph Cudworth’s massive True Intellectual System of the Universe (1678), the first attempt to lay out a “philosophy of religion” in English (xvii), could resist the urge to stack the deck in favor of a form of the author’s favored religion. Much of the contemporary philosophy of religion follows Cudworth’s lead, usually unknowingly, but without his sensitivity to texts and history. The result is, too often, apologetics by another name. Some working in this vein defend a religious tradition while others work to discredit religion either in whole or part. The best philosophy proceeds in a humbler spirit and does its best to follow the arguments wherever they lead (Euthyphro 14c).

The ideal of rational philosophical investigation is nowhere more prone to self-sabotage than in the philosophy of religion. There are, I think, at least two reasons for this.

First, philosophers, like other human beings, have personal commitments when it comes to religion. This is unavoidable and in most respects welcome. After all, one does not investigate that which one is indifferent toward. However, this does raise the temptation to simply apologize for one’s own presuppositions.

Second, philosophy and religion are closely related by their very natures. This is an unpopular position among contemporary philosophers but consider the following. Religions make metaphysical, epistemic, and axiological claims. For example, claims to prophetic revelation pose serious questions of an epistemological nature as well. If the epistemologist finds it a challenge to account for how we come to know everyday objects the challenge is taken up several notches when considering how one can know the invisible and ultimately unknowable! Consider also the mutual influence of religious ideas and practices in the history of philosophy. For Plato philosophy is a purifying process (Phaedo 64a) leading to becoming like God (Republic 500c-d). Aristotle too understands his philosophy in nominally religious terms, referring to his metaphysics as “theology” (Metaphysics 6.1026a). Throughout most of the history of Western philosophy, in fact, philosophy retained an intentional closeness to religion, oftentimes drawing inspiration from faith and influencing those faiths in turn. This tendency is only magnified when we look beyond the limits of Greek inspiration. For the Advaita Vedanta of Shankara, the Madhyamaka of Nagarjuna, or the Lǐxué of Zhu Xi to name but a few, true religion is philosophical.

There is no space in this blog post to argue for it adequately but I think that philosophy and religion are complementary and mutually supportive and often corrective. Philosophy without religion is heartless. Religion without philosophy is mindless.

The philosopher of religion must also be a student of religion. This sounds like it should go without saying but there is no shortage of otherwise rigorous work in the philosophy of religion that makes little or no effort to familiarize itself with the complexity of lived religion in practice or even the linguistic and historical nuances of religious ideas. Many working in the analytic philosophy of the Christian religion, for example, have adopted the practice of exploring the plausibility of literal readings of creedal orthodoxy at the expense of attention to the beliefs and practices of actual living Christians. If the philosophy of religion is to serve more than an insular curiosity it must engage with religion as it is lived and practiced and not merely as it is codified by theologians. This means that philosophers must resist the urge to think of religion as a clear and distinct object of study.

Indeed, religion is a frustratingly complex thing to investigate. Even among religious studies scholars, there is no single agreed upon definition of religion much less uniformity with respect to methodology. The reasons for this are legion. Religion itself, whatever it is, involves or is involved with every aspect of human existence. It is as multifaceted as we ourselves are and lessons can, therefore, be learned by employing every conceivable methodological approach. So, before the philosopher applies their methods to some aspect of religion(s) they must become as well acquainted with their object as possible. This calls for a high level of multidisciplinary competence and cooperation, but above all deep humility.

Developing research levels of competence in all the scientific, behavioral, and humanistic approaches to religion is impossible for a single philosopher. General literacy, however, is difficult but possible and even essential. If they would seek excellence the philosopher of religion must cultivate the humility to remain a student of religion. This means being intentionally open to new insights and new approaches while avoiding the conceit that one has it all figured out. Institutionally this will often mean inhabiting the philosophical and the religious studies spaces simultaneously. At a minimum, it means carrying on an ongoing conversation between fellow philosophers and scholars of religion.