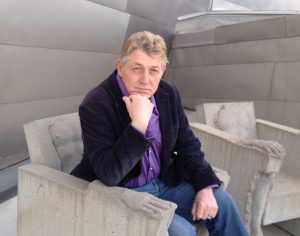 Carl Raschke is Professor of Religious Studies at the University of Denver. We invited him to answer the question “What norms or values define excellent philosophy of religion? as part of our “Philosophers of Religion on Philosophy of Religion” series.

Throughout the nineteenth and twentieth centuries – and now we near the close of the second decade of the twenty-first century – the question of what constitutes “excellence” in the philosophy of religion has always been intertwined with the fashions and protocols that rise and fall episodically in the enterprise of philosophy itself. Different approaches to what historically has been called “philosophy” routinely dictate cognate strategies for positioning how we do philosophy. At the same time, each of these approaches conditions what precisely we mean by “philosophy of religion.”

The term “philosophy of religion” itself is a product of the nineteenth century. Hegel in his Lectures on the Philosophy of Religion was the first to give it currency. Prior to Hegel, and for much of the modern period itself, the question of the “religious” was inextricably intertwined with theological issues pertinent to philosophy itself. From Descartes’ efforts in the Meditations to justify the certitude of the cogito through an appeal to the goodness of God to Kant’s quest for a “religion within the limits of reason alone”, the sorts of matters that preoccupied pre-Hegelian philosophy might be better characterized as concerns for a philosophical theology rather than what later came to be known as “philosophy of religion”. Of course, we still continue to ply these concerns (for example, the classical arguments for the existence of God) under the rubric of contemporary philosophy of religion.

Hegel, however, was the first to posit “religion” in the generic sense as a distinctive topic area for philosophical reflection. As one can easily deduce from his Lectures, he would not have had the appropriate context to frame the problem of religion in the manner he accomplished apart from the beginnings of what later would be called the “history of religions” movement in German Romanticism in the early decades of the nineteenth century. As knowledge among Western scholars concerning the varieties, gradations, and intricacies of human religiosity increased exponentially later in the century, in no small part due to European colonial expansion and the rise of anthropology as a distinctive field of inquiry, the question of religion became less one of an epistemological evaluation of doctrine and belief and increasingly an effort to develop a methodology for making sense out of what religious adherents write and say as well as how they behave on a day-to-day basis. What figures such as Rudolf Otto, Willliam Brede Kristiansen, and Gerardus van der Leeuw characterized as a “phenomenology” of religion took its place alongside more traditional examinations of what were essentially theistic claims about God, the world, and the presumed supernatural order of things.

By the mid-twentieth century the hegemony and prestige of the natural sciences fostered a preoccupation with the degree to which religious convictions and concerns could be warranted by the fundamental canons of scientific rationality. The fashions in Anglo-American philosophy known as “logical positivism” and “linguistic analysis” (the latter deriving largely from the jottings and lectures of the Cambridge philosopher Ludwig Wittgenstein) turned the philosophy of religion for a season into an exercise in either repudiating religious language as “nonsensical” or trying to making it into something other than what it really was. The impact of French post-structuralism in the 1970s and 1980s, especially with the celebrity status of Jacques Derrida across the spectrum of the humanities, together with new translations of Martin Heidegger’s philosophy, precipitated the so-called “Continental turn” in philosophy of religion, which unsurprisingly gave birth to its own “theological turn” toward the end of the millennium.

The basic point is that trends in philosophy as a whole invariably set the standard for the criteria we employ to chart key agendas for the philosophy of religion specifically. Thus in order to bring the theme of this discussion – namely, what “norms or values define excellent philosophy of religion” – we have to ask ourselves what comparable measures or models shape what might be called “excellent philosophy” overall? In many respects philosophy itself, particularly in the Anglophone world, is more in doubt about itself than ever before. Growing social and political pressures and critiques from other disciplines and constituencies have rendered it impossible for philosophy to continue to couch its issues and go about attempting to resolve them in the somewhat self-congratulatory and insular manner that typified the field through much of the last century.

Burgeoning investigative terrains in cognitive and neuropsychology, for instance, have compelled researchers in the “philosophy of mind” – the discipline’s perennial and staple subspecialty – to ask entirely new questions than they have been accustomed to. Postcolonial literature, gender studies, ethnic studies, and such relatively fledgling subject interests as critical race theory have forced philosophy, even if extremely reluctantly, to reflect on, while coming to terms with, its own unacknowledged procedural biases, privileges, and epistemic blind spots in what are taken for granted as irreducible as well as inviolable norms of formalized “rationality”. The same apparatus of critical-theoretical assessment, which philosophy itself can no longer resist, applies straightaway to the philosophy of religion. The multifarious and increasingly interdisciplinary praxis that has come to be known as critical theory (far outpacing what the word signified a generation ago with its almost exclusive connotations of the output of the Frankfurt School) is perhaps the benchmark for much cutting-edge philosophy of religion today.

Figures such as Slavoj Žižek, Jacques Lacan, Julia Kristeva, Michel Foucault, Cornel West, Giorgio Agamben, Achille Mbembe, or Judith Butler, who would never have been considered luminaries in either philosophy, or philosophy of religion, as late as the early 1990s, are now cited almost as frequently as Kant, Hegel, Kierkegaard, or Nietzsche. We are witnessing what might be termed the critical theoreticization of the philosophy of religion, and given the globalized and intercultural academic environment in which we are all now embedded, the swing in this direction is most likely to intensify, not abate.

Delineating “excellence” in the philosophy of religion, therefore, will mean that we have to broaden our range of vision concerning both the nature of “religion” itself and the kind of philosophy that pursues it. What Jacques Derrida identified in the early 1990s as the “return of religion” will not go away. But we are ever searching for more trenchant and complex meanings about religion as it persists in this post-secular age, and only the philosophy of religion, given its mastery of the critical machinery for wide-reaching scrutiny of diverse phenomena it developed two and a half millennia ago to be joined to the human sciences in their empirical sophistication, can really do the job.

We may be closer to what Nietzsche once called the “philosophy of the future” than we care to acknowledge. Similarly, we may also now be right on the cusp of a philosophy of religion of the future, which are just now scrambling to imagine.