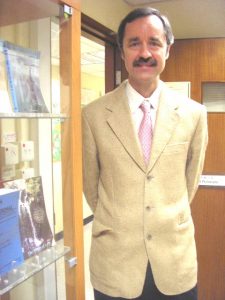 Stephen Palmquist is Professor of Religion and Philosophy at Hong Kong Baptist University. We invited him to answer the question “What norms or values define excellent philosophy of religion? as part of our “Philosophers of Religion on Philosophy of Religion” series.

If we regard this as a philosophical (not a scientific) question, then the first step to answering it is to determine what norms or values define excellent philosophy, in general. Once that is established, we can inquire whether the nature of religion brings with it any special features that make the task of doing excellent philosophy of religion unique.

Unlike scientific explanations, excellent philosophical explanations must be multi-perspectival. A question that has only one right answer is not philosophical; instead, it is likely to be about facts. While we philosophers should care (deeply!) about any facts relevant to our inquiries, our peculiar way of interpreting facts means that answering a philosophical question cannot be done in one absolutely “right” way. This does not mean there are no right answers to philosophical questions; rather, there are many. But this does not make any answer equally good; for there would then be no such thing as excellent philosophy.

The essentially perspectival nature of all genuinely philosophical questions means that the correctness of each purportedly “right” answer must be assessed in terms of its aptness for the perspective the questioner adopts when posing the question. A single question, such as “Does God exist?” can have many good answers, depending on whether the questioner assumes science, morality, aesthetics, or something else as the context. Each different type of inquiry has different boundary-conditions, so a good answer within each context is bound to differ from those in other contexts.

Before applying this definition of excellent philosophy to the specific case at hand, we must pause to consider whether anything distinctive characterizes the range of philosophical topics and questions that typically come under the umbrella of philosophy of religion. In particular, does religion have features that make it especially difficult (or for that matter, easy) to think about philosophically, compared to other philosophical topics? Yes and no.

Religion is about the transcendent—i.e., the ultimate reality that often goes by the name, God—and humanity’s attempts to experience and respond appropriately to transcendence. Surely there can be only one ultimate; everything else by comparison therefore belongs to the multi-faceted reality that arises in and through our contact with the world. This, then, is a key difference. Political philosophy is about how to legislate agreements between human beings living in the world; philosophy of science is about how we understand the empirical world in which we find ourselves; philosophy of history deals with how we interpret the fact of our being in time; and the list of other applications of philosophy goes on. Viewed from the perspective of the age-old distinction between the One and the many, the subject-matter of religion is set apart from that of all other philosophical subjects by being rooted in the One rather than in the many.

Nevertheless, we might also say that the way philosophy approaches religion is no different from the way it approaches any other topic. Religion is integrally bound up with the meaning of life. Yet so are politics, science, history, and any other topic that can be addressed philosophically. Indeed, one might say that, insofar as we are addressing a question philosophically, we are inquiring into its relevance to the meaning of life. Or, put differently: philosophy is about finding the truth, not just temporarily, but what is really true. And if what is ultimately true does not change, then truth (the desired outcome of philosophical reasoning) should always be associated with the One, not the many—just as Parmenides argued so long ago. From this perspective, I would dare to suggest that all (excellent) philosophy is ultimately philosophy of religion!

Ironically, actual historical religions or religious persons sometimes actively oppose philosophy or philosophizing. Excellent philosophy of religion should provide an explanation for this odd fact. Perhaps it occurs because religion—dare I say, bad religion?—tends to view itself as having direct and therefore exclusive access to mono-perspectival Truth. Philosophy’s task of inquiring after the T/truth from multiple perspectives therefore strikes many religious people as a futile discipline. This poses a challenge to philosophers of religion who associate with a particular religious tradition and therefore hope to make a religiously relevant impact on their field.