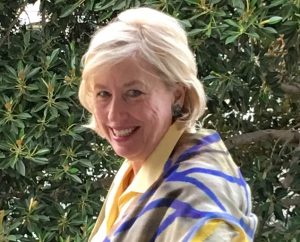 Nancy K. Frankenberry is John Phillips Professor of Religion, Emeritus at Dartmouth College. We invited her to answer the question “What norms or values define excellent philosophy of religion?” as part of our “Philosophers of Religion on Philosophy of Religion” series.

Epistemological questions constitute an important part of the traditional agenda for philosophy of religion. With the advent of gender studies, however, non-traditional questions have come to the fore. What has the status of knowledge in various religious traditions? What gets valorized as worth knowing? What are the criteria evoked? Who has the authority to establish religious meaning? Is religious meaning something distinct from or independent of ordinary linguistic meanings of words? Who is the presumed subject of religious belief? How does the social position of the subject affect the content of religious belief? What is the impact upon religious life of the subject’s sexed body? What do we learn by examining the relations between power, on the one hand, and what counts as evidence, foundations, modes of discourse, forms of apprehension and transmission, on the other? In view of the intimate connection of power/knowledge, how do we handle the inevitable occlusion that attends all knowledge production? What particular processes constitute the normative cultural subject as masculine in its philosophical and religious dimensions?

I answer such questions from the far country called “feminist,” a region seldom visited by mainstream philosophers of religion, at least those in the Anglo-American tradition. Yet the development of feminist philosophies of religion remains an urgent part of our agenda. I say “part” of the agenda in order to recognize Kimberlé Grenshaw’s point about intersectionality: that there are overlapping systems of oppression and discrimination due not only to gender, but also to ethnicity, sexuality, and economic and religious background. Attempting to do justice to multiple axes at once can be exhausting, and perhaps that is why most philosophers of religion repair so readily to the highly abstract and rarified regions of metaphilosophy when they discuss norms and criteria for evaluation in our field.

Without the category of gender firmly recognized as a crucial ideological barometer of both past and present, of the philosophical and religious texts we read and of the ones we as philosophers of religion then write, philosophy of religion will slide back into its traditional, monologically male vision of things, regressing into a less problematic, pre-feminist world that conservative voices have lately tried to recuperate by proclaiming that contemporary theory has now entered the happy haven of a “post-feminist era.” Like its mythical twin the “post-racial era,” this phrase has meaning but no reference.

Standard norms and criteria such as coherence, consistency, evidential warrant, adequacy to experience, clarity, simplicity, cogency, and plausibility, do not get lost in feminist philosophies of religion; they remain critically important for showing and protecting whatever objectively-valid claims we may make. But feminist work in our field does require, among other things, a “principle of concretion,” by which I mean something other than Whitehead’s idea of God. A principle of concretion is needed to move from the level of abstract generality to the level of concrete particularity. Both levels of analysis are valuable, but which is more inclusive? My suggestion is that the concrete includes the abstract and exceeds it in value. For example, we might extract the following abstract generalities from the philosophy of Donald Davidson: 1) rationality pertains to anything that has a mind; 2) the constraints of rationality pertain to the conditions necessary for both mind and interpretation; 3) thought requires that we have the concept of error, of making a mistake; 4) thought presumes the concept of objective reality and of truth; 5) therefore, general skeptical claims are unintelligible, even if specific claims can be doubted; 6) communication with others is required and a shared world of objects in a common time and space; 7) knowledge emerges holistically and is interpersonal from the start. Moving from the abstract rule-based general constraints enumerated in 1-7, feminist inquiry then asks about the concrete particularity of the exercise of rationality, the gendered aspects of having a mind, the various ways in which gender norms differentially structure the religious spaces to which men and women are admitted, the presentation of self to others, etc. etc. One can imagine such concretion unfolding with copious narrative detail at the concrete, empirical level. It is not so much that rationality has a gender as that any agent who applies reason is gendered. The point is to scrutinize the gendered values that constitute our epistemic practices by attending to the concrete as much as to the abstract, and to the inextricable interrelatedness of the two.

What difference does the difference of gender make? More than anything else, it serves to orient philosophy of religion to affirming immanence, rather than to escaping finitude, embodiment, and materiality. I have space to mention but two leading authors. The work of Pamela Sue Anderson (1955-2017) was governed by the double imperative: “to think from the lives of others” and “to reinvent ourselves as other.” She articulated a feminist philosophy of religion around three central theoretical elements: feminist standpoint epistemology, inspired by Sandra Harding’s feminist philosophy of science; bell hook’s central concept of “yearning” as a cognitive act of creative and just memory; and the Spinozist dimensions of Michele Le Doeuff’s form of rationalism. Together, these themes ensured that social locatedness was always prominent in Anderson’s work, that yearning and all it stood for motivated her struggle in the search for personal communal justice, and that no personal, male-gendered deity was implied, yet a creative corporeality was at work in the very exercise of reason, giving rise to a new form of reasoned thinking which has God or Nature (deus sive natura) as its ground.

Indeed, for Pamela Anderson yearning is the vital reality of human life that gives rise to religious belief, and rationality based on creative corporeality belongs at the heart of feminist philosophy of religion. Therefore, philosophical analysis of and feminist concern with reason combined with desire, as found in expressions of yearning for truth whether epistemological, ethical (justice), or aesthetic (love or beauty), need to supplement standard approaches to philosophy of religion.

With a different regard for the place of rationality, Grace Jantzen (1948-2006) argued that feminist philosophies of religion should forego the preoccupation with the rational justification of beliefs and the evaluation of truth-claims. Inspired mainly by French continental philosophy, Jantzen constructed a philosophy of religion built on natality and birth. For her, the “path of desire to/for the divine” opened up the symbolic impact of birth rather than death as a strategy for creating a new imaginary construct that emphasizes flourishing of life rather than sacrifice of it. The norms of ethical or political adequacy can perfectly well supplement, if not replace, those of epistemic adequacy. Jantzen proposed nothing less than a new imaginary of religion, a feminist symbolic of “natality and flourishing” as an alternative to the category of mortality, verging on necrophilia/necrophobia, with which the western tradition has been saturated. Influenced by Hannah Arendt’s work on natality and Adriana Cavarero’s feminist reading of Plato, Jantzen believed that a preoccupation with death and violence subtends the masculinist imaginary. If feminist philosophy of religion is ever to transform the symbolic order that inscribes this imaginary, it is necessary to change the imaginary. For this purpose, she thought that a model of transformative change drawn from psychoanalysis and Continental philosophy of religion was more useful than a model drawn from Anglo-American adversarial modes of argumentation.

The Western symbolic, long saturated with violence and death, is epitomized in the crucified Christ. Sacrificial codes involve a forgetting/erasure of the complex role of the maternal, amounting to a “matricide” at the foundation of religious practice. The central figure of the western cultural imaginary is the unmourned and unacknowledged sacrifice of the (m)other’s body that Christianity masks under the Eucharistic sacrifice of the son. The real symbolic association, then, according to Jantzen, is not between women and birth, but between women and death, setting up men as cultural masters over and above mortality and its intimations in the bodies of women.

The provocations that the work of Anderson, Jantzen, and other feminist philosophers of religion have contributed over the course of several decades now demand to be addressed in the new agendas and manifestos appearing from Wesley Wildman, Kevin Shilbrack, Thomas A. Lewis, and Timothy Knepper.