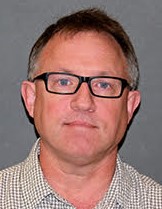 Mark Gardiner is Professor of Philosophy at Mount Royal University, Canada. We invited him to answer the question “What norms or values define excellent philosophy of religion?” as part of our “Philosophers of Religion on Philosophy of Religion” series.

In my view, philosophy of religion does not differ from any other area of philosophy on methodological grounds; critical analysis, meeting argument with argument, and adherence to some basic principles of logic are pretty much the tools of all philosophers. Perhaps there is a difference in the aims of philosophy of religion and its counterparts. Ethics and metaphysics, for example, may be seen as having different aims: the former with what to do and the latter with what to believe. However, besides the believing/acting distinction being challenged on many grounds, especially by the sort of pragmatic-oriented philosophy of language and action I’m inclined towards, this difference in aim might hide a commonality at a higher level, namely that both are tied to a concern with that old chestnut of the philosopher, namely truth. For example, an ethicist may be interested in whether the claim “Eating meat is wrong” is true or false, and similarly for a metaphysican over the claim “Mind and matter are distinct substances”. Is there an obvious counterpart in philosophy of religion? Are philosophers of religion, as such, concerned with the truth or falsity of “Jesus is lord” or with “All dharmas are fixed on the self in their own-being”? Some may be—perhaps those who are also religious adherents or theologians—but many will not be. Many, though I recognize not all, philosophers of religion do not regard the task of determining the truth-values of particular first-order religious claims to be any part of the philosophy of religion. To this I see affinity with philosophy of science, which is by and large content to leave the question of which first-order scientific claims are true and which are false to scientists. (Though the affinity doesn’t go too far—I don’t know of many philosophers of religion who are content to leave the question of the truth-value of ‘Jesus is lord’ up to the adherent.) Indeed, I can see how or why some philosophers would argue that higher-level questioning, say over the overall rationality of a religious system rather than over the truth-value of a particular claim, is what is indicative of excellent philosophy of any sort.

The organizers of PhilosophyOfReligion.org of course know this—this is the 3rd in a series of blogs, the first asking precisely what philosophy of religion is. My point, though, is the answer I give to the question for this blog depends on the one I gave to the first…. I don’t expect the reader of this blog to be familiar with that one; as a summary, it was that the key concept—religion—needed to be understood in very broad, flexible, and, perhaps ironically, vague terms. Largely as a result of collaborations I’ve had with those who describe themselves as scholars, not philosophers, of religion, I have come to regard philosophy of religion more as a branch of philosophy of social science (particularly, following Kevin Schilbrack, as philosophy of religious studies) than as an autonomous or sui generis discipline. Much philosophy of religion, what I tend to call traditional philosophy of religion, has tended to equate religion as such with ‘world views’ or belief systems—already a mistake as religions, when appreciated in the concrete rather than the abstract, include much more varied phenomena, including practices, norms, social institutions, laws, etc. Worse, it has overwhelmingly tended to equate it with a particular type of belief system, namely Eurocentric abstract monotheism. By privileging ‘belief’ as the central form that religious phenomena take, what has been taken to count as philosophy of religion has likewise been narrow and, in my mind, unnecessarily limiting and skewed.

And so I finally get to the heart of the start of my answer to the blog question: philosophy of religion is the philosophical study of religion as such, and any a priori delimitation of the very concept of religion built into that study will detract from it achieving excellence. The fundamental value of excellent philosophy of religion, I submit, is an openness to continually rethinking the content of its own subject matter. The so-called ‘new atheism’ of people like Richard Dawkins and, yes, even the philosophically astute Daniel Dennett, is hamstrung by its inability to see religion in any term other than as oppositional to science, and hence writes it off as irrational superstition. The ‘new atheism’ does not constitute, in my mind, excellent philosophy of religion. Other approaches, perhaps certain forms of theology, may err in the other direction by overemphasizing the task of understanding or making rational sense of religion to the extent of making it immune from critical challenge. Some of the ‘grand theories’ of religion of the past—e.g. Marx, Freud, Frazer—tended to see religion almost exclusively as something that needed to be explained, by which they usually meant explained away, by reference to something else (economics, psychology, proto-science). Excellent philosophy of religion likewise does not presume any a priori task with respect to its subject matter. To do so is to limit its conception of its subject matter. Each of interpreting, explaining, and critiquing religion and religions can constitute quite philosophical activities, and all the more excellent ones when no one task is supposed to be preeminent.

The danger with what I have argued is that it is so open-ended, so vague, as to be practically useless in terms of functioning as genuine norms or values. I agree that the concept of religion, i.e. the conception of the very subject matter of philosophy of religion, cannot be entirely unconstrained. Here I lean heavily on what my colleagues in the social scientific study of religion have to say. The best place to start is not some conception of religion in the abstract, but rather with the full particularities of religions on the ground. And so my final value of excellent philosophy of religion: an openness to see the philosophical study of religion as coextensive, continuous, and intersecting with other academic studies.