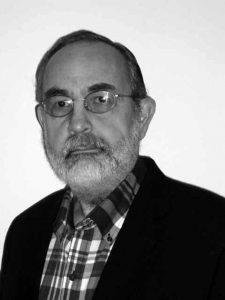 Merold Westphal is Distinguished Professor of Philosophy Emeritus at Fordham University. We invited him to answer the question “What norms or values define excellent philosophy of religion?” as part of our “Philosophers of Religion on Philosophy of Religion” series.

Jean-Luc Marion has shown us one way to do this. Theological accounts are meant to tell us what is real or actual, while philosophical descriptions (phenomenological in Marion’s case) are meant to tell us about the possible, what might be actual. We might say that one makes truth claims while the other is concerned about meaning.

I find this distinction helpful and see no reason why phenomenologists and historians might not accept it. But many, if not most, philosophers of religion (as specified above) would not be willing to bracket truth claims in this way. They claim to provide a supplemental or, in some cases, a superior mode of truth to that of the theologian. What we need is a distinction that leaves both sides free to make truth claims and focuses on the different criteria they employ. As I am using the term, the theologian takes the scriptures and traditions of a particular religion as normative for the discourse, while all those I have included above in the philosophy of religion do not.

Two caveats. First, just as philosophers in general can be deeply indebted to various thinkers or traditions without giving them de jure status as criteria, so philosophers of religion can be deeply influenced by various scriptures and traditions without making them into norms. Second, regardless of what theological account theologians may give about the relative status of scripture and tradition, the two can never be neatly separated in actual theological work. Accordingly, my account of theology does not require any particular theory of their relation.

So, by definition the philosopher of religion does not make of any scripture or tradition a norm that requires conformity. It is tempting to suggest that the alternative is Reason rather than Revelation. This is often accompanied by the claim that this is both epistemically and politically superior by virtue of being universal rather than particular, plural, and merely tribal. But it turns out that this is impossible, for there is no such thing as Reason. Anything concrete enough to function as a criterion turns out to be a particular version of reason claiming to be Universal Reason.

Consider Spinoza, Kant, and Hegel, the most powerful European philosophers of religion of the seventeenth, eighteenth, and nineteenth centuries, respectively. Each claimed to be the voice of Reason, in whose name they flat out rejected some of the beliefs of Jewish and Christian monotheism, while reinterpreting others beyond recognition (Deus sive natura, for example). Each of the three is deeply incompatible with the other two, for each was appealing to a different version of reason. Their criteria were anything but universal, and their theologies relate to one another much the same as Judaism, Christianity, and Islam, or Orthodox, Catholic, and Protestant.

What this means, in terms of our question of criteria, is that the norms at work in any philosophy of religion are as particular and thus as controversial at the substantive theses they seek to legitimize. Often they are the more formal elements of some particular philosophical or theological tradition, but this does not make them self-evident and axiomatic (except to those already singing in that particular choir). For those who understand this to be the hermeneutical situation and who have taken the hermeneutical turn, this is not a misfortune to be resisted or escaped but rather than inevitable consequence of our inherent finitude.

This kind of analysis has two significant implications. First, philosophy of religion is no less parochial, “denominational”, or “confessional” than theology, just differently thus. Second, if we seek to justify our theorems with reference to our axioms (to use this geometrical language metaphorically), it now turns out that our axioms, the norms that function in an a priori manner, are also in need of justification. But that is a very difficult task. For it is hard to see how one can find “neutral”, “presuppositionless”, “objective” criteria in terms of which to validate our criteria. They appear to be matters of faith, not theological faith, but faith in the sense of belief that cannot justify itself in terms of Reason, but only in terms of some quite particular version of reason.